New research published in Field Crops Research by scientists at the International Maize and Wheat Improvement Center (CIMMYT) responds to the question of whether wheat varieties need to be adapted to zero tillage conditions.

With 33% of global soils already degraded, agricultural techniques like zero tillage — growing crops without disturbing the soil with activities like plowing — in combination with crop residue retention, are being considered to help protect soils and prevent further degradation. Research has shown that zero tillage with crop residue retention can reduce soil erosion and improve soil structure and water retention, leading to increased water use efficiency of the system. Zero tillage has also been shown to be the most environmentally friendly among different tillage techniques.

While CIMMYT promotes conservation agriculture, of which zero tillage is a component, many farmers who use CIMMYT wheat varieties still use some form of tillage. As farmers adopt conservation agriculture principles in their production systems, we need to be sure that the improved varieties breeders develop and release to farmers can perform equally well in zero tillage as in conventional tillage environments.

The aim of the study was to find out whether breeding wheat lines in a conservation agriculture environment had an effect on their adaptability to one tillage system or another, and whether separate breading streams would be required for each tillage system.

The scientists conducted parallel early generation selection in sixteen populations from the breeding program. The best plants were selected in parallel under conventional and zero-till conditions, until 234 and 250 fixed lines were obtained. They then grew all 484 wheat lines over the course of three seasons near Ciudad Obregon, Sonora, Mexico, under three different environments — zero tillage, conventional tillage, and conventional tillage with reduced irrigation — and tested them for yield and growth traits.

The authors found that yields were better under zero tillage than conventional tillage for all wheat lines, regardless of how they had been bred and selected, as this condition provided longer water availability between irrigations and mitigated inter-irrigation water stress.

The main result was that selection environment, zero-till versus conventional till, did not produce lines with specific adaptation to either conditions, nor did it negatively impact the results of the breeding program for traits such as plant height, tolerance to lodging and earliness.

One trait which was slightly affected by selection under zero-till was early vigor — the speed at which crops grow during the earliest stage of growth. Early vigor is a useful adaptive trait in conservation agriculture because it allows the crop to cope with high crop residue loads — materials left on the ground such as leaves, stems and seed pods — and can improve yield through rapid development of maximum leaf area in dry environments. Results showed that varieties selected under zero tillage showed slightly increased early vigor which means that selection under zero tillage may drive a breeding program towards the generalization of this useful attribute.

The findings demonstrate that CIMMYT’s durum wheat lines, traditionally bred for wide adaptation, can be grown, bred, and selected under either tillage conditions without negatively affecting yield performance. This is yet another clear demonstration that breeding for wide adaptation, a decades-long tradition within CIMMYT’s wheat improvement effort, is a suitable strategy to produce varieties that are competitive in a wide range of production systems. The findings represent a major result for wheat breeders at CIMMYT and beyond, with the authors concluding that it is not necessary to have separate breeding programs to address the varietal needs of either tillage systems.

This work was implemented by CIMMYT as part of the CGIAR Research Program on Wheat (WHEAT). 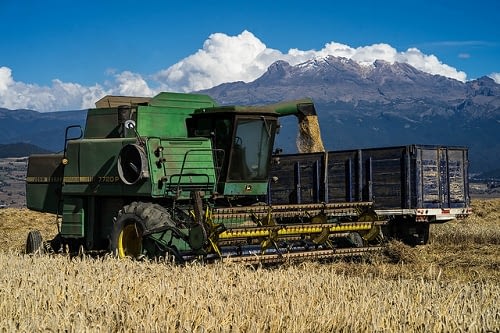