NEW DELHI (CIMMYT) — India could reduce its greenhouse gas emissions from agriculture by almost 18 percent through the adoption of mitigation measures, according to a new study. Three improved farming practices would account for more than half of these emission reductions, researchers say: efficient use of fertilizer, zero tillage and better water management in rice farming.

In an article published in Science in the Total Environment, scientists estimate that, by 2030, “business-as-usual” greenhouse gas emissions from the agricultural sector in India would be 515 MtCO2e per year. The study indicates that Indian agriculture has the potential to mitigate 85.5 Megatonne CO2 equivalent (MtCO2e) per year without compromising food production and nutrition. Considering the 2012 estimates of 481 MtCO2e, that would represent a reduction of almost 18 percent. Researchers suggest mitigation options that are technically feasible but will require government efforts to be implemented at scale.

The study was conducted by scientists from the International Maize and Wheat Improvement Center (CIMMYT), the University of Aberdeen and the Indian Council of Agricultural Research (ICAR), with support from the CGIAR Research Program on Climate Change, Agriculture, and Food Security (CCAFS). They followed a “bottom-up” approach to estimate and analyze greenhouse gas emissions from agriculture, using large datasets related to crops (around 45,000 data points) and livestock production (around 1,600 data points) along with soil, climate and management information. To evaluate mitigation measures, associated costs and benefits of adoption, researchers used a variety of sources, including literature, stakeholder meetings and consultations with experts in crops, livestock and natural resource management.

India is the world’s third largest emitter of greenhouse gases. Contributing almost one-fifth to the national total, agriculture has been identified as a priority in the country’s efforts to reduce emissions. The results from this study can help the country make great strides towards its goals. However, these climate change mitigation benefits can only work if farmers take up the new practices, some of which require an initial investment. Government policies and incentives will be crucial to help farmers take the first steps, ensure wide-scale adoption of these mitigation options, and help India meet its food security and greenhouse gas emission reduction goals.

Efficient use of fertilizer not only lowers emissions at the field, but also reduces the need for fertilizer and the emissions associated with production and transportation. It also represents savings for the farmer. Mitigation options would include applying fertilizer at the right time and the right place for plant uptake, or using slow-release fertilizer forms or nitrification inhibitors. “Efficient fertilizer use in the agriculture sector in India has potential to reduce around 17.5 MtCO2e per year,” said Tek Sapkota, CIMMYT scientist and lead author of the study.

Adoption of zero tillage farming and residue management — maintaining crop residues on the soil surface to protect the ground from erosion — in rice, wheat, maize, cotton and sugarcane was shown to reduce emissions by about 17 MtCO2e per year. “CIMMYT has successfully worked to develop and promote these practices in India,” said M.L. Jat, CIMMYT principal scientist and co-author of the study.

Better water management in rice farming — such as adopting alternate wetting and drying in rice fields that are currently continuously flooded — can offer mitigation of about 12 MtCo2e per year. Other water management techniques in major cereals, such as laser-levelling of fields, or using sprinkler or micro-sprinkler irrigation and fertigation together, also provide important greenhouse gas emissions savings, with a reduction of around 4 MtCO2e per year for laser levelling alone.

This work was jointly carried out by the International Maize and Wheat Improvement Center (CIMMYT) and the University of Aberdeen. Research was funded by the CGIAR Research Program on Climate Change, Agriculture and Food Security (CCAFS), supported by CGIAR Fund Donors and through bilateral funding agreements. 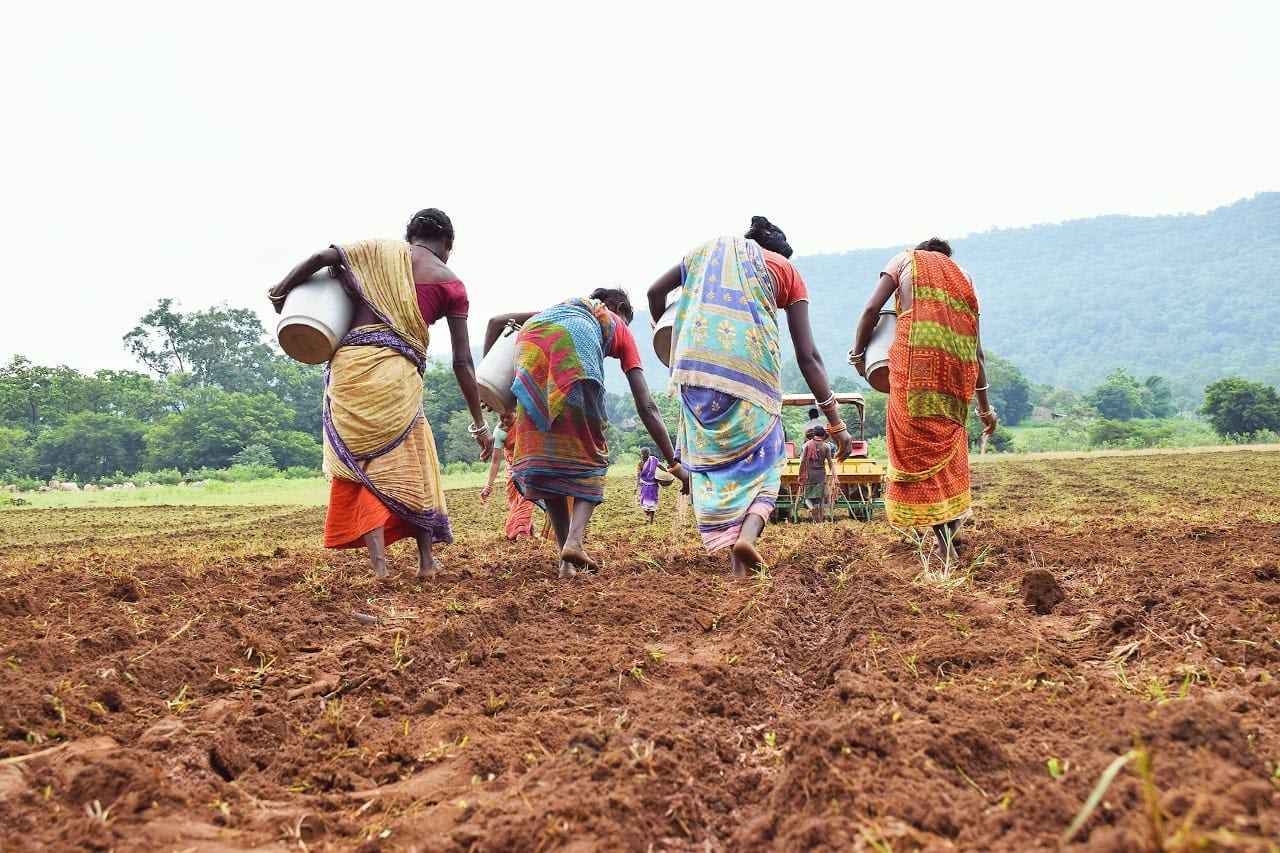