As plant pests and diseases continue to evolve, with stresses like drought and heat intensifying, a major priority for breeders and partners is developing better stress tolerant and higher yielding varieties faster and more cost effectively.

A new project, Accelerating Genetic Gains in Maize and Wheat for Improved Livelihoods (AGG), seeks to achieve these results by speeding up genetic gains in maize and wheat breeding to deliver improved, stress resilient, nutritious seed to smallholders in 13 countries in sub-Saharan Africa (SSA) and four in South Asia. The 5-year AGG project is funded by the Bill & Melinda Gates Foundation, the UK Department for International Development (DFID), the U.S. Agency for International Development (USAID), and the Foundation for Food and Agriculture Research (FFAR).

The maize component of the project brings together diverse partners, including the International Maize and Wheat Improvement Center (CIMMYT) and the International Institute of Tropical Agriculture (IITA) as co-implementers; national agricultural research systems (NARS); and small and medium-sized (SME) seed companies.

At the inception meeting of the maize component of AGG on July 10, 2020, project leaders, partners and funders lauded the ambitious targets that aim to bolster the resilience and better the livelihoods, food and nutritional security of millions of smallholder farmers in SSA. At least 150,000 metric tons of certified seed is expected to be produced, adopted by 10 million households, planted on 6 million hectares by 2024 and benefiting 64 million people.

“We are developing climate resilient, nutritious, efficient, productive maize varieties for the farming community in sub-Saharan Africa. We will continue to work closely with our partners to develop product profiles, which are centered on the varieties that are really needed,” said CIMMYT Interim Deputy Director for Research Kevin Pixley.

A matter of “life or death”

“When farmers are confronted by aggressive farming challenges, they want products that address those challenges at the earliest opportunity. Waiting for years could mean the difference between life and death,” remarked David Chikoye, the director of Southern Africa Hub at IITA.

A key focus of AGG is to incorporate gender-intentionality – special attention to the needs of women farmers and consumers – from the traits bred into new varieties, through the communication and technology deployment strategies.

“AGG provides an excellent opportunity to reorient our maize breeding, seed scaling and delivery strategies for greater impact on the livelihoods of smallholder farmers, especially women and the disadvantaged communities that are not well reached so far,” said B.M. Prasanna, director of CIMMYT’s Global Maize Program and the CGIAR Research Program on Maize. “Our vision is to accelerate genetic gains to 1.5-2 percent annually across different breeding pipelines in the 13 participating countries in SSA and to reach over 10 million households with improved varieties.”

AGG will strengthen the capacity of partners to achieve and sustain accelerated variety replacement — or turnover — and increase genetic gains in farmers’ fields.

Many improved varieties have been released in the past decade. However, the turnover of old and obsolete varieties with new and improved ones is not happening as quickly as anticipated.

“We are producing good products and getting them out, but not at the speed that farmers need. How do we make it possible and profitable for seed companies to quickly introduce new hybrids?” posed Gary Atlin, program officer at the Bill & Melinda Gates Foundation. “We need to move towards a breeding and seed system where we know that we can develop a new product in 4 or 5 years and then get it to the farmers much more quickly. This is a complex problem.”

To enhance AGG’s ability to identify new products that perform well for farmers under their challenging circumstances, on-farm testing will be scaled up significantly.

Guest of honor, Ethiopia’s Minister of State for Agriculture Mandefro Nigussie, lauded CIMMYT’s support in improving the resilience and productivity of maize and wheat in the country. He observed that this has helped improve maize productivity in Ethiopia from around 2 tons/ha to about 4 tons/ha over the past two decades.

“We consider such a huge accomplishment as a combination of efforts in germplasm development and breeding efforts of CIMMYT and the Ethiopian national programs. That partnership will flourish further in this new project,” he said. 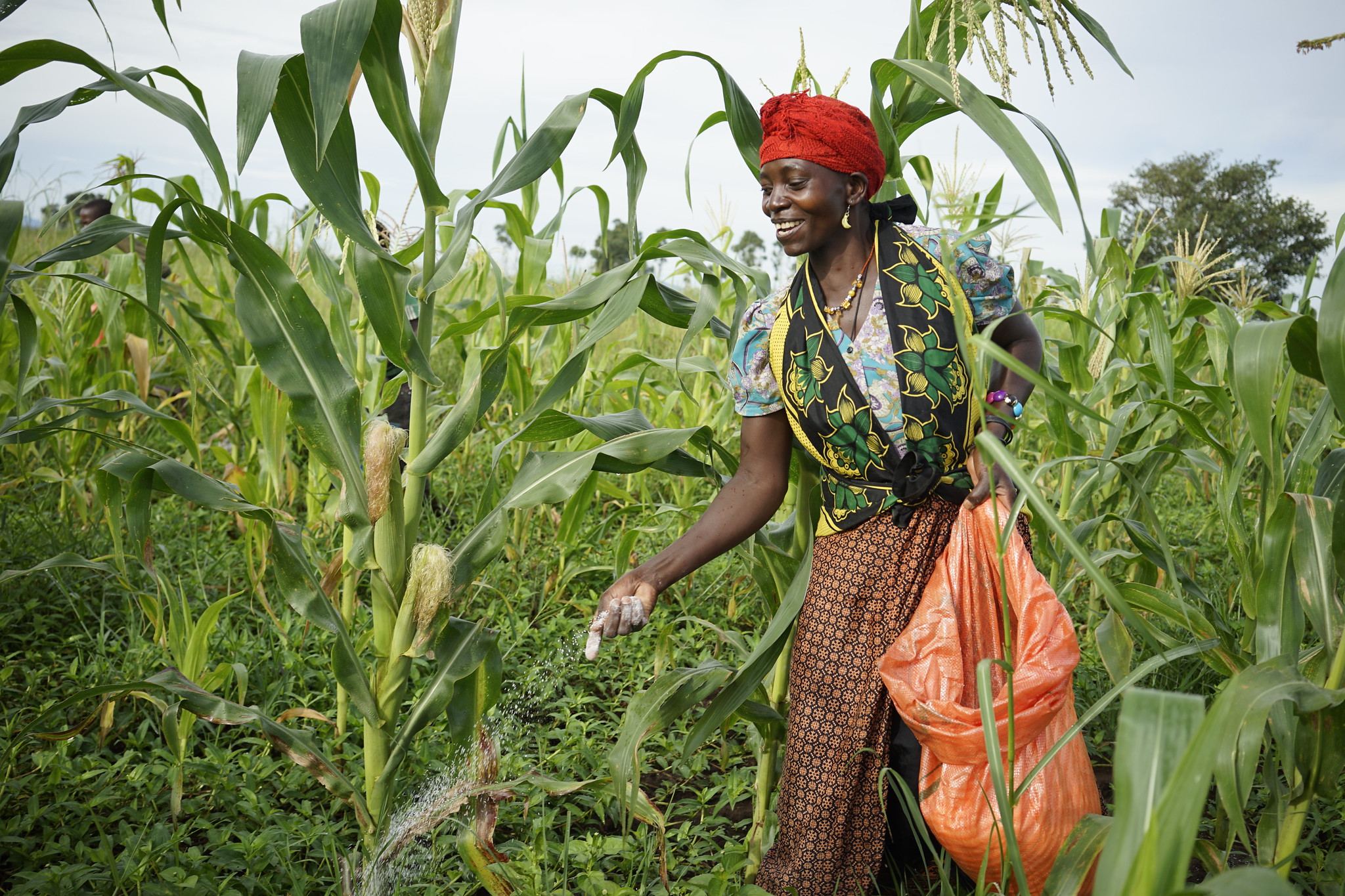