In a new study, scientists have found that genome segments from a wild grass are present in more than one in five of elite bread wheat lines developed by the International Maize and Wheat Improvement Center (CIMMYT).

Scientists at CIMMYT and other research institutes have been crossing wild goat grass with durum wheat — the wheat used for pasta — since the 1980s, with the help of complex laboratory manipulations. The new variety, known as synthetic hexaploid wheat, boosts the genetic diversity and resilience of wheat, notoriously vulnerable due to its low genetic diversity, adding novel genes for disease resistance, nutritional quality and heat and drought tolerance.

The study, which aimed to measure the effect of these long-term efforts using state-of-the-art molecular technology, also found that 20% of CIMMYT modern wheat lines contain an average of 15% of the genome segments from the wild goat grass.

“We’ve estimated that one-fifth of the elite wheat breeding lines entered in international yield trials has at least some contribution from goat grass,” said Umesh Rosyara, genomic breeder at CIMMYT and first author of the paper, which was published in Nature Scientific Reports. “This is much higher than expected.”

Although the synthetic wheat process can help bring much-needed diversity to modern wheat, crossing with synthetic wheat is a complicated process that also introduces undesirable traits, which must later be eliminated during the breeding process.

CIMMYT breeding contributions are present in nearly half the wheat sown worldwide, many of such successful cultivars have synthetic wheat in the background, so the real world the impact is remarkable, according to Rosyara.

“With this retrospective look at the development and use of synthetic wheat, we can now say with certainty that the best wheat lines selected over the past 30 years are benefiting from the genes of wheat’s wild relatives,” he explained. “Even more, using cutting-edge molecular marker technology, we should be able to target and capture the most useful genes from wild sources and better harness this rich source of diversity.”

The common bread wheat we know today arose when an ancient grain called emmer wheat naturally cross-bred with goat grass around 10,000 years ago. During this natural crossing, very few goat grass genes crossed over, and as a result, current bread wheat is low in diversity for the genome contributed by goat grass. Inedible and considered a weed, goat grass still has desirable traits including disease resistance and tolerance to climate stresses.

Once synthetic wheat is developed, it can be readily crossed with any elite wheat lines thus serving as a bridge to transfer diversity from durum wheat and wild goat grass to bread wheat. This helps breeders develop high yielding varieties with desirable traits for quality varieties and broad adaption.

CIMMYT is the first to use wheat’s wild relatives on such a large scale, and the synthetic derivative lines have been used by breeding programs worldwide to develop popular and productive bread wheat varieties. One example, Chuanmai 42, released in China in 2003, stood as the leading wheat variety in the Sichuan Basin for over a decade. Other synthetic derivative lines such as Sokoll and Vorobey appear in the lineage of many successful wheat lines, contributing crucial yield stability — the ability to maintain high yields over time under varying conditions.

The successful, large-scale use of genes from wheat’s wild relatives has helped broaden the genetic diversity of modern, improved bread wheat nearly to the level of the crop’s heirloom varieties. This diversity is needed to combat future environmental, pest, and disease challenges to the production of a grain that provides 20% of the calories consumed by humans worldwide.

This work was supported by the CGIAR Research Program on Wheat (WHEAT) and Seeds of Discovery (SeeD), a multi-project initiative comprising MasAgro Biodiversidad, a joint initiative of CIMMYT and the Ministry of agriculture and rural development (SADER) through the MasAgro (Sustainable Modernization of Traditional Agriculture) project; the CGIAR Research Programs on Maize (MAIZE) and Wheat (WHEAT); and a computation infrastructure and data analysis project supported by the UK’s Biotechnology and Biological Sciences Research Council (BBSRC).  CIMMYT’s worldwide partners participated in the evaluation of CIMMYT international wheat yield trials.

About CIMMYT
The International Maize and Wheat Improvement Center (CIMMYT) is the global leader in publicly funded maize and wheat research and related farming systems. Headquartered near Mexico City, CIMMYT works with hundreds of partners throughout the developing world to sustainably increase the productivity of maize and wheat cropping systems, thus improving global food security and reducing poverty. CIMMYT is a member of CGIAR and leads the CGIAR Research Programs on Maize and Wheat, and the Excellence in Breeding Platform. The center receives support from national governments, foundations, development banks and other public and private agencies. 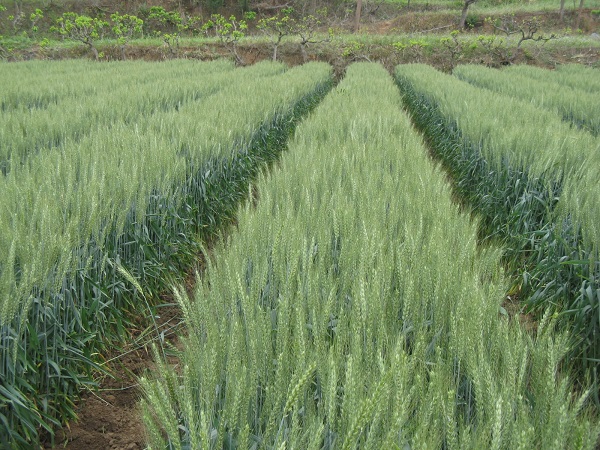 A new commentary published today in Nature Plants highlights the importance of an ancient grass species for wheat breeding. 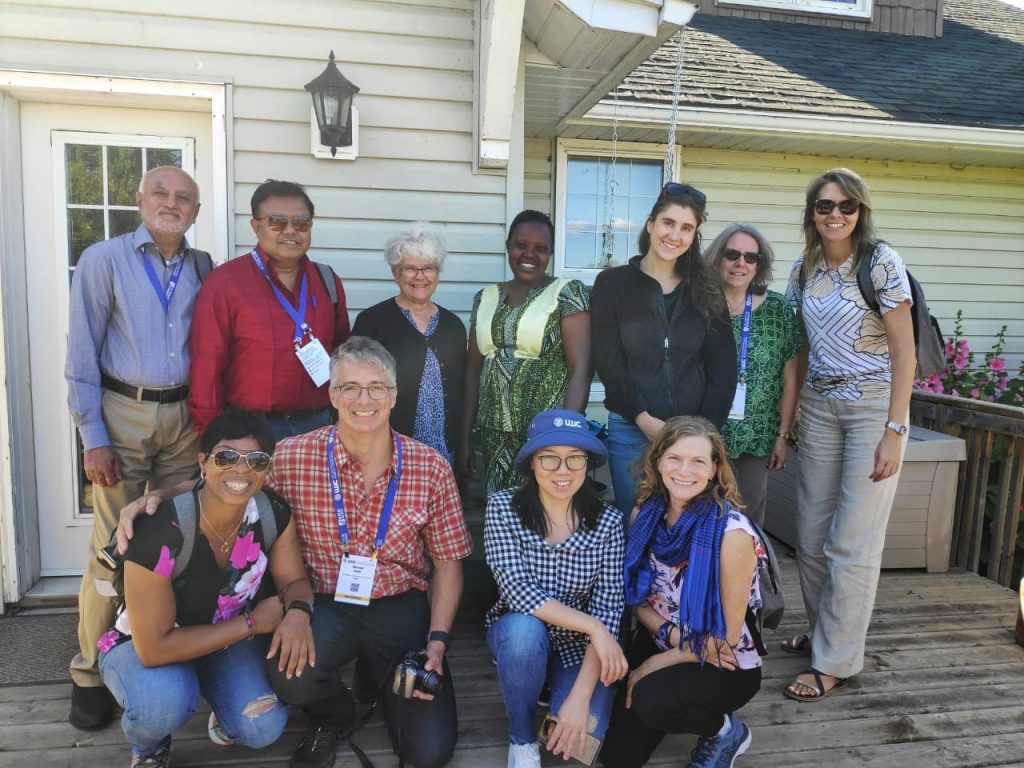