In an article published in Nature Scientific Reports, a team of scientists led by wheat breeder Philomin Juliana from the International Wheat and Maize Improvement Center (CIMMYT) conducted a large genome-wide association study to look for genomic regions that could also be associated with resistance to wheat blast.

Juliana and fellow scientists found 36 significant markers on chromosome 2AS, 3BL, 4AL and 7BL that appeared to be consistently associated with blast resistance across different environments. Among these, 20 markers were found to be in the position of the 2NS translocation, a chromosomal segment transferred to wheat from a wild relative, Aegilops ventricosa, that has very strong and effective resistance to wheat blast.

The team also gained excellent insights into the blast resistance of the globally-distributed CIMMYT germplasm by genomic fingerprinting a panel over 4,000 wheat lines for the presence of the 2NS translocation, and found that it was present in 94.1% of lines from International Bread Wheat Screening Nurseries (IBWSNs) and 93.7% of lines from Semi-Arid Wheat Screening Nurseries (SAWSNs). Although it is reassuring that such a high percentage of CIMMYT wheat lines already have the 2NS translocation and implied blast resistance, finding other novel resistance genes will be instrumental in building widespread, global resilience to wheat blast outbreaks in the long-term.

Wheat blast, caused by the fungus Magnaporthe oryzae pathotype Triticum, was first identified in 1985 in South America, but has been seen in Bangladesh in recent years. The expansion of the disease is a great concern for regions of similar environmental conditions in South Asia, and other regions globally.

Although management of the disease using fungicide is possible, it is not completely effective for multiple reasons, including inefficiency during high disease pressure, resistance of the fungal populations to some classes of fungicides, and the affordability of fungicide to resource-poor farmers. Scientists see the development and deployment of wheat with genetic resistance to blast as the most sustainable and farmer-friendly approach to preventing devastating outbreaks around the world.

This work was made possible by the generous support of the Delivering Genetic Gains in Wheat (DGGW) project funded by the Bill & Melinda Gates Foundation, the U.K. Foreign, Commonwealth & Development Office (FCDO) and managed by Cornell University, the U.S. Agency for International Development’s Feed the Future initiative, the CGIAR Research Program on Wheat (WHEAT), the Indian Council of Agricultural Research (ICAR), The Swedish Research Council (Vetenskapsråd), and the Australian Centre for International Agricultural Research (ACIAR).

This story was originally posted on the website of the CGIAR Research Program on Wheat (wheat.org). 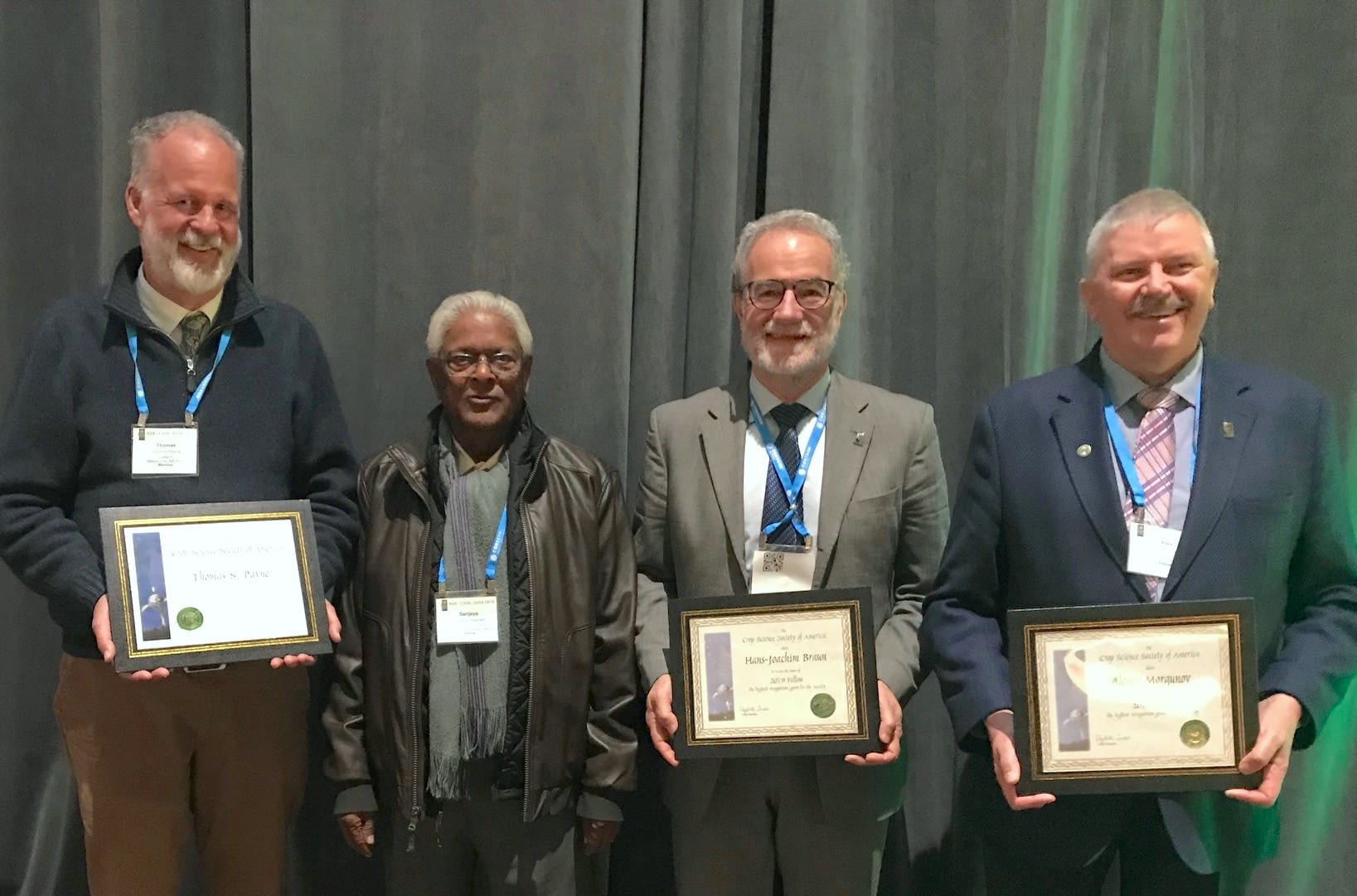