The second installment in the CGIAR International Year of Plant Health Webinar Series tackles the often-overlooked issue of germplasm health.

The conservation of plant genetic diversity through germplasm conservation is a key component of global climate-change adaptation efforts. Germplasm banks like the maize and wheat collections at the International Maize and Wheat Improvement Center (CIMMYT) may hold the genetic resources needed for the climate-adaptive crops of today and tomorrow.

But how do we ensure that these important backups are themselves healthy and not potential vectors of pest and disease transmission?

This was the question that animated “Germplasm health in preventing transboundary spread of pests and pathogens,” the second webinar in Unleashing the Potential of Plant Health, a CGIAR webinar series in celebration of the UN-designated International Year of Plant Health.

“Germplasm refers to the source plants of either specific cultivars or of unique genes or traits that can be used by breeders for improved cultivars,” program moderator and head of the Health and Quarantine Unit at the International Potato Center (CIP) Jan Kreuze explained to the event’s 622 participants. “If the source plant is not healthy, whatever you multiply or use it for will be unhealthy.”

According to keynote speaker Saafa Kumari, head of the Germplasm Health Unit at the International Center for Agricultural Research in the Dry Areas (ICARDA), we know of 1.3 thousand pests and pathogens that infect crops, causing approximately $530 billion in damages annually. The most damaging among these tend to be those that are introduced into new environments.

The CGIAR has an enormous leadership role to play in this area. According to Kumari, approximately 85% of international germplasm distribution is from CGIAR programs. Indeed, in the context of important gaps in the international regulation and standards for germplasm health specifically, the practices and standards of CGIAR’s Germplasm Health Units represent an important starting point.

In addition to stronger and more coherent international coordination and regulation, more research is needed to help source countries test genetic material before it is distributed, according to Francois Petter, assistant director for the European and Mediterranean Plant Protection Organization (EPPO). Head of the CGIAR Genebank Platform Charlotte Lusty also pointed out the needed for better monitoring of accessions in storage. “We need efficient, speedy processes to ensure collections remain healthy,” she said.

Of course, any regulatory and technological strategy must remain sensitive to existing and varied social and gender relations. We must account for cultural processes linked to germplasm movement, said Vivian Polar, Gender and Innovation Senior Specialist with the CGIAR Research Program on Roots, Tubers and Bananas (RTB). Germplasm moves through people, she said, adding that on the ground “women and men move material via different mechanisms.”

“The cultural practices associated with seed have to be understood in depth in order to inform policies and address gender- and culture-related barriers” to strengthening germplasm health, Polar said.

The event was co-organized by researchers at CIP and the International Institute of Tropical Agriculture (IITA).

The third of the four webinars on plant health, which will be hosted by CIMMYT, is scheduled for March 10 and will focus on integrated pest and disease management. 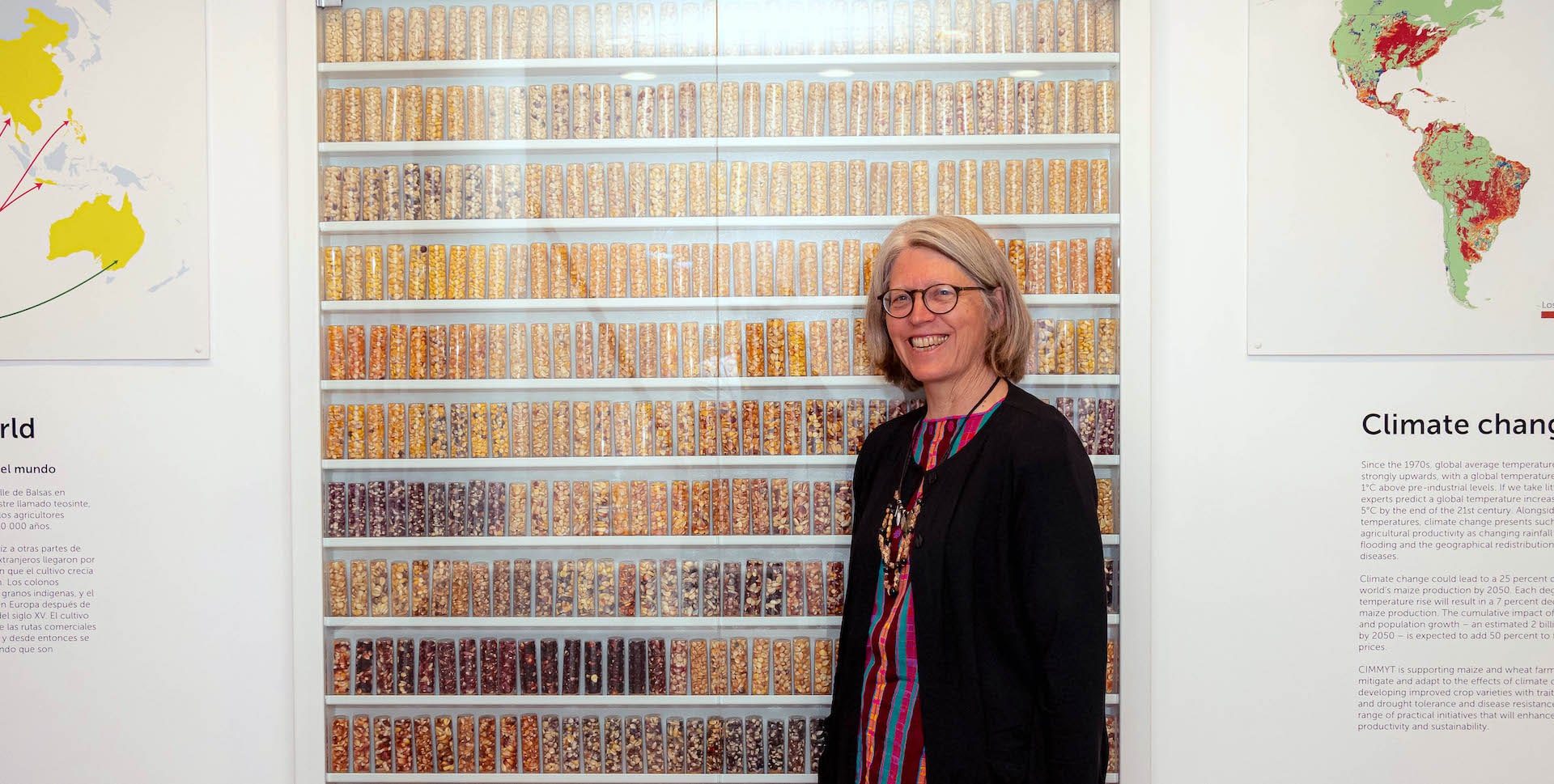 Costich retires, but her odyssey continues

The head of the Maize Germplasm Bank, who retired in September, modernized the bank’s data curation and promoted outreach to maize landrace farming communities in the Americas.