This year, more than 200 members of the wheat community from more than 30 countries met in the legendary wheat fields of Ciudad Obregon in Mexico’s state of Sonora to participate in Visitors’ Week, hosted by the Global Wheat Program (GWP) of the International Maize and Wheat Improvement Center (CIMMYT).

The event coincides with the birthday of Norman Borlaug, the late CIMMYT wheat breeder and Nobel Peace Prize laureate, known as the father of the Green Revolution for his contributions to global food security, many of which were undertaken in Obregon. This year, Visitors’ Week delegates toasted  his 102nd birthday at the Norman E. Borlaug Experimental Field research station.

The month of March also marks the peak wheat-growing season in Obregon, and participants attended a field day tour to see old and new wheat varieties, learn about CIMMYT programs and the latest research findings. Additionally, meetings and discussions were held with the goal of contributing to the improvement of wheat research across the globe by identifying key priorities.

A brainstorming session between representatives from the British government and CIMMYT included discussions on collaborating on breeding for tolerance to high ambient temperatures, durable disease resistance, nitrogen use efficiency, and quality and nutrition.

Future collaborations between CIMMYT and Australia were explored with the Grains Research and Development Corporation and the CIMMYT-Australia-ICARDA Germplasm Exchange (CAIGE) group. 2Blades, a U.S.-based organization supporting the development of durable disease resistance in crop plants, joined the discussion and expressed the need to use safe, sustainable crop production strategies.

As part of discussions regarding international collaboration, the second meeting of the Expert Working Group on Nutrient Use Efficiency in wheat aimed to improve international coordination on NUE (nitrogen and other nutrients) research among Australia, Britain, France, Mexico, Italy, Spain and Germany.

During the NUE meeting, an executive committee was appointed, with Malcolm Hawksford, head of Plant Biology and Crop Science at Rothamsted Research as chair and Jacques Le Gouis, of the French National Institute for Agricultural Research, as vice chair.

As well, the International Wheat Yield Partnership (IWYP) held its first official conference during which IWYP director Jeff Gwyn discussed outcomes and objectives for the next 20 years.

Due to the large audience of global wheat researchers, the Borlaug Global Rust Initiative took the opportunity to launch its new project, Delivering Genetic Gain in Wheat (DGGW), supported by a $24 million grant from the Bill & Melinda Gates Foundation. Under the DGGW, CIMMYT scientists aim to mitigate serious threats to wheat brought about by climate change by developing and deploying new heat-tolerant, disease-resistant wheat varieties.

With the hope of increasing data and information sharing, the International Wheat Improvement Network (IWIN) awarded Mehmet Nazım Dincer of Turkey the IWIN Cooperator Award for contributing data on international nurseries. Through a lottery, Dincer was selected from among researchers who provided data on international seed nurseries to IWIN in 2015. Dincer was awarded a one-week paid visit to Obregón during GWP Visitors’ Week, and was also congratulated for his collaborative efforts during the festivities.

Another lottery will be held in November to select the next winner from among cooperators who return 2016 international nursery data. GWP director Hans Braun joked that he is not aware of other lotteries with so few participants in which the jackpot is a trip to Obregon, encouraging  IWIN cooperators to return their data and win.

Visitors’ Week is not only an important time for international collaborations and brainstorming, but also for capacity development and training early career scientists. Coinciding with this year’s Visitors’ Week was the GWP Basic Wheat Improvement Course (BWIC), a three-month training course for young and mid-career scientists focusing on applied breeding techniques in the field. In addition to attending Visitors’ Week events, trainees were offered special courses with guest lecturers.

Joining the BWIC at this time were winners of the 2016 Women in Triticum Award who alongside women trainees attended a “Women in Agriculture” discussion led by Jeannie Borlaug, daughter of Norman Borlaug, to discuss difficulties and successes women face in achieving equality in the science and agriculture sectors.

Malnutrition is rising again and becoming more complex, according to the director-general of the world’s leading public maize and wheat research center. 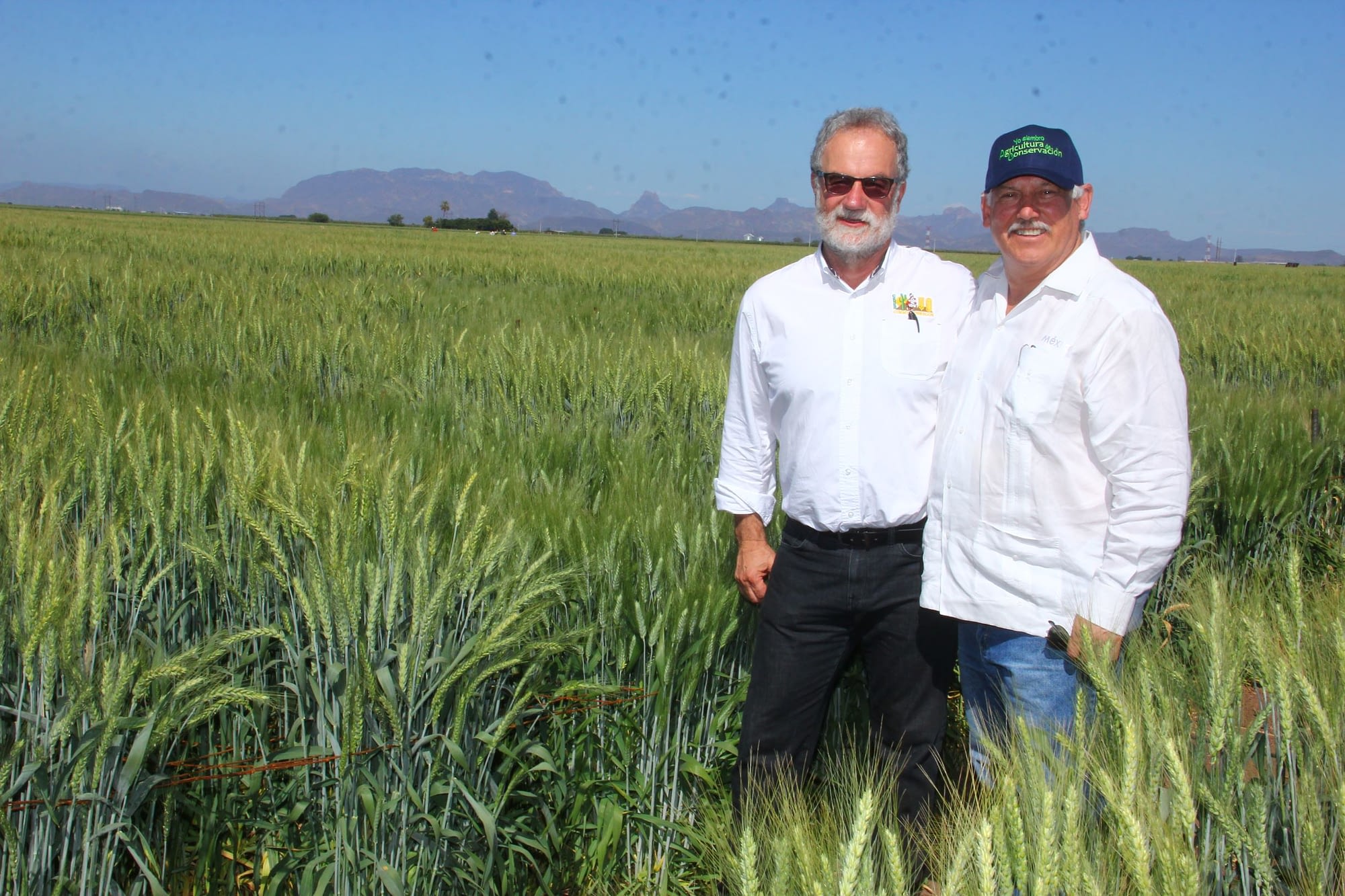