For several decades, the International Maize and Wheat Improvement Center (CIMMYT) has worked with partners and farmers to improve maize and wheat varieties. Packed with “upgrades” such as tolerance to environmental stresses, tolerance to diseases and pests, boosted nutrient content, higher yield potential and storage capabilities, and improved efficiency in using water and fertilizers, these seeds are rolled out by CIMMYT and its partners to create new opportunities for easier and better lives for farmers.

Together with national research partners, farmers, local governments and seed companies, CIMMYT’s work in seed systems has reaped results. Its experts are eager to put this experience into further action as CGIAR embarks on the next ten years of its journey to transform food, land, and water systems in a climate crisis. And rightly so: investments in CGIAR research — mainly through their contributions to enhancing yields of staple food crops — have returned ten-fold benefits and payoffs for poor people in terms of greater food abundance, lower prices of food, reduced food insecurity and poverty and reduced geographical footprint of agriculture. A large part of this impact is the result of CIMMYT’s day to day efforts to create a better world.

Replacing old varieties, not as easy as it sounds

Slow variety turnover — that of more than ten years — makes farmers vulnerable to risks such as climate change and emerging biotic threats. On the other hand, planting improved varieties that match farmers’ needs and the geography they work in, can increase productivity gains and improve the nutritional status of smallholders and their families. This, in turn, contributes to increased household incomes. Indirectly, the benefits can reach the surrounding community by providing increased employment opportunities, wage increases and affordable access to food.

Despite its tremendous benefits, varietal turnover is no small feat.

When it comes to seeds, detailed multi-disciplinary research is behind every new variety and its deployment to farmers. Just as the production of a new snack, beverage or a car requires an in-depth study of what the customer wants, seed systems also must be demand-driven.

Socioeconomists have to work hand-in-hand with breeders and seed system specialists to understand the drivers and bottlenecks for improved varietal adoption, market needs, and gender and social inclusion in seed delivery. Bottlenecks include the lack of access by farmers — especially for resource-poor, socially-excluded ones — to reliable information about the advantages of new varieties. Even if farmers are aware of new varieties, seeds might not be available for sale where they live or they might be too expensive.

Possibly the most complex reason for slow variety turnover is risk vulnerability: some farmers simply can’t afford to take the risk of investing in something that might be good but could also disappoint. At the same time, seed companies also perceive a certain risk: they might not be interested in taking on an improved variety that trumps the seeds from older but more popular varieties they have on stock. For them, building and marketing a new brand of seeds requires significant investments.

Despite the complexity of the challenge, CIMMYT has been making progress, especially in Africa where slow variety turnover is creating roadblocks for increased food security and poverty alleviation.

Recent analysis of the weighted average age of CIMMYT-related improved maize varieties in 8 countries across eastern and southern Africa reveals that the overall weighted average age has decreased from 14.6 years in 2013 to 10.2 years in 2020. The remarkable progress in accelerating the rate of variety turnover and deploying the improved genetics — with climate resilience, nutritional-enhancement and grain yield — are benefiting more than eight million smallholders in Africa.

In Ethiopia, CIMMYT, EIAR and ICARDA’s work led to the adoption of improved rust-resistant varieties, corresponding productivity gains and economic benefits that, besides the urgent need to fight against the damaging rust epidemic, depended on a combination of enabling factors: pre-release seed multiplication, pro-active policies and rust awareness campaigns. The estimated income gain that farmers enjoyed due to adopting post-2010 varieties in 2016/2017 reached $48 million. For the country itself, the adoption of these varieties could save $65 million that otherwise would be spent on wheat imports.

Bill Gates echoes this in Chapter 9 of his new climate book, How to Avoid a Climate Disaster, as he describes CIMMYT and IITA’s drought-tolerant maize work: “[…] experts at CGIAR developed dozens of new maize varieties that could withstand drought conditions, each adapted to grow in specific regions of Africa. At first, many smallholder farmers were afraid to try new crop varieties. Understandably so. If you’re eking out a living, you won’t be eager to take a risk on seeds you’ve never planted before, because if they die, you have nothing to fall back on. But as experts worked with local farmers and seed dealers to explain the benefits of these new varieties, more and more people adopted them.”

Now more than ever, with increased frequency and intensification of erratic weather events on top of the complications of the COVID-19 pandemic, successful seed systems require the right investments, partnerships, efforts across disciplines, and enabling policies.

Varietal release and dissemination systems rely greatly on appropriate government policies and adoption of progressive seed laws and regulations. CGIAR’s commitment to farmers and the success of national seed systems is described in the recently launched 10-year strategy: “CGIAR will support effective seed systems by helping national governments and private sector companies and regulators build their capacities to play their roles successfully. New initiatives will be jointly designed along the seed distribution chain, including for regional seed registration, import and export procedures, efficient in-country trialing, registration and release of new varieties, and seed quality promotion through fit-for-purpose certification.”

CIMMYT socioeconomics and market experts are putting this in practice through working with agrodealers to develop retail strategies, such as targeted marketing materials, provision of in-store seed decision support and price incentives, to help both female and male farmers get the inputs that work best.

Within the new CGIAR, CIMMYT scientists will continue to work with partners to strongly improve the performance of wheat and maize in smallholder farmers’ fields. Concerted efforts from all actors conforming the entire seed system are essential to achieve our vision: to transform food systems for affordable, sufficient and healthy diets produced within planetary boundaries. Wheat and maize seed systems will form the basis to fulfill that vision and provide a tried and tested roadmap for other crops, including legumes, vegetables and fruits. Together, we can keep a finger on the pulse of farmers’ needs and build healthy diets for a better tomorrow from the ground up. 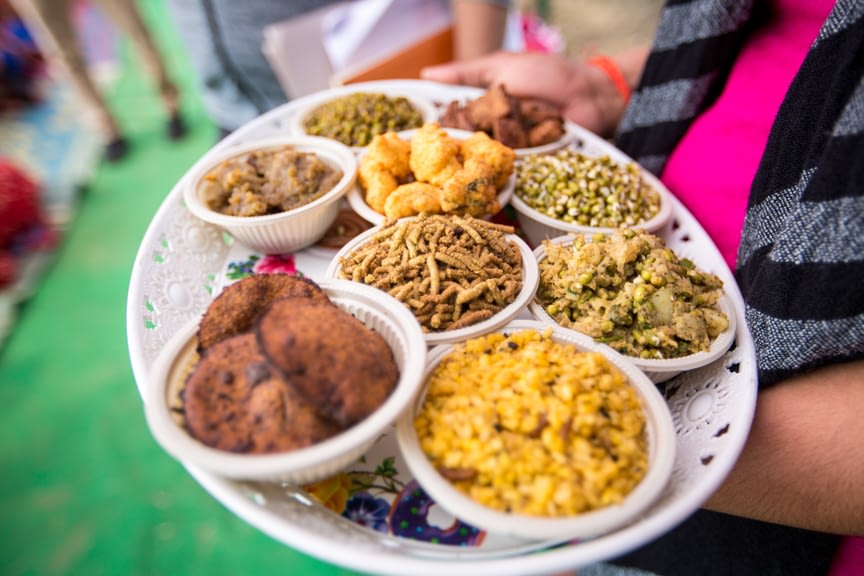 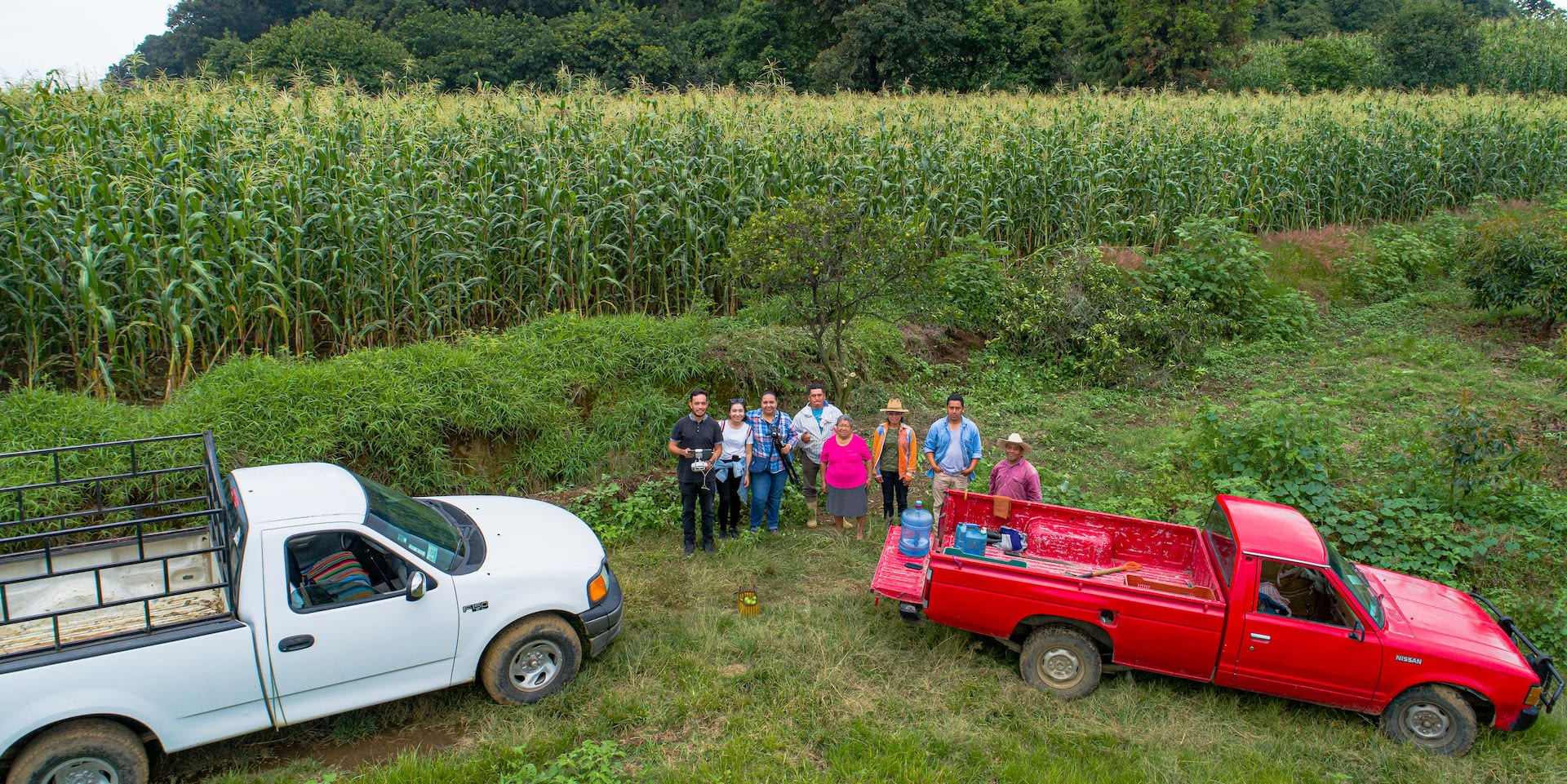