The missing link between maize seeds and trust

Scientists assess the use of blockchain to track the impact of biofortified seeds.

The world population is expected to rise to almost 10 billion by 2050. To feed this number of people, we need to increase food production while using fewer resources. Biofortification, the process of fortifying staple crops with micronutrients, could help to solve this problem.

However, it is not that easy to identify biofortified seeds.

Often, the process of biofortification does not change a seed in a visible way, opening the possibilities for counterfeit products. Farmers cannot verify that the seeds they buy are as advertised. Unsurprisingly, fake seeds are a major obstacle to the adoption of biofortified crops. Similarly, in the process from farm to fork, traceability of biofortified food is equally difficult to achieve.

Picture Aisha, a smallholder farmer in Nigeria. She’s in the market for biofortified maize seeds for her farm. How does she know which seeds to pick, and how can she be sure that they are actually biofortified?

One solution is blockchain technology.

Blockchain is a shared digital ledger for record keeping, where data is decentralized and allocated to users. Digital information, or blocks, is stored in a public database, or chain.

This technology platform helps in situations of lack of trust. It provides an unhackable, unchangeable and transparent record of events where users place trust in computer code and math, instead of a third party. This code writes the rules of the system and the software is peer-reviewed, so rules and data are resilient against corruption. When new data is added to the database, actors in then network verify and timestamp the data before adding it to the blockchain. After input, no one can change the information. No single entity owns or controls the database, allowing actors to trust in the system without having to trust any other actors.

While often associated with bitcoin and cryptocurrencies, blockchain technology has many other uses in traditional industries, including the potential to transform agri-food systems. The Community of Practice on Socio-economic Data, led by the International Maize and Wheat Improvement Center (CIMMYT), produced a report detailing the role blockchain can play in agri-food systems and biofortified seeds.

Agri-food systems consist of complex networks that often mistrust each other. Blockchain technology can enhance transparency, traceability and trust. It could have a significant role to play in closing the yield gap and reducing hunger.

Many transactions done in the agri-food sector have paper records. Even when records are digital, disconnected IT systems create data silos. Blockchain enables stakeholders to control, manage and share their own data, breaking down silos.

For example, blockchain technology can help solve issues of land governance, unclear ownership and tenure by providing an accurate land registration database. It can help with compliance to standards from governments or private organizations. This technology could make financial transactions more efficient, limit corruption, and provide provenance, traceability and recall of products.

HarvestPlus conducted a study to understand the barriers to widespread adoption of biofortified seeds. The team interviewed 100 businesses and 250 individuals from farmers to global brands about their experiences with biofortification. Unsurprisingly, they found that a big barrier to adoption is the inability to distinguish biofortified crops from standard ones.

Therefore, it is crucial to have a system to verify biofortified seeds. HarvestPlus collaborated with The Fork to investigate solutions.

One solution is a public blockchain. The result could look like this: Aisha, our smallholder farmer in Nigeria wants to buy biofortified maize seeds for her farm. At the store, she takes a phone out of her pocket and scans a QR code on a bag to see a trustworthy account of the seeds’ journey to that bag. Satisfied with the account, she brings verified biofortified maize seeds home, improving nutrition of her family and community.

Contingent on farmers having access to smartphones, this situation could be possible. However, blockchain technology will not solve everything, and it is important we test and study these solutions while considering other challenges, such as access to technology and human behavior.

The Community of Practice on Socio-economic Data report, Blockchain for Food, gives principles of digital development of blockchain. It is crucial to understand the existing ecosystem, design for scale, build for sustainability and design the technology with the user. These are crucial points to consider when developing blockchain solutions for agri-food systems.

As the global food system is beginning to transition towards more transparency, circularity and customization, blockchain technology could play a major role in how this shift evolves. A new testing and learning platform for digital trust and transparency technologies in agri-food systems, including blockchain technology, was launched in February 2020. The platform will build capacity of the potential of this technology and ensure that it is usable and inclusive.

Read the report:
Blockchain for Food: Making Sense of Technology and the Impact on Biofortified Seeds. 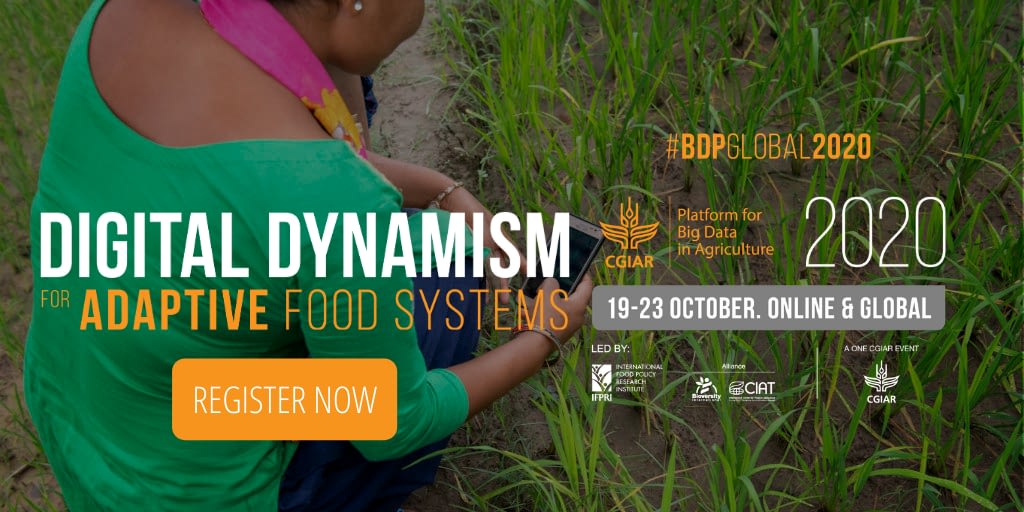 The testing and learning platform is working to tackle issues from adulterated seeds to crop residue burning.