The fall armyworm is a destructive polyphagous pest that feeds on more than 300 crop species, with a particular appetite for maize. The pest was first reported in Asia in 2018 and has been spreading in the region since then, especially in maize-producing countries of South Asia.

Several campaigns on identifying and managing fall armyworm have been conducted in South Asia, yet the challenge to control the pest remains. The damage caused by fall armyworm to farmers’ fields was reported widely during the 2022 spring maize season in Pakistan and Nepal’s Terai region. Many maize farmers complained about the current economic downturn, price hike of agricultural commodities and the unavailability of safe pesticides to reduce crop losses.

On 21 July 2022, the International Maize and Wheat Improvement Center (CIMMYT) initiated a refresher webinar to share the latest scientific advances and best practices for identifying and managing fall armyworm in South Asia. The platform extended an opportunity for the participants to understand and learn about effective integrated pest management (IPM) approaches being practiced in the region. It also addressed the importance of enabling policies that are crucial to foster innovations to reduce crop yield loss and save the environment from hazardous effects of toxic pesticides.

Govinda Prasad Sharma, Secretary of Nepal’s Ministry of Agriculture and Livestock Development and Jason Seuc, director of the Economic Growth Office at USAID Nepal, delivered their opening remarks during the inaugural session. The Secretary emphasized the use of safer methods, including but not limited to mass rearing and releasing of natural enemies of fall armyworm and the deployment of fall armyworm tolerant maize varieties.

“USAID will continue working with partners to advocate and promote IPM practices till the pest becomes of non-economic importance,” said Seuc.

BM Prasanna, director of CIMMYT’s Global Maize Program and OneCGIAR Plant Health Initiative lead emphasized the importance of IPM practices to manage the pest. Prasanna discussed the global efforts to control the pest and shared the progress of fall armyworm tolerant maize seeds which are being released and deployed by CIMMYT partners to help resource poor farmers, especially in Africa.

Experts from South Asia presented on a range of topics including the status of fall armyworm and its management in Nepal, Pakistan, Bangladesh and the Pacific Region, IPM practices and experience of using safe pesticides, breeding for native genetic resistance to fall armyworm, and biological control and push-pull strategies. The experts emphasized on the need for collective efforts to strengthen national and international coordination, favorable policies, deployment of fall armyworm tolerant maize varieties, and best response interventions to help farmers battle the fall armyworm and limit its spread.

Efforts to mitigate the impact of fall armyworm attacks are still ongoing. CIMMYT is continuously working to alert farmers and stakeholders on the IPM practices of fall armyworm in the region.

CIMMYT, USAID and partners announce the publication of a guide for integrated pest management of fall armyworm in Asia. 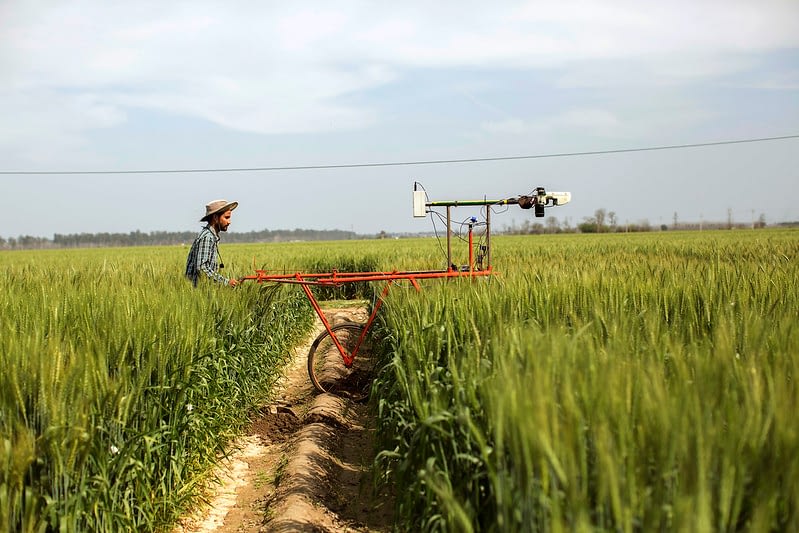