CIMMYT and EIAR launch working group in Ethiopia to implement IMAGE, a five-year project that will improve seed variety deployment in Africa.

Coordinating the development and deployment of improved seed varieties is a complex task involving many stakeholders, including government agencies, public and private seed sector organizations, and ultimately, farmers and farmer groups. Cooperation among these groups is vital to assess and measure the impact of improved varieties and to guide decision making for future crop breeding efforts.

The Institutionalizing Monitoring of Crop Variety Adoption using Genotyping (IMAGE) project, funded by the Bill & Melinda Gates Foundation and managed by Context Global Development, is a five-year program operating in Nigeria, Tanzania, and Ethiopia designed to increase the efficacy of variety deployment by establishing, institutionalizing, and scaling up routine monitoring of improved variety adoption and turnover using genotyping technologies, focusing on wheat, maize, teff, and the common bean.

Esemo underscored in his opening remarks the NAC’s mission to promote the application of DNA fingerprinting for an accurate assessment and understanding of the adoption of improved maize and wheat varieties by small-holder farmers in Ethiopia and resolve data discrepancy among researchers.

Kindie Tesfaye, CIMMYT senior scientist, emphasized the application of DNA fingerprint data on maize and wheat in Ethiopia and summarized the IMAGE Project.

He added the IMAGE Project provides the opportunity to leverage past monitoring pilots and cross-country lessons while advancing genetic reference libraries, establishing protocol adoption, and building towards institutionalization over five years.

National maize and wheat genotyping studies in Ethiopia proved the feasibility of using DNA fingerprinting for variety monitoring at scale and CIMMYT and EIAR presented the findings to seed system and policy stakeholders with an emphasis on demonstrating how varietal identity based on genotyping compares with farmers’ elicitation, the area-weighted average age of varieties, germplasm attribution, and varietal performance.

Chilot Yirga, Deputy Director-General, Capacity Building and Administration of EIAR, emphasized the functional and structural roles of the National Advisory Committee (NAC), Country Team (CT), and Technical Working Group (TWG) of the project in the country.

Yirga also briefed the participants on the details of the Committee’s mandate and indicated the roles of all stakeholders and policymakers, specifically in DNA fingerprinting.

The workshop concluded by electing a chairperson and vice-chairperson of the committee among its members and co-project leaders from CIMMYT and EIAR. 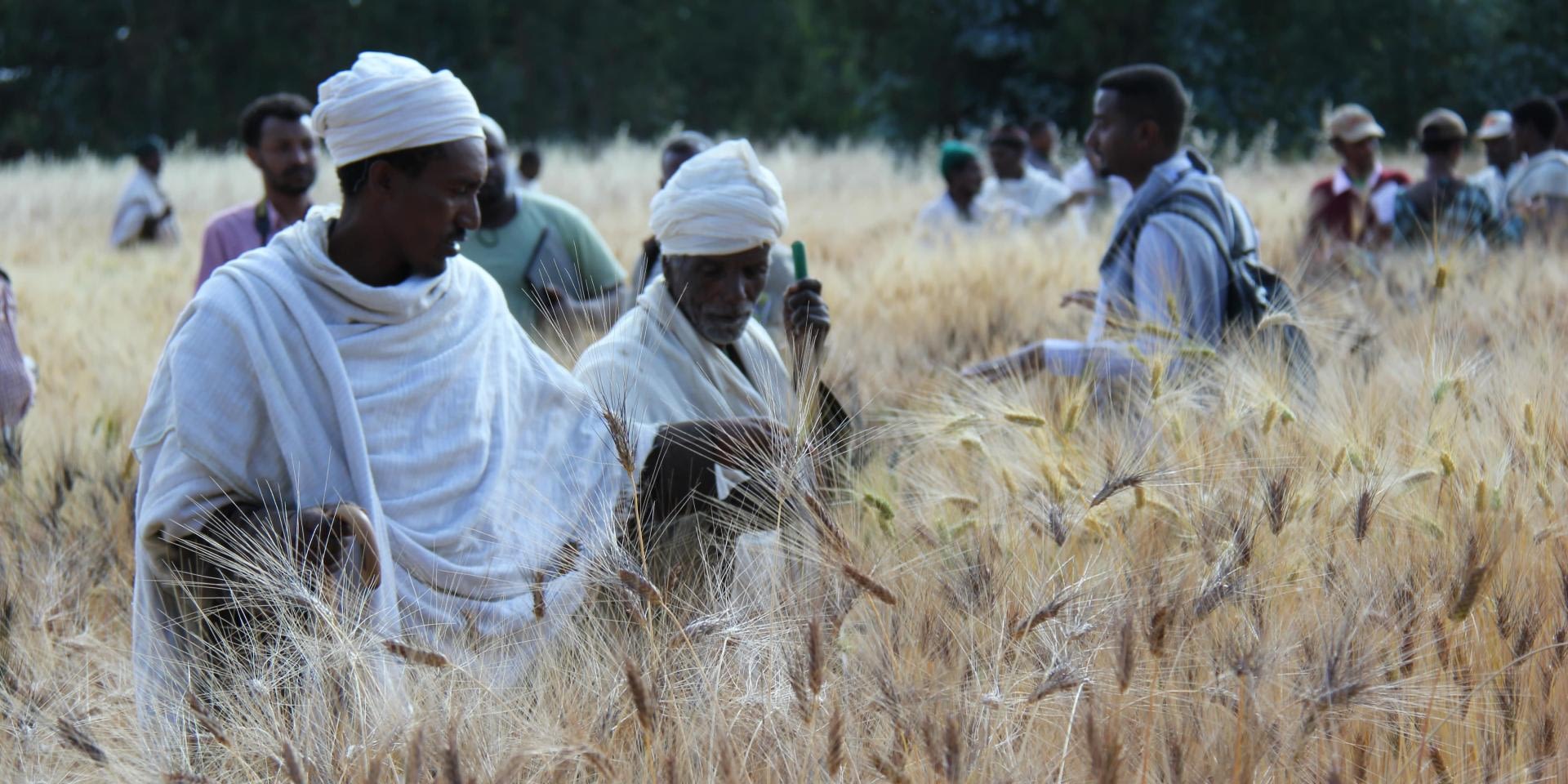