In 2005, preeminent wheat breeder and Nobel Laureate Norman E. Borlaug sounded the alarm to bring the world’s attention to the outbreak of a new variant of stem rust, Ug99, that threatened to wipe out 80% of the world’s wheat.

The result was the Borlaug Global Rust Initiative (BGRI), a global community that pioneered innovative ways for scientists and smallholder farmers around the globe to collaborate on meeting challenges brought about by wheat disease and climate change.

As a founding member of BGRI, the International Maize and Wheat Improvement Center (CIMMYT) and, later, the CGIAR Research Program on Wheat, played a crucial role in the core work of the initiative. They led breeding and large-scale international testing to develop disease resistant wheat varieties, coordinated closely with longstanding national partners to facilitate the release and spread of the varieties to farmers, and contributed to critical disease monitoring and tracking initiatives.

The BGRI has documented these efforts and related resources in a newly released interactive story map: Inside the global network safeguarding the world’s wheat from disease and climate change. The map highlights the BGRI’s efforts from 2005 to 2020 to introduce climate-resilient, disease-resistant wheat to resource-constrained wheat growers around the world, especially in sub-Saharan Africa and South Asia.

When a disease threatens to destroy the world’s most important food crop, who do you call?

The map highlights work undertaken by scientists on the front lines of the Durable Rust Resistance in Wheat (DRRW) and Delivering Genetic Gain in Wheat (DGGW) projects from 2005 to 2020. These achievements formed the foundation for the work that continues today under the auspices of the CIMMYT-led  Accelerating Genetic Gains In Maize and Wheat for Improved Livelihoods (AGG) project.

Written and produced by BGRI cinematographer Chris Knight and associate director for communications Linda McCandless, the map is linked to multimedia and resources from contributors around the world.

Browse the interactive story map:
Inside the Global Network Safeguarding the World’s Wheat from Disease and Climate Change

Accelerating Genetic Gains in Maize and Wheat for Improved Livelihoods (AGG) brings together partners in the global science community and in national agricultural research and extension systems to accelerate the development of higher-yielding varieties of maize and wheat — two of the world’s most important staple crops. Funded by the Bill & Melinda Gates Foundation, the UK Foreign, Commonwealth & Development Office (FCDO), the U.S. Agency for International Development (USAID) and the Foundation for Food and Agriculture Research (FFAR), AGG fuses innovative methods that improve breeding efficiency and precision to produce and deliver high-yielding varieties that are climate-resilient, pest- and disease-resistant, highly nutritious, and targeted to farmers’ specific needs. 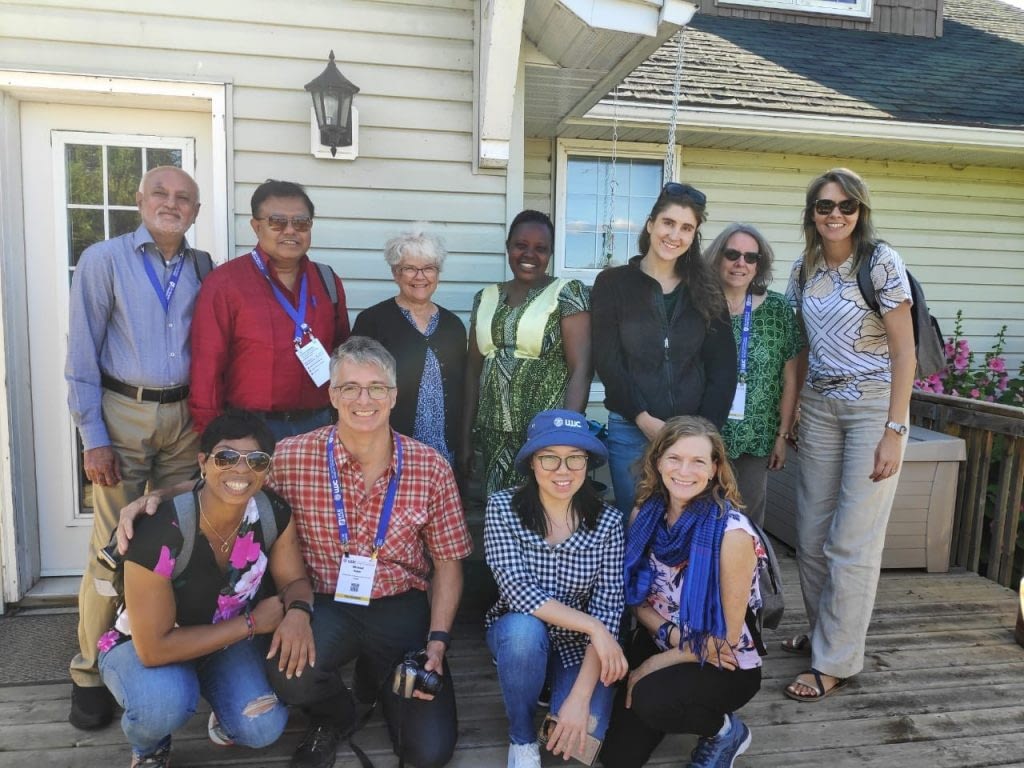