Policies and technologies key to sustainable development in India’s breadbasket.

Northwestern India is home to millions of smallholder farmers making it a breadbasket for grain staples. Since giving birth to the Green Revolution it has continued to increase its food production through rice and wheat farming providing food security to the region.

This high production has not come without shortfalls; groundwater tables are falling from excessive irrigation and climate change has brought erratic rainfall. In response, the state governments of Haryana and Punjab introduced separate legislation forcing farmers to delay rice planting to coincide with the arrival of the monsoonal rains in late June.

With rice sowing pushed back to tackle a looming water crisis, the time available between harvesting rice and planting wheat has been reduced. Consequently, the majority of farmers opt to burn the post-harvest rice straw to quickly prepare their fields for wheat. The majority of the 34 tons of rice residues the region produces is burned in a short window of time, throwing a lot of toxic smoke into the air.

New research, by the International Maize and Wheat Improvement Center (CIMMYT), delved into linkages between groundwater and agricultural burning policies. The study uncovered that groundwater conservation policies in Haryana and Punjab are exacerbating the nation’s air pollution crisis by concentrating crop residue burning in the late fall.

“Despite being illegal, the burning of post-harvest rice residues continues to be the most common practice of crop residue management, and while groundwater policies are helping arrest water depletion, they also appear to be exacerbating one of the most acute public health problems confronting India – air pollution,” said CIMMYT scientist and author of the study, Balwinder Singh.

Getting to the guts of air pollution’s chokehold on India

Air pollution in India has increased significantly since 2000. Each fall, from late October to November, a toxic fog containing a mixture of dust, carbon and particles covers northwestern India. For the 18.6 million who live in New Delhi the smog not only brings daily life to a standstill but slices years off life expectancy. It kills an estimated 1.5 million people every year, with nearly half of these deaths occurring in the Indo-Gangetic Plains, the northernmost part of the country that includes New Delhi.

The analysis suggests that temporal changes in burning are a prime contributor to the air quality crisis. The limited amount of time to prepare fields for wheat planting has caused fire intensity to increase by 39 percent, peaking in November with a maximum of 681 fires per day. This increase occurs when temperatures in New Delhi are lower and winds are weak. The still conditions trap pollution and limit the amount that can escape.

Agriculture for development researchers with CIMMYT investigate how best to sustainably intensify food production. This seeks to produce more food, improve nutrition and livelihoods, and boost rural incomes without an increase in inputs – such as land and water – while reducing environmental impacts. Policies can help to shape efforts towards sustainable intensification by encouraging farming practices that save resources and protect the environment. However, it is important that governments strike the right balance between food security, resource depletion and environmental quality.

The research results shed light on the sustainability challenges confronting many highly productive agricultural systems, where addressing one problem can exacerbate others, said Andrew McDonald, a professor at Cornell University and co-author of the study.

“Identifying and managing tradeoffs and capitalizing on synergies between crop productivity, resource conservation, and environmental quality is essential,” he said.

Surface crop residue retention and incorporation are the promising on-farm management options to address the issue of burning as well as maintaining soil health and long-term sustainability, said M.L. Jat, a scientist with CIMMYT who coordinates sustainable intensification programs in northwestern India.

Apart from pumping toxic smoke into the air, ash left on fields after residue burning can negatively affect soil health in the long term. However, if residue is mulched into the soil, nutrient levels improve and carbon sequestration capacity increases, lowering the release of greenhouse gases. Additionally, residue retention reduces evaporation and increases soil moisture by as much as 10 percent during the wheat-growing season.

“A sensible approach for overcoming tradeoffs will embrace agronomic technologies such as the Happy Seeder, a seed drill that plants seeds without impacting crop residue, providing farmers the technical means to avoid residue burning,” he explained.

“When rice is ready to be reaped, a tractor or a harvester collects the grain, a spreader distributes the straw that remains on the ground and the Happy Seeder drills into the land to seed wheat,” Jat said. “Farmers no longer need to till the land to plant their wheat, instead they practice a form of conservation agriculture.”

Researchers at CIMMYT and Punjab Agricultural University have undertaken extensive trials in farmer fields and the new technology has proven itself as a step forward for developing viable solution to rice crop residue burning.

The Indian government launched a $157 million initiative to discourage burning through agricultural machinery innovations. However, the Happy Seeder is yet to be adopted widely. It is estimated that to cover 50 percent, 5 million ha, of the total acreage under rice-wheat cropping systems in India, about 60,000 Happy Seeders are needed. At present, there are only about 10,000 available.

Access the journal article on Nature Sustainability:
Tradeoffs between groundwater conservation and air pollution from agricultural fires in northwest India

Video demonstration:
The concurrent use of super SMS-fitted combines and Turbo Happy Seeder 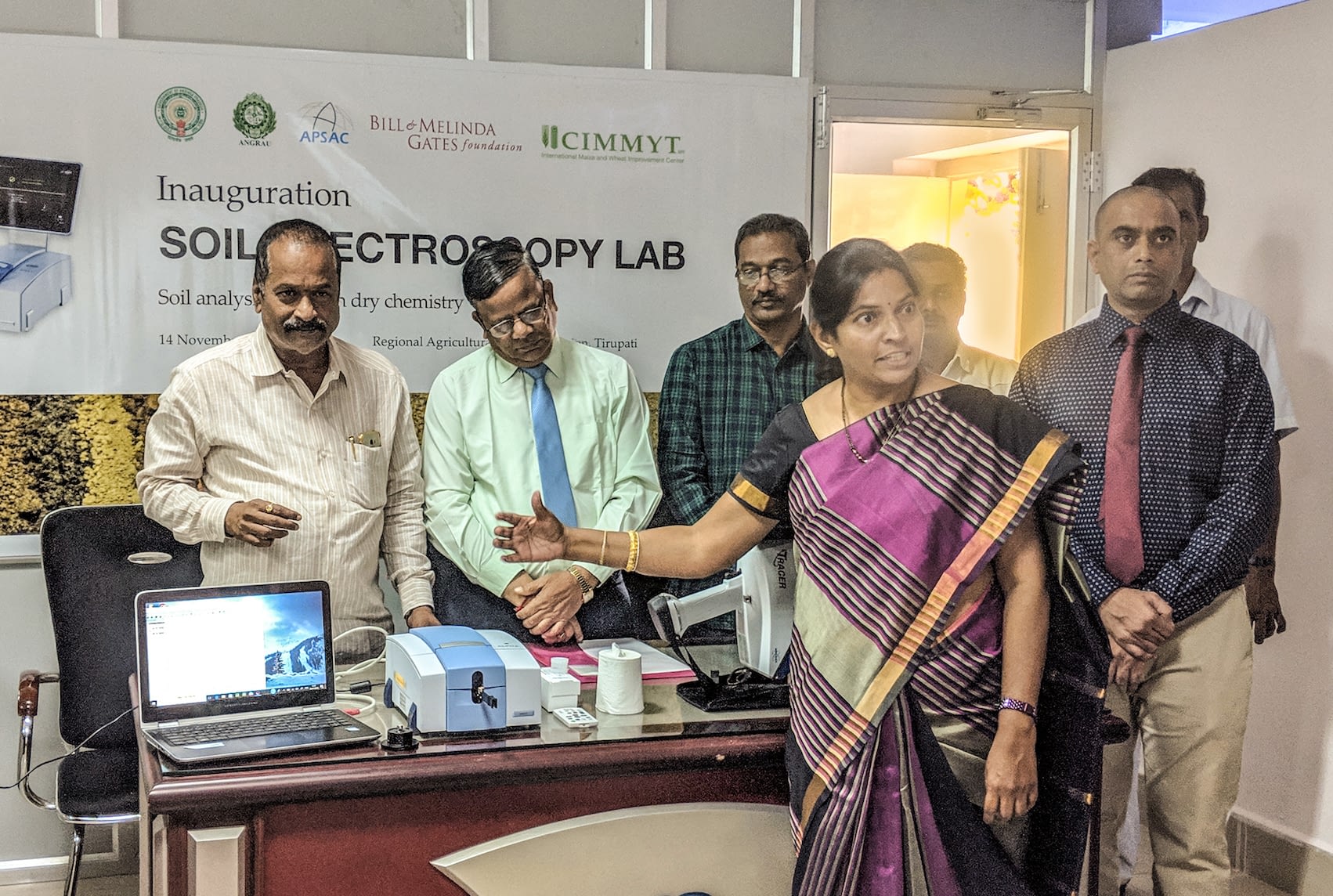 The Borlaug Summit on Wheat for Food Security: 27 March 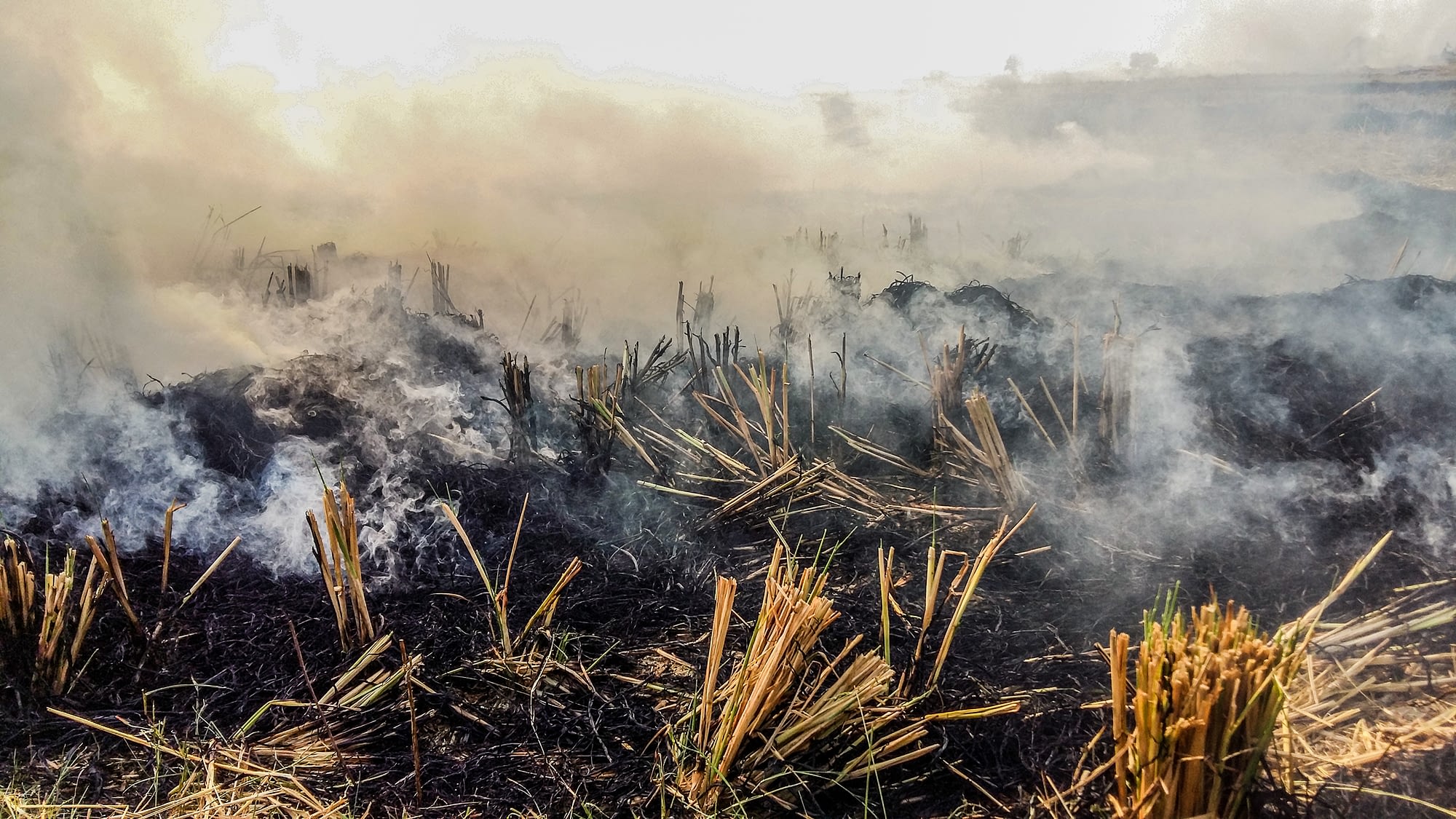