A major farmer survey is gathering data to understand how smallholders in Laos are responding to fall armyworm invasion and develop agroecological management options to control its spread.

The study, led by the International Maize and Wheat Improvement Center (CIMMYT) in partnership with the Lao Farmer Network (LFN) and the National Agriculture and Forestry Research Institute (NAFRI), is CIMMYT’s first official research initiative in the country.

Farmer surveys are being conducted in some of the country’s key maize farming areas, recording attempts to manage the pest and laying the groundwork to raise awareness on sustainable best-bet agroecological strategies that promote a healthy system approach to maize farming, says Horst Weyerhaeuser, a scientific program consultant working with CIMMYT.

“Currently, researchers, policy makers and extension officers possess little information on fall armyworm pest management and control in Laos,” he explains. “The survey is working to build a knowledge-base.”

In June 2019, CIMMYT and national research scientists confirmed that fall armyworm, a global pest that affects the food security of millions of maize farmers, was present in the country.

Working with CIMMYT, LFN trained lead farmers to conduct surveys and collect data from farmers in their local areas. The network has also been distributing a series of infographics and videos in local languages, developed by CIMMYT and translated with major support from HELVETAS Swiss Intercooperation and the Lao Farmer Rural Advisory Project, to describe appropriate pesticide use and sustainable farming practices to limit impact on harvests.

“The survey data explores how farmers respond to the armyworm in their maize fields, so that integrated pest management strategies can be promoted for successful pest control and especially to limit excessive use of harmful pesticides,” says Phoutthasinh Phimmachanh, who leads the LFN secretariat. “The survey also asks about farmers’ plans for the upcoming rainy season and if they experienced a fall armyworm infestation in 2019 will it change their crop selection and planting schemes.”

The initiative is part of a larger strategy to work with government and farmers in southeast Asia to build a knowledge base on sustainable maize farming through the CGIAR program on MAIZE. Due to the impact of COVID-19, researchers are currently exploring options to continue these and additional surveys digitally and via telephone.

As maize farming increases, so does the risk fall armyworm poses to farmer livelihoods

“Maize is the only cash crop for thousands of smallholder farmers in Laos. Fall armyworm poses a credible threat to their livelihoods and could push them to a vicious circle of poverty and damage to the environment,” explains CIMMYT economist Amjath Babu.

“We want to confirm anecdotal accounts suggesting uninformed farmers are buying whatever pesticides they can get their hands on in a bid to control the pest’s impact on harvests. This reaction mimics that of initial farmer responses in sub-Saharan Africa when the pest first broke out there in 2016.” In this sense, he adds, CIMMYT’s partnership with LFN helps to measure the implications of fall armyworm and the potential for this pest to reduce farmers’ profit margins while encouraging unsustainable pesticide use.

Pesticides must be used with extreme caution and only appropriately if they are to be a part of any fall armyworm management regime, warns CIMMYT Senior Scientist Tim Krupnik.

“The pest has particular habits — like living under leaves, hiding in hard to reach places of the plant, and feeding mainly at night,” he explains. “This makes indiscriminate application of insecticides relatively less useful.” It could also inadvertently contribute to the loss of biodiversity and ecosystem services through overuse of pesticides that cause mortality for natural enemies and parasitoids.

Scientists want to explore whether the higher production costs farmers may incur through additional insecticide purchase is encouraging a shift from maize cash crop monocultures to a more diverse production including replacement or rotations with cassava, fodder crops, and rotational grazing, where feasible.

“By building an evidence base we can work with the National Agriculture and Forestry Research Institute,the  agricultural department and farmers to build sustainable, resilient maize farming systems that ensure farmers continue to cash in on maize while diversifying production into sensible alternative crops, with emphasis on protecting their health and the environment,” Babu adds.

The expansion of maize in Laos has been accompanied by a progressive decrease in landscape and agricultural biodiversity, as farmers respond to opportunities to export maize at relatively profitable prices, largely to neighboring Vietnam and China, by resorting to an expansion of slash-and-burn agriculture with shortened fallows. The rapidly growing demand for maize has resulted in unsustainable farming systems intensification, explains Krupnik, with many farmers clearing forests to plant, and using excessive amounts of herbicides to keep weeds at bay.

“Combined with the fall armyworm invasion, potentially dangerous pesticides have been added to this scenario, with quite concerning potential consequences for further biodiversity loss and contamination of mountain streams by agrochemicals,” he says.

“Projects run by Helvetas, which has helped support our research through coordination and convening efforts, have measured dangerous levels of pesticides in the blood of samples taken from farmers and their families and government officials.”

Maize is important for income generation, but more sustainable and diverse cropping systems are needed to reduce the impact on biodiversity, while avoiding the worst pesticides that comprise human health. The data generated from this research will help design strategies to respond to these problems with more appropriate agricultural practices.

The ministry of agriculture has welcomed support from CIMMYT’s maize systems experts to aid in building a base of knowledge to inform the development of agricultural policy, says Chay Bounphanousay, director general of the National Agriculture and Forestry Research Institute. “With the rise of maize farming and the associated challenges and opportunities it brings, an increase in research will inform agricultural policy to improve farmer livelihoods while protecting the environment.” 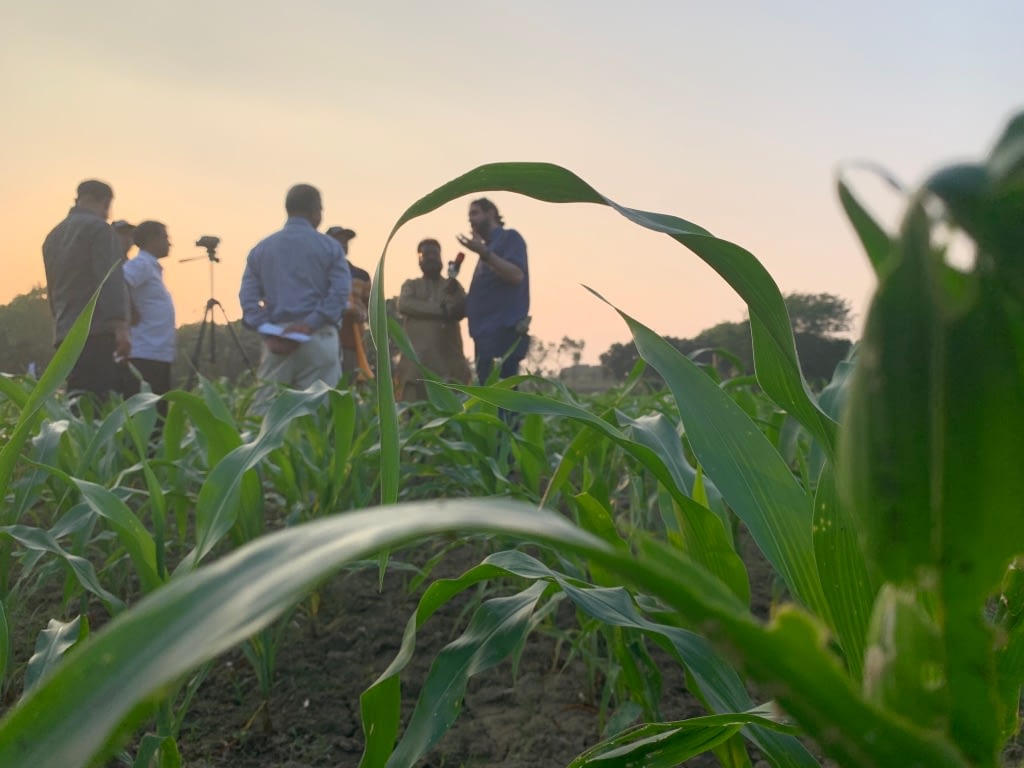 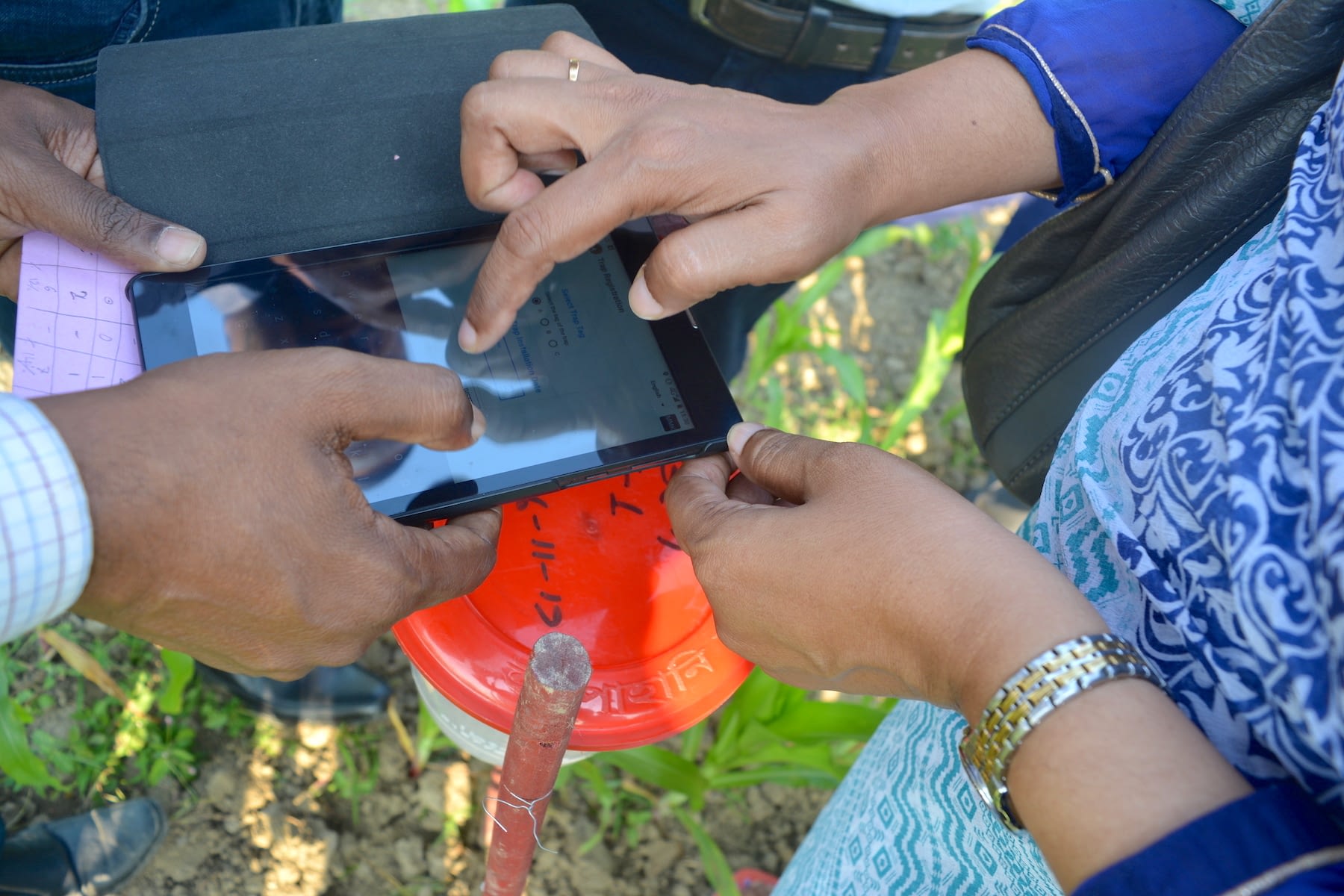 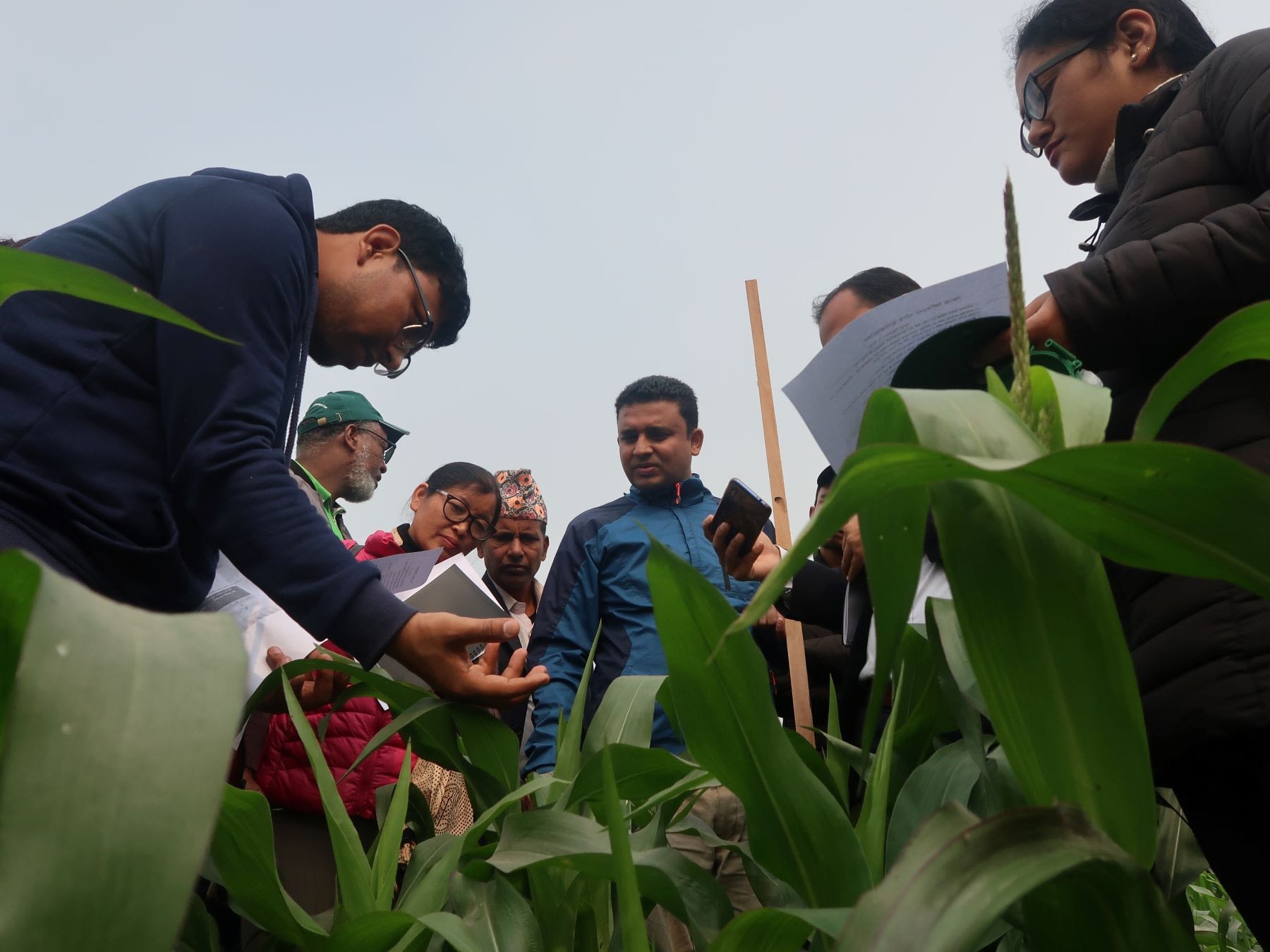 Stakeholders work together to strengthen systems for detecting, mitigating and managing the invasion of the destructive pest.