Nurture soil as our food and climate insurance

Kassim Massi and Joyce Makawa have learned how conservation agriculture nurtures the soil of their 2.5-acres farm in Lemu, Malawi, and helps them to better cope with regular dry spells and storm rains. With four children and two grandchildren, their livelihoods depend on rainfed crop farming, in particular maize, the main staple in Malawi, and a few goats and free-range poultry. The International Maize and Wheat Improvement Center (CIMMYT) introduced them to conservation agriculture, along with five other families in their community.

“I have learnt a lot from this experiment. I can see that with crop rotation, mulching and intercropping I get bigger and healthier maize cobs. The right maize spacing, one seed at the time planted in a row, creates a good canopy which preserves the soil moisture in addition to the mulch effect,” Massi explains. “The mulch also helps to limit water runoff when there are heavy rains. I don’t see the streams of mud flowing out of this plot like for my other field where I only planted maize as usual on ridges,” he adds.

Massi and Makawa started small, on a quarter acre, testing maize and maize-pigeon pea intercropping under conservation agriculture. Later they diversified to a maize-groundnut rotation with pigeon pea alleys, while introducing different drought-tolerant maize varieties on their plot. Pigeon pea and groundnut are legume crops that enrich the soil in nitrogen via nodules that host specific bacteria called rhizobia in their root systems. Massi and Makawa also put layers of maize stalks and groundnut haulms on the ground after harvest, creating a mulch that not only enriches the soil in organic matter but retains soil moisture and improves soil structure.

While they got only two bags of 50kg maize grain from their conventionally tilled maize field, they harvested almost three times more maize grain plus three bags of groundnuts, and two and half bags of pigeonpea from the 0.1 hectares grown under conservation agriculture. “This plot has become our food insurance and we plan to expand it.”

“Building healthy soils over the years is one of the great impacts of conservation agriculture,” explains Christian Thierfelder, an agronomist with CIMMYT in Zimbabwe. “With no tillage, legume rotation or intercropping and crop residue management, a beneficial soil pore structure is developed over time. This enables water to infiltrate into the soil where it is available for plant growth in times of drought or during in-season dry spells.”

Under the GIZ-funded Out scaling climate-smart technologies to smallholder farmers in Malawi, Zambia & Zimbabwe initiative, the different ecosystem services that soils bring have been measured against the typical ploughed maize monocropping system. Fifteen year-long experiments show that 48.5mm more water infiltrates per hour under no-till as compared with the conventional method. Soil erosion is reduced by 64% for ripline-seeded maize with legume intercropping. At the Henderson Research station in Zimbabwe where soil erosion loss has been quantified, it means 90 metric tons per hectare of topsoil saved over twelve years.

There is growing recognition of the importance of soils in our quest for sustainability.

Soils play for instance an important role in climate regulation. Plants fix carbon dioxide (CO2) through photosynthesis and when those plants die and decompose, the living organisms of the soil, such as bacteria, fungi or earthworms, transform them into organic matter. That way, soils capture huge quantities of the carbon emissions that fuel climate change. This soil organic carbon is also essential for our food security because it retains water, and soil nutrients, essential for growing crops.

“Research shows that practices such as conservation agriculture can restore soil organic carbon at the level of four per thousand when farmers apply all principles of conservation agriculture: no-till, soil cover and crop diversification,” explains Marc Corbeels, agronomist seconded to CIMMYT from Cirad. Increasing soil organic content stocks globally by 0.4% per year is the objective of the “4 per 1000” initiative as a way to mitigate climate change and improve food security. At global level, sequestrating 0.4% more soil organic carbon annually combined with stopping deforestation would counteract the annual rise in atmospheric CO2.

“The overall soil organic carbon sequestration potential of conservation agriculture should however not be overestimated,” Corbeels warns. “Carbon sequestration is complex and context-specific. It depends for instance on the type of soils and the initial soil organic status, and the crop and biomass productivity as enough crop residues should be produced.”

“Now farmers in Malawi, Zambia and Zimbabwe are facing prolonged drought and, in some parts, farming communities got hit by flash floods. With degraded and barren soils in this tropical environment, it is a disaster. In my experience, more than mitigation, improved climate resilience is a bigger benefit of conservation agriculture for the farmers”, Corbeels says.

“Science is important to build up solid evidence of the benefits of a healthy soil and push forward much-needed policy interventions to incentivize soil conservation,” Thierfelder states.

Scaling out conservation agriculture practices is what has driven him over the past decade in southern Africa.

“One big lesson I learnt from my years of research with farmers is that if you treat well your soil, your soil will treat you well. Conservation agriculture adopters like Kassim Massi and his family are more resilient to these successive shocks. We need more farmers like them to achieve greater food security and climate resilience in the region,” he concludes. 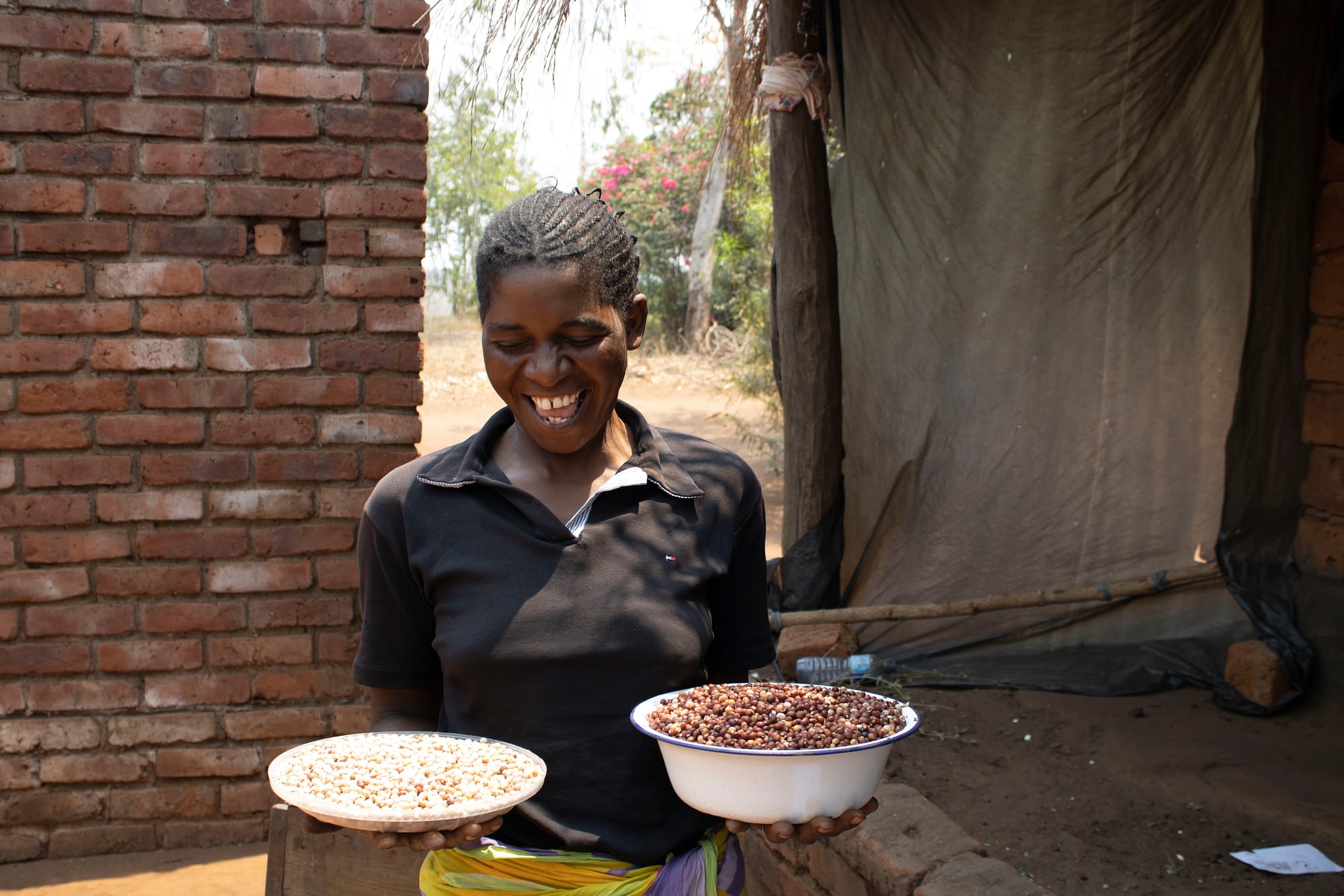 Pulses, cobs and a healthy soil prove the success of a rural innovator

Long-term research on climate-smart agriculture in Malawi has improved the productivity, resilience and prospects of Mary Twaya, a single mother of three.

A new series of infographics outlines the challenges that must be addressed in order to scale adoption of climate-smart agriculture practices in southern Africa.