How green manure and conservation agriculture are transforming the lives of farmers in eastern Zimbabwe.

One of the constraints is the lack of appropriate machinery and tools that reduce drudgery. “Addressing a wide set of complementary practices, from nutrient and weed management and judicious choice of crop varieties to labor demand, is key to making conservation agriculture profitable and feasible for a greater number of farmers,” said Christian Thierfelder, Principal Scientist at the International Maize and Wheat Improvement Center (CIMMYT).

Farmers in the district of Murehwa, in Zimbabwe’s Mashonaland East Province, have embraced sustainable farming systems. They are benefitting from higher yields and new sources of income, and they are improving soil fertility.

Cosmas and Netsai Garwe’s homestead copes well despite the erratic weather. They own a lush one-acre field of maize and well-fed livestock: 18 cows, 9 goats and 45 free-range chickens. Two years after a crop-livestock integration initiative funded by the Australian Centre for International Agricultural Research (ACIAR) ended, the family still benefits from the conservation agriculture practices they learnt.

Like the Garwes, more than 2,000 farmers in Murehwa district are scaling the production of lablab and velvet beans, which implies almost complete adoption. Effective extension support, local innovation platforms, and access to profitable crop and livestock markets have been key drivers for widespread adoption.

Many of these smallholder farmers’ fields have been under cultivation for generations and the granitic sandy soils, predominant in the area, have become very poor in soil organic matter, a key component of soil fertility.

“Nitrogen-fixing green manure cover crops such as velvet beans, lablab and jack beans can provide an affordable way for smallholder farmers to bring back soil fertility, especially nitrogen, into the soil,” explained Thierfelder. “Once the soils become responsive to mineral fertilizer again, a combination of leguminous crop rotations, manure use and in-organic fertilizer will provide stable and sustained crop yields of maize, their main food crop, even under a changing climate.”

Starting the second year the Garwes tried conservation agriculture on a 0.4-hectare plot, their yields improved, realizing 1.2 tons. As an additional benefit, the cover crops could be used as new animal feed sources, so they could keep maize crop residues as soil cover and increase the amount of organic matter in the soils.

Adoption of green manure cover crops was not easy at first, but farmers from Murehwa quickly realized that lablab and velvet beans improved the fattening of cattle and poultry. Drying the cover crop, they were able to produce protein-rich hay bales, sought-after in winter when other fodder stocks usually run low.

Better-fed, healthier animals meant better sales, as the Garwes could now get around $1,200 for one cow. Neighboring farmers soon found this new crop-livestock system appealing and joined the initiative.

Saving for a dry day

The economic opportunities for farmers in Murehwa go beyond cow sales. In 2013, the Klein Karoo (K2) seed company offered contracts to farmers for the production of lablab seed. Suddenly the crop became highly profitable, which trigged adoption by almost all the farmers in the area.

As explained by extension officer Ngairo, “there is lablab and velvet beans grown everywhere, at homestead plots, school gardens… using ripline seeding techniques and showing the widespread adoption of conservation agriculture practices in the ward.”

Better incomes from livestock, fodder and lablab seeds had ripple effects for these Murehwa communities.

Since they adopted lablab and conservation agriculture practices in 2013, Kumbirai and Lilian Chimbadzwa transformed their asset base. They were able to complete their four-bedroom house, connect their homestead with the national electricity network and send their daughter to a nearby boarding school.

Despite prolonged dry spells during the last season and the threat of fall armyworm, these farmers have been coping much better than those practicing conventional tillage farming.

“Farmers taking up lablab and other leguminous cover crops have not only improved their incomes, but also the resilience of their farming systems,” explained Isaiah Nyagumbo, Cropping Systems Agronomist at CIMMYT. “Conservation agriculture practices such as mulching help retain soil moisture, while pests and diseases are less prominent in diversified fields planted with stress tolerant maize varieties and legume cover crops.”

For CIMMYT and other institutions willing to scale sustainable intensification practices in Africa, there is plenty to learn from the farmers in Murehwa.

New research in the district has started to test how climate-adapted push-pull systems support smallholder farmers in overcoming the invasive fall armyworm using biological means. These systems involve conservation agriculture, green manure and legume intercropping, and planting high-productivity fodders surrounding the plots. This would also reduce the reliance on pesticides, which may be harmful for humans and the environment. 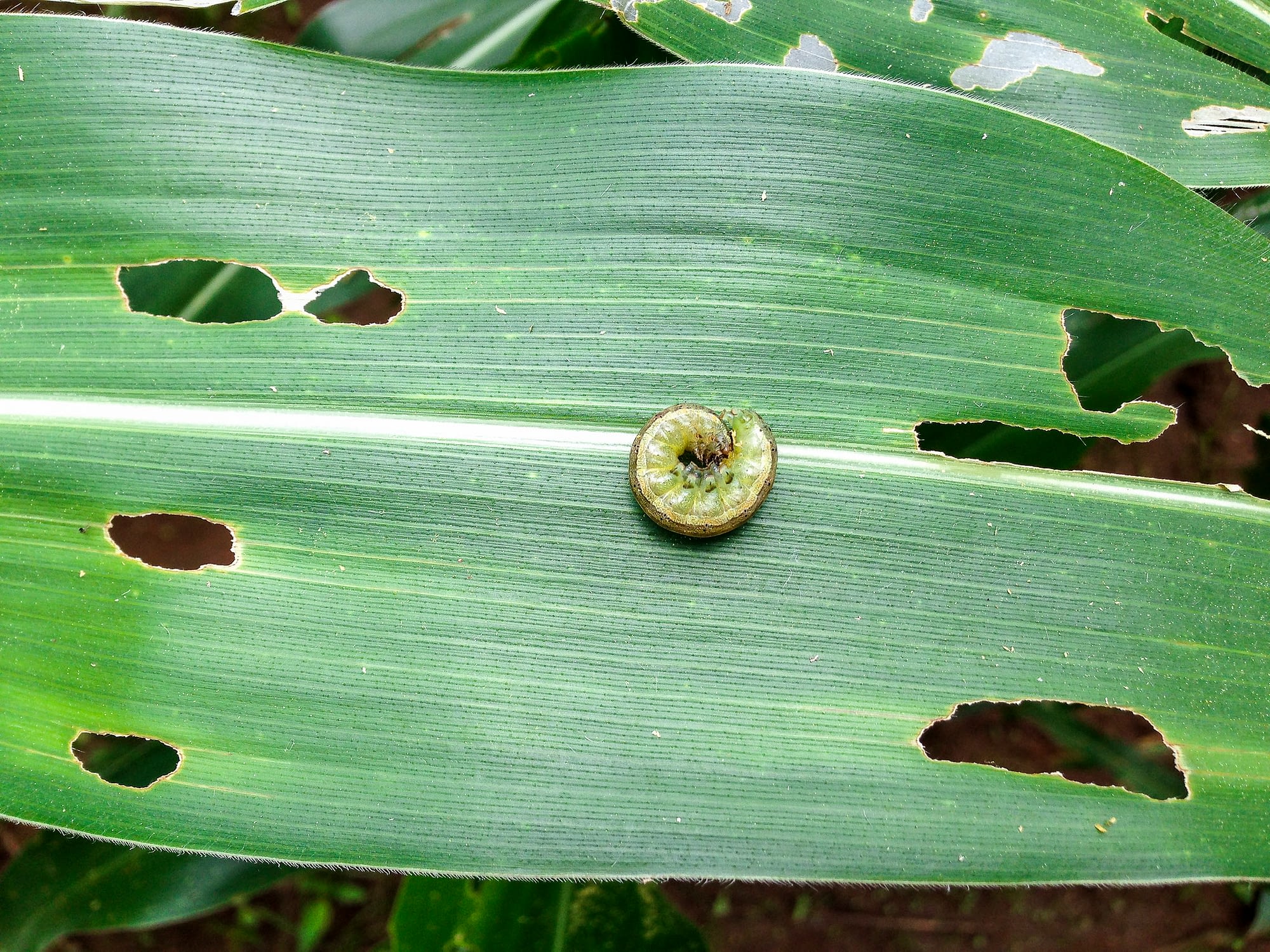 Good weed management, conservation agriculture, and use of manure and compost are recommended to help control fall armyworm in Africa.