The goal of completely eradicating vitamin A deficiency – mainly in Africa and Southeast Asia – remains a big challenge.

HARARE, Zimbabwe (CIMMYT) – Annually, vitamin A deficiency affects between 250,000 and 500,000 vulnerable and malnourished young people with early-life blindness worldwide. Half of these people die, according to the World Health Organization. The goal of completely eradicating vitamin A deficiency – mainly in Africa and Southeast Asia – remains a big challenge.

“There is very good evidence that vitamin A deficiency leads to an impaired immune system and can even have an impact on brain development,” said Thokozile Ndhlela, a CIMMYT maize breeder in southern Africa, addressing about 1,400 people at a seed fair event in Mutoko and Murewa districts of Mashonaland East province in Zimbabwe.

“But effective science can make a huge difference by enriching staple crops such as maize with pro-vitamin A and providing subsistence farming households with nutritionally enhanced food, ” Ndhlela explained to the audience, which included smallholder farmers, private seed companies, non-governmental organization representatives, traditional leaders, members of parliament and government officials.

In Zimbabwe, nearly one in every five children under the age of 5 are Vitamin A deficient. While vitamin A is available from a variety of sources, such as yellow, orange and red pigmented fruits, dark leafy vegetables, or animal products such as milk, eggs, liver and cheese,  these are often too expensive or unavailable in Zimbabwe’s rural areas, where 70 percent of the population live.

As part of efforts to address this nutritional challenge, CIMMYT and the CGIAR HarvestPlus research program are working with Zimbabwean researchers to develop maize varieties with high beta-carotene content.

“Beta-carotene, which is converted in the body to vitamin A is naturally found in maize,” said Ndhlela. Maize that is rich in beta-carotene is also orange in colour.

Since 2002, CIMMYT and CGIAR have been working on biofortification to enhance the micronutrient content of maize to support a fortification strategy launched by the Zimbabwe government in November 2015 through an agro-based initiative managed by farmers.

The improved orange maize varieties are bred to have some of the important traits such as high-yield potential, disease-resistance, and drought-tolerance, thereby reducing farmers’ vulnerability to effects of drought and other stresses, such as heat. This represents one promising strategy to enhance the availability of vitamins and minerals for people whose diets are dominated by micronutrient-poor staple food crops.

Orange maize – when eaten as a porridge-like staple food known as sadza in Zimbabwe – could provide half of the average daily requirement of vitamin A for women and children. This maize is bred specifically for human consumption compared to yellow maize, which is mainly for animal feed.

“Our focus is on hidden hunger, caused by insufficient mineral and vitamins in the diet – that is the major hunger problem Zimbabwe faces today,‘’ says Tendayi Mutimukuru-Maravanyika,’’ HarvestPlus Zimbabwe country manager.

CIMMYT together with HarvestPlus, Zimbabwe’s Department of Research and Specialist Services, and other partners have released the ZS242 maize variety in Zimbabwe. An additional three hybrids are expected to be released in the country by end of October 2016. Regionally, six varieties have been released in Zambia, and four in Malawi.

Farming households have benefited from the orange maize in 13 districts: Mutare, Makoni, Mutasa, Mount Darwin, Guruve, Shurugwi, Gokwe South, Kwekwe, Mutoko, Murewa, Zaka, Bikita and Marondera. The intention is to have the production and consumption of these crops scaled up to the national level through collaboration with the private sector. In the 2015-2016 cropping season, 73 tons of orange maize seed was distributed to eight districts and about 30,000 households benefited.  Out of the 13 districts, CIMMYT set up demonstration plots in five districts, of which seed fairs were held in two districts.

Demonstrations and field days are organized in various districts to create awareness, educate and train farmers on how to produce the crop and showcase good agricultural practices. “We also train partners to ensure that the product gets to the intended beneficiary, the consumer, in a way that contributes to their health,’’ said Lister Katsvairo, HarvestPlus southern Africa regional manager.

Due to a general preference for white maize, encouraging the acceptance of the orange maize variety remains a challenge often overcome when consumers taste it, according to Katsvairo. Consumers prefer the orange variety once they understand the benefits of vitamin A in their diets. In addition, people believe that yellow and orange maize are the same, but the two breeds are different in taste and colour. “They both have the same nutritional value, but orange maize contains more vitamin A compared to yellow maize, ‘’ Katsvairo said.

Douglas Makuvire, Murewa district agricultural extension officer, says most children in his area suffer from vitamin A deficiency, alluding to consumer fear of eating orange maize as a result of negative previous experiences with yellow maize, but said that efforts involve reassuring people of the nutritional benefit.

Murewa smallholder farmer, Donald Kure, 62, said he had a bad experience with yellow maize during the devastating 1992 drought when the government fed millions of people with it to avert mass starvation. “The taste was pathetic, ‘’ he recalls. Though Kure had mixed feelings about the orange maize he remained optimistic.  “Maybe this orange maize variety would be different,’’ he said after tasting sadza prepared with orange maize meal at the field day.

CIMMYT and Harvest Plus have been breeding biofortified crop varieties of vitamin A orange maize since 2015. 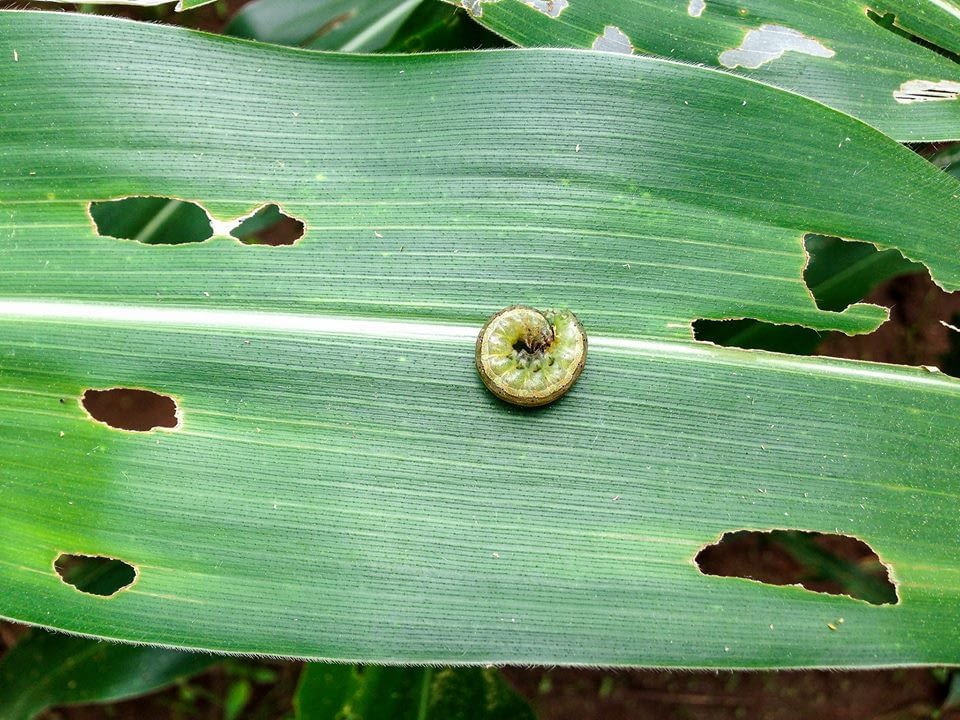