The art of seeding hope

In March, CIMMYT celebrated International Women’s Day and lauded the efforts of many. At CIMMYT, we are lucky to work with outstanding female colleagues. Perla Chávez Dulanto, associate scientist for the Global Wheat Program’s (GWP) physiology team, which is led by Matthew Reynolds, is one of those colleagues.

Chávez came to CIMMYT in 2012, inspired by the legacy of Dr. Norman Borlaug, who she describes as “a man who devoted his life and his science to help the poorest but was guided by his heart —a characteristic feature of great scientists and true human beings.” She was also motivated by the opportunity to be part of an interdisciplinary group working to improve food security and livelihoods. After earning a BSc in agricultural engineering at La Molina National Agricultural University in Lima, Peru, she worked for large-scale farm export enterprises and agribusiness, nongovernmental organizations and education-extension institutions. Yet Chávez, who is inspired by the landscapes she admired during her childhood, wanted to develop good crops for poor farmers.

“Though I was raised in Lima, my mother was from Chancay, a coastal city nearby and the largest provider of field crop commodities to Lima. From Chancay, you could see endless maize and potato crop fields with long rows almost reaching the beaches, listen to birds tweet and see whales or sea lions jumping into the water far beyond,” Chávez said. She knew she needed to learn about soil, physics, ecology, pathology and animal life. Chávez has had enough contact with farmers, both wealthy and poor, to realize there are large differences between their livelihoods. Peru produces wheat, barley and sorghum in mountainous areas. Wheat is important to smallholder and subsistence farmers but yields are only 2 to 3 tons per hectare due to the lack of improved materials and the prevalence of pests, disease damage and abiotic stresses like drought. Chávez said Peru and the Andean region could benefit from research, motivating her to continue with science.

She earned a master’s degree in entomology with complementary studies in integrated pest management and horticulture at La Molina and the Wageningen Agricultural University (WAU), The Netherlands. She earned a Ph.D. from the University of the Balearic Islands, Spain, and conducted research for the International Potato Center (CIP) in Peru on a project using remote sensing to detect biotic and abiotic stresses in potatoes. Chávez worked at CIP for eight years, where she had the opportunity to travel across Peru.

Chávez brings this expertise to the wheat physiology group and she says she is lucky for the support of her GWP colleagues. During her tenure at CIMMYT she has organized two courses on plant physiology for national staff at Ciudad Obregón, and edited and coordinated the English-Spanish translation of the manuals Fitomejoramiento Fisiológico volumen I y volumen II. She has also supported Amor Yahyaoui and Pawan Singh during field days in Toluca and coordinated visits by students and children at Ciudad Obregón.

“I am happy to do collaborative research within GWP and CIMMYT as a whole, which involves breeders, pathologists, physiologists, conservation agriculture experts and more,” Chávez said. “If we all work together we can move faster to discover and select genotypes with a very good combination of characteristics. Those genotypes — after several steps — can be released for farmers. We can make an impact on people’s lives.” Chávez will soon start a new stage in her life when she becomes a mother in May. She looks forward to sharing some of her other talents, such as drawing, painting and sculpture, with her baby boy. 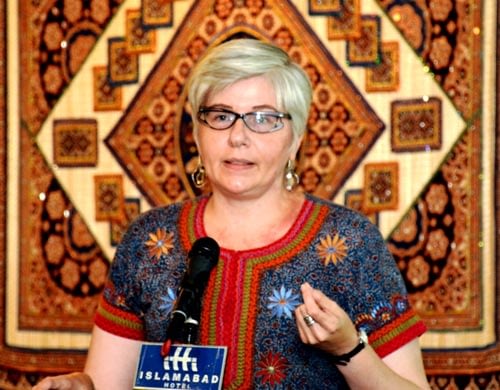