It is estimated that nearly one in three people in the United States are living a “gluten-free” lifestyle (New Scientist, July 2014). This diet trend has been supported and encouraged by celebrities, athletes and influential people around the world. In the past five years there has been an epidemic of self-diagnosed gluten intolerance. Many are claiming gluten is a toxic addictive that causes bloating, various mental disorders, stomach pains, headaches and lethargy.

Gluten intolerance can be the result of a multitude of disorders, including coeliac disease. According to Coeliac.org , “Coeliac disease is caused by a reaction of the immune system to gluten – a protein found in wheat, barley and rye. When someone with coeliac disease eats gluten, their immune system reacts by damaging the lining of the small intestine.” Cutting out gluten means cutting out one of the primary food groups. Many gluten-free foods sold in stores are short on fiber and have higher sugar content, often making these products less healthy for non-gluten-intolerant consumers. 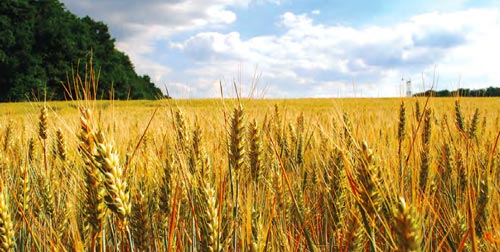 Only about one percent of the United States population suffers from coeliac disease, so why is one-third of the population going gluten-free and swearing off wheat even after the health risks? Non-coeliac gluten sensitivity (NCGS) may be the cause. Many are claiming NCGS as a result of having no immune reaction to gluten but still experiencing bloating and stomach pain that went away after adopting a gluten-free diet.  Small studies have been conducted, and it appeared that NCGS is legitimate. Peter Gibson of the Alfred Hospital and Monash in Melbourne, Australia, was one of the first to study the effects of gluten with randomized tests. Even after his first test came back positive, showing that the participants who ate gluten were experiencing abdominal pains and lethargy, Gibson was not convinced (New Scientist, 2014.)

“The trouble is that wheat has more than just gluten in it,” said Gibson (New Scientist, 2014). What Gibson discovered was gluten in wheat was not causing the illnesses. Results pointed to the fermentable oligo-di-monosaccharides and polyols (FODMAPs) found in wheat, which are also present in many fruits, vegetables and dairy products (The Guardian, 2014).

CIMMYT is running an online campaign to dispel myths about wheat, as well as raise awareness about the importance of wheat in the world. For more information visit the Wheat Matters website, and join in on the #WheatMatters conversation on Facebook and Twitter.

Is gluten the new villain? The New Yorker covers the rising gluten-free trend

“The most obvious question is also the most difficult to answer: How could gluten, present in a staple food that has sustained humanity for thousands of years, have suddenly become so threatening?”

“You go to the field.” U.S. Borlaug Fellows in Global Food Security