Agricultural Innovation Program (AIP) comes to a close but its impact lives on.

A unique consortium of global and Pakistan scientists has helped to drive the country’s recent growth in annual maize output to 6.3 million tons — nearly double the 2010 output — and energized the domestic production of affordable, quality seed of more nutritious and climate-resilient maize varieties.

With funding from the U.S. Agency for International Development (USAID), support from the Pakistan Agricultural Research Council (PARC) and other national experts, and coordination by the International Maize and Wheat Improvement Center (CIMMYT), the seven-year Agricultural Innovation Program (AIP) for Pakistan has contributed to the dramatic growth in national maize productivity that began in the early 2000’s, when more farmers adopted hybrid seed and better management practices.

“A key AIP focus has been to reach smallholder and marginal farmers with affordable maize seed from domestic suppliers, thus reducing maize seed imports that cost Pakistan nearly $80 million in 2018-19,” said AbduRahman Beshir, CIMMYT maize seed system specialist for South Asia. “As part of this, the program has provided dozens of private companies with market-ready maize products and parental seed, as well as training in product marketing and business management and supporting the production and distribution of 175 tons of maize seed for on-farm demonstrations and promotion.”

Products from AIP have included more nutritious, diversified maize lines and varieties with tolerance to drought, infertile soils and insect pests, reducing the risk of smallholder farm families for whom losing a crop is catastrophic, according to Syed Khadem Jan, a farmer from Bajaur District of the tribal areas of Pakistan.

“Our area is very fragmented and maize yields have averaged less than 2 tons per hectare, due to the lack of improved varieties and management practices,” Jan said. “The new maize seed with drought-tolerance is what farmers are looking for and will help to secure our food and livelihoods.”

Pakistan farmers sow maize on 1.3 million hectares in diverse ecologies ranging from 30 meters above sea level on the arid plains of Sindh Province to nearly 3,000 meters in the Karakoram mountain range of Gilgit Baltistan Province and as part of complex, irrigated cropping rotations in Punjab Province and small-scale, rain-watered farms in Khyber Pakhtunkhwa Province. Yellow maize is used widely in poultry feed and white maize for various foods including unleavened roti. Despite rising domestic demand for maize, production in Pakistan faces challenges that include a lack of maize varieties for various uses and ecologies, a weak seed delivery system, high seed prices, and unpredictable weather.

Since 2014, AIP has supported the testing by public and private partners in Pakistan of more than 3,000 maize products from breeding programs of CIMMYT and partners such as the International Institute of Tropical Agriculture (IITA). The extensive testing resulted in the identification of 60 new maize hybrids and varieties which CIMMYT handed over, together with their parental lines and breeder seed, to 16 public and private partners, according to Beshir.

“The maize seed distributed through AIP is enough to sow some 9,000 hectares, potentially benefitting nearly 110,000 families,” he said. “Similarly, CIMMYT has shared over 150 elite maize lines that have various preferred traits to foster variety registration, on-farm demonstrations, high-volume seed production, and intensive marketing. These contributions have broadened the genetic diversity and resilience of Pakistan’s maize and, through fast-track testing, saved partners at least eight years and considerable money, over having to develop them on their own from scratch and to pass them through conventional adaptation trials.”

Through AIP and national partners such as the University of Agriculture Faisalabad, farmers are testing pro-vitamin-A-enriched maize hybrids that are also remarkably high-yielding, helping to address one of the country’s chronic nutritional deficiencies. With the same aim, in 2017 the national variety evaluation committee approved the release of two “quality protein maize” hybrids, whose grain has enhanced levels of the amino-acid building blocks for protein in humans and other monogastric animals.

Thanking USAID and the government of Pakistan, as well as 22 public and private partners across the maize value chain, Muhammed Imtiaz, CIMMYT country representative for Pakistan and AIP project leader, underscored the importance of specialty maize products for vulnerable communities.

“Strengthening ‘Agriculture-to-Nutrition Pathways’ is a centerpiece of AIP and part of CIMMYT efforts to provide nutritious food for the needy,” Imtiaz said. “The introduction and evaluation of quality protein, Provitamin A and zinc enriched maize products represent a significant contribution both for the maize seed sector and Pakistan’s agricultural transformation.”

Addressing a 2020 AIP meeting, Muhammad Azeem Khan, PARC Chairman, urged stakeholders to use the new maize varieties. “I want to reiterate the importance of collaboration among public and private stakeholders to produce seed at scale, so that the diverse maize varieties can make it to the farmers’ fields as quickly as possible,” he said.

Maize seed producers acknowledge the value of AIP training and support in new business models. “We are grateful to CIMMYT for reviving and helping the crawling maize seed industry to walk,” said Aslam Yousuf, Managing Director of HiSell Seeds Private Ltd. Company. “Now we need to learn to run.”

Dating back to the 1960s, the research partnership between Pakistan and CIMMYT has played a vital role in improving food security for Pakistanis and for the global spread of improved crop varieties and farming practices. Norman Borlaug, Nobel Peace laureate and first director of CIMMYT wheat research, kept a close relationship with the nation’s researchers and policymakers.

CIMMYT and Pakistan: 60 years of collaboration

New fact sheet captures the impact of six decades of maize and wheat research in Pakistan. 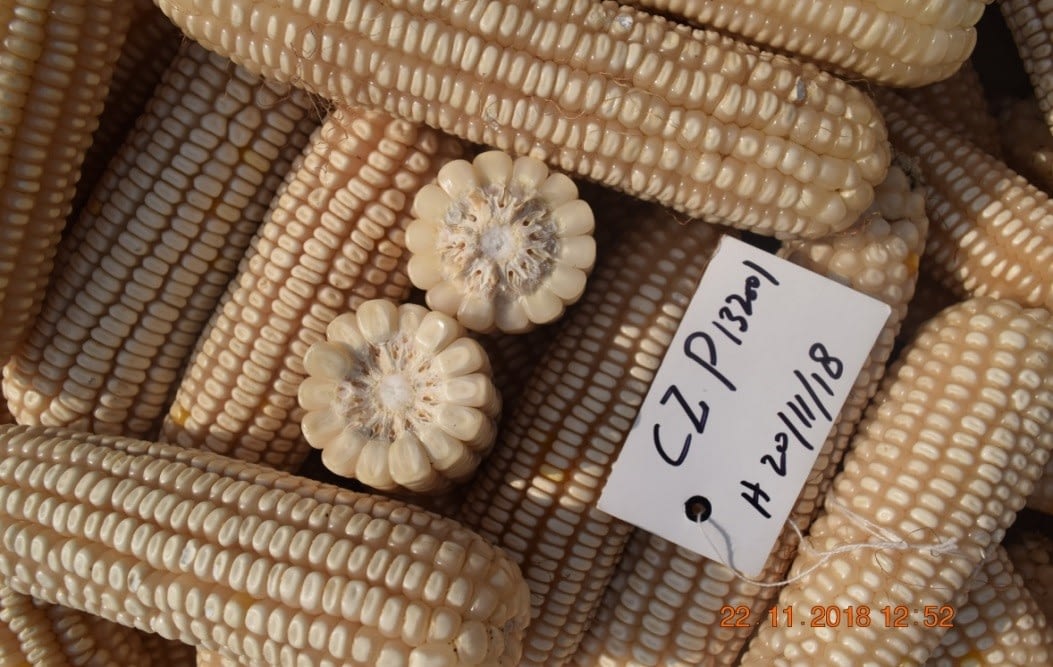