How a new generation of women are changing wheat science

Over the past 12 years, the Jeanie Borlaug Laube Women in Triticum award has supported 66 early-career women scientists as they build a stronger, more inclusive community of wheat scholars fighting hunger worldwide.

Each year, the Borlaug Global Rust Initiative (BGRI) honors five to six female early-career wheat researchers with the WIT award in recognition of scientific excellence and leadership potential. With the award, women scientists receive leadership training and professional development opportunities meant to support them as they join the community of scholars who are fighting hunger worldwide.​

“The training I’ve received with this award has been one of the best experiences of my professional life,” said Rambla, an Italian native who recently completed her Ph.D. at the Queensland Alliance for Agriculture and Food Innovation in Australia and has begun a postdoctoral appointment at the Salk Institute for Biological Studies. “Meeting these incredible women working in the same field, sharing our knowledge and experiences, it felt like we belonged together and were working toward one shared purpose; We are all joined by this same passion for agriculture and science.”

The 2022 awards honored six early-career scientists from Morocco, Indonesia, Ethiopia, Italy, Pakistan and China. Since 2010, the WIT awards have recognized 66 early-career scientists from 29 different countries. The training and development opportunities offered to each year’s cohort varies, based on the needs and interests of the winners, said Maricelis Acevedo, director for science for the BGRI, research professor in the Department of Global Development at Cornell University, and a 2010 WIT awardee. The 2022 WIT cohort visited the World Food Prize Foundation in October, just before the foundation announced the winner of this year’s World Food Prize, widely considered the Nobel Prize for food and agriculture.

“The role of the WIT award is to recognize emerging scientific leadership and provide training and support for women working in wheat to create a cohesive group of hunger-fighters who have the skills to lead the next generation of scientists and create the solutions that we need at such a critical time,” Acevedo said. “As these women receive the award, we hope that they continue to support other women and other early-career scientists, and to train their students in a more open, diverse network.”

Meriem Aoun, a 2018 WIT awardee and native of Tunisia, was a postdoctoral associate at Cornell University when she won her award. Her cohort received a month-long training at the International Maize and Wheat Improvement Center (CIMMYT) – the center where Norman Borlaug did the research that earned him the 1970 Nobel Peace Prize –  and attended the 2018 international BGRI conference in Morocco. Aoun believes that the WIT award supported her professional career development and gave her the opportunity to connect with other WIT winners from many countries.  “I am thrilled to see more and more ambitious and career-interested wheat scientists and that our community of WIT winners is growing each year,” she said.

Now an assistant professor of wheat pathology at Oklahoma State University (OSU), Aoun studies the genetics of disease resistance to wheat pathogens. She is a key member of OSU’s wheat improvement team developing disease-resistant wheat varieties suited for Oklahoma and the Southern Great Plains of the U.S.

For 2013 winner and Swiss-Argentinian Sandra Dunckel, the fact that BGRI chooses a cohort of women each year, rather than a single winner, is one of the strengths of the award. Now head of Breeding Barley, Special Crops and Organics at KWS Group, a multinational seed company headquartered in Germany, Dunckel said the networking opportunities were among the most beneficial aspects of her WIT award training.

“There is this group of women who are working on a common goal, and even if you aren’t in touch for several years, you can contact someone from your year, or really any year, and say, ‘Hello, fellow WIT winner, I’m looking for a breeder with great potential for one of my teams, can you recommend someone, or  I need help with this question.’ It’s always there to fall back on,” she said.

Dunckel won her WIT award while completing her PhD at Kansas State, then worked for two years as a wheat breeder in Australia before moving to her current role at KWS, where she oversees nine breeding teams across Europe who are working to develop new barley, peas, oats and protein crop varieties that are more tolerant to drought and heat, have desired quality profiles and can be grown more sustainably globally.

Paula Silva, a 2020 WIT awardee, also won her award while completing her PhD at Kansas State. She has since returned to her native Uruguay, where she leads the breeding team developing disease resistant varieties of barley and wheat for Uruguay’s National Institute of Agricultural Research (INIA). From 2019-2022, she coordinated breeding efforts with CIMMYT by leading the Precision field-based Phenotyping Platform (PWPP) for Multiple Resistance to Wheat Diseases.

One of the purposes of the WIT award is to help achieve gender parity among wheat scientists, and Silva said she believes the award “is playing a big part in building gender equality.”

Silva said that as a student, she was encouraged to apply for the WIT award by Sarah Evanega, who, along with Ronnie Coffman, international professor emeritus of plant breeding and genetics at Cornell, lobbied for the establishment of the WIT award. The BGRI now annually presents WIT honors to early-career scientists and a mentor award for excellence in advising of women working in wheat and its nearest relatives.​

“Sarah was always advocating for young, female participation,” Silva said. “I remember her counting how many females there were in conference pictures, and I do that now, too. You can see, year by year, the female representation gets bigger and bigger.”

Full gender equality in science is still lacking, but progress is being made. The gains are seen in wider perspectives that challenge orthodoxy and improve scientific possibilities.

“The WIT awards are a fantastic way to recognize and support emerging leaders in our community. The impressive cohort of past and present WIT recipients are actively contributing to global efforts to improve crop production and food security,” said Alison Bentley, who now leads the Global Wheat Program at CIMMYT.

Part of Acevedo’s leadership role for BGRI is helping choose each year’s winner, as part of a panel that includes previous WIT awardees and globally recognized wheat scientists, and working with each cohort to develop appropriate training opportunities. Acevedo said as she progressed in her career, she realized how important it was to help young female scientists not only with traditional training and networking opportunities, but also with leadership, communication, and work-life balance.

“It’s really tough to be an isolated scientist: science can be very individualistic. It can be competitive. As women in science, we feel particularly isolated because a lot of our colleagues are males. So you may feel like, ‘This is only happening to me, I’m the only one struggling with this,’” Acevedo said. “In these trainings, we celebrate professional and personal successes but also share  our challenges, normalize struggles, and find support. As we think about a more collaborative and open science, we need to be talking more about humbleness, the positive impact of recognizing and making peace with weakness, and seeking support from one another to thrive as a diverse research community.”

Read the original article: How a new generation of women are changing wheat science 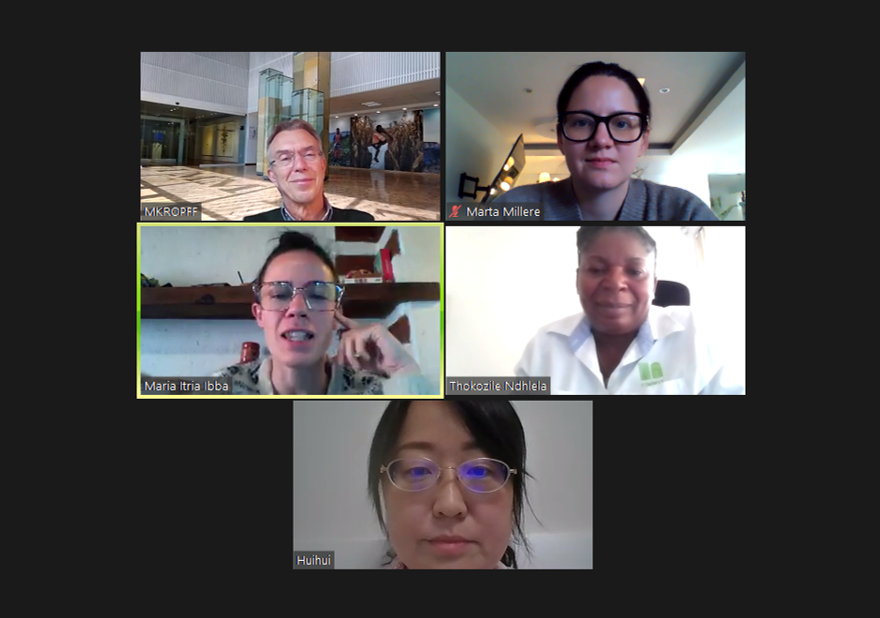 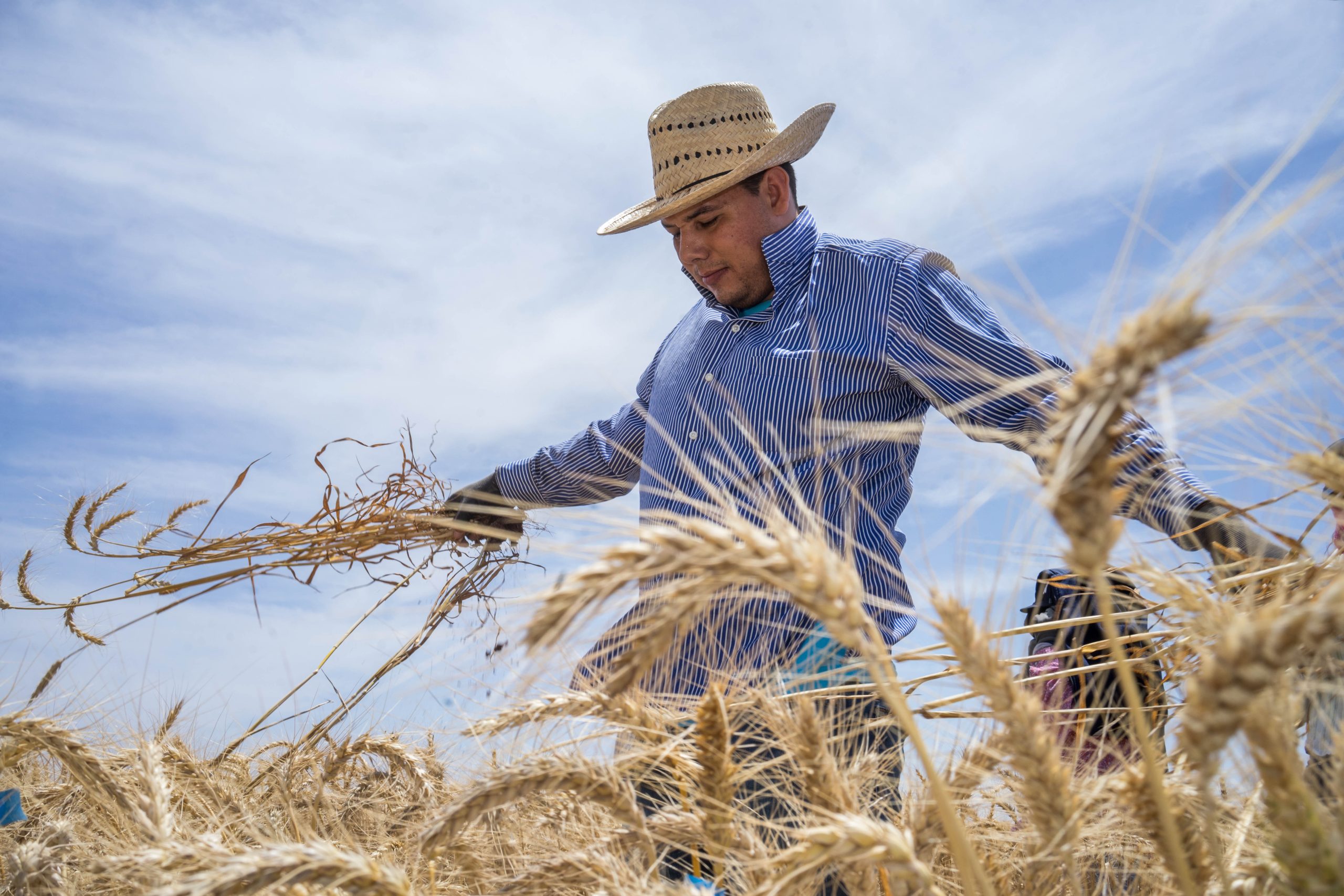 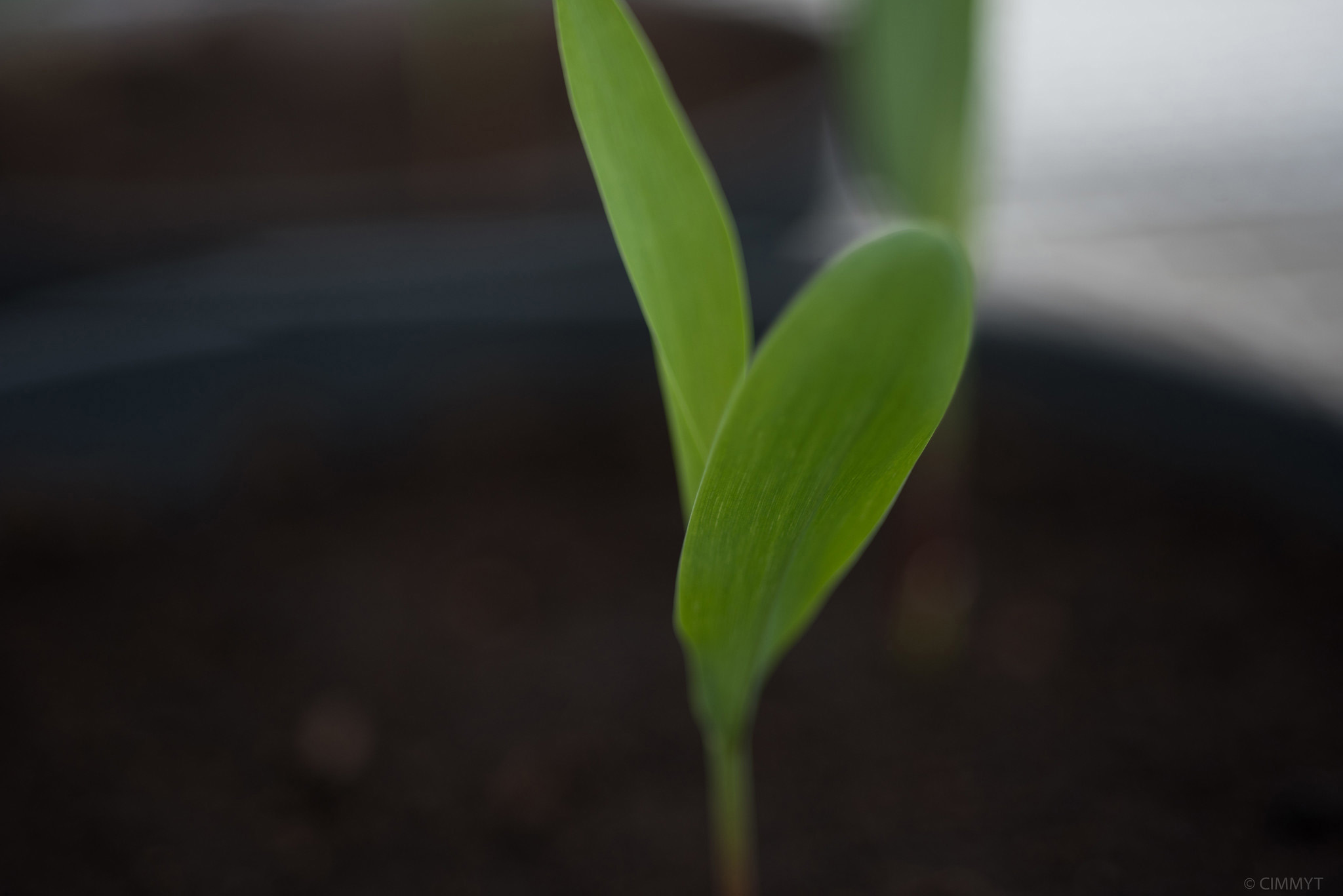 Maize and wheat science to sustainably feed the world