It’s been eight years since maize lethal necrosis (MLN) was first reported on the African continent. When it appeared in Kenya’s Bomet County in 2011, a sense of panic swept across the maize sector. Experts quickly realized that all maize varieties on the market were susceptible to this viral disease, which could wipe out entire maize fields.

Now, CIMMYT and its partners are reflecting on the tremendous impact of transboundary coalition to contain the devastating disease.

“Country reports show there are now much less incidents of MLN in the region. We have effectively contained this disease as no new country in sub-Saharan Africa reported MLN since Ethiopia in 2014. This is a great achievement of an effective public private partnership,” noted B.M. Prasanna, Director of CIMMYT’s Global Maize Program and the CGIAR Research Program on Maize.

He was speaking at the closure workshop for the MLN Diagnostics and Management project and the MLN Epidemiology project on October 15-17, 2019, in Nairobi, Kenya. Experts from research, plant health and seed sector organizations from eastern and southern Africa reflected on the tremendous impact of the transboundary coalition to contain MLN across the region.

“The outbreak of the disease in Uganda in 2012 was a huge challenge as all the maize varieties and hybrids on the market were susceptible. With the support of CIMMYT and other partners in the national agriculture research systems, we got access to Bazooka, a high-yielding, drought- and MLN-tolerant maize variety that has helped in containing the disease,” said Godfrey Katwere, marketing manager for NASECO.

Until now, 19 MLN-tolerant and -resistant hybrids have been released, helping to keep the disease away from farmers’ fields and to stop its spillover to non-endemic countries in sub-Saharan Africa.

The MLN screening facility, established in Naivasha in 2013, has been key to a better understanding of the disease and to setting up MLN hybrid tolerance and resistance breeding efforts. The facility, funded by the Bill & Melinda Gates Foundation and the Syngenta Foundation for Sustainable Agriculture, has supported public and private partners to screen over 200,000 germplasm with around 300,000 rows of maize.

State-of-the-art epidemiology research has been carried out to identify how the disease could be transmitted and the best diagnostics methods along the seed value chain.

MLN is caused by the combination of the maize chlorotic mottle virus (MCMV) and any of the viruses belonging to the Potyviridae family.

As part of the project, studies showed that moist soil had higher MCMV virus loads than dry soil. The studies — conducted by Benham Lockhart of University of Minnesota and Peg Redinbaugh, a professor at Ohio State University and Research Leader and Research Plant Molecular Geneticist at USDA — indicated that MCMV can stay active in runoff water, and helped in understanding how the disease is transmitted and how to define management protocols.

“Crop debris may also act as source of MCMV inoculum but for a limited period of up to two months,” said L.M. Suresh, CIMMYT Maize Pathologist, in reference to soil transmission studies conducted by CIMMYT. “A host-free period of two months is, therefore, recommended for effective management of MLN,” he noted.

Rapid and low-cost MLN-causing virus detection methods such as immunostrips and ELISA-based tests were adopted at scale.

“After optimizing the protocols for MLN viruses’ diagnosis suitable for African systems, we transferred these technologies to [national plant protection organizations] and seed companies, not just within the endemic countries but also to the non-endemic countries in southern and west Africa, through intensive trainings,” Prasanna explained. “We created a digital MLN surveillance tool under the Open Data Kit (ODK) app for NPPOs and other stakeholders to effectively carry out MLN surveillance on the ground. The survey information is captured in real time in farmers’ and seed production fields coupled with rapid immunostrips MLN tests,” he remarked.

According to Francis Mwatuni, Project Manager of the MLN Diagnostics and Management project, this proactive and collaborative surveillance network has been an important outcome that helped curb MLN from spreading to non-endemic regions. “In 2016, we only had 625 surveillance points. By 2019, the surveillance points in all the target countries stood at 2,442, which intensified the alertness on MLN presence and how to effectively deal with it,” Mwatuni said. In total, 7,800 surveillance points were covered during the project implementation period.

Over 100 commercial seed firms have also been trained on how to produce MLN-free seed to facilitate trade within the endemic nations and to ensure the disease is not transferred to the non-endemic countries via contaminated seeds.

Researchers continue to work to lessen MLN’s resurgence or new outbreaks. In 2018, incidents in all endemic countries, except Ethiopia, declined sharply. One suggested explanation for the upsurge in Ethiopia, especially in the northwestern region, was reduced use of pesticide for fall armyworm control, as compared to previous years where heavy application of these pesticides also wiped out MLN insect vectors, such as maize thrips and aphids.

At the end of the projects, partners urged for the scale-up of second-generation MLN-tolerant and -resistant varieties. They explained farmers would fully benefit from recent genetic gains of the new improved varieties and its protection against MLN.

“Despite the success registered, MLN is still a major disease requiring constant attention. We cannot rest as we redirect our energies at sustaining and building on the gains made,” said Beatrice Pallangyo, principal agricultural officer in Tanzania’s Ministry of Agriculture, Food Security and Cooperatives.

After the success containing MLN, stakeholders suggested the need to stay alert on other transboundary pests and diseases such as the tar spot complex, which could be a major threat to Africa’s food security in case of an outbreak. 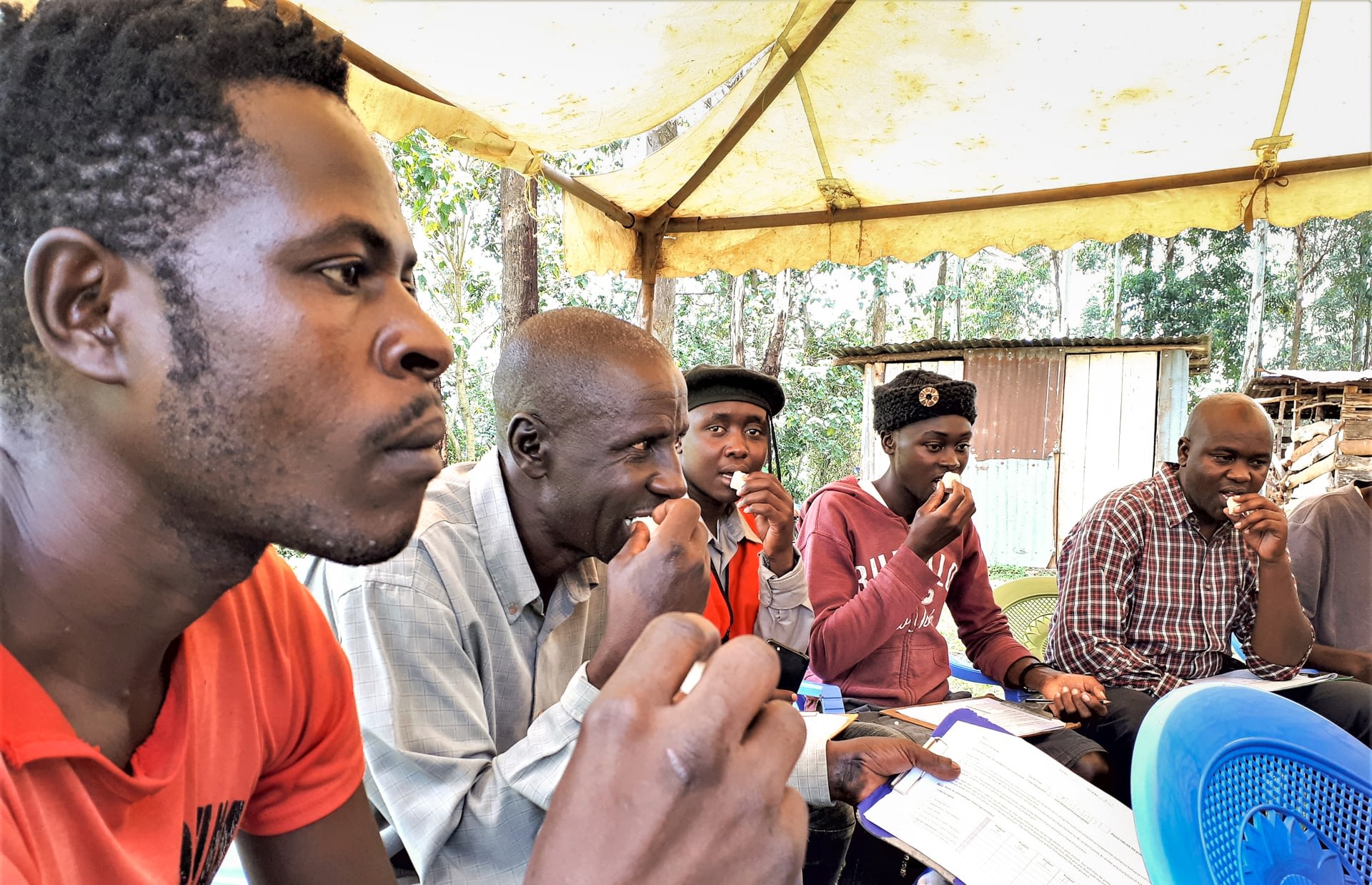 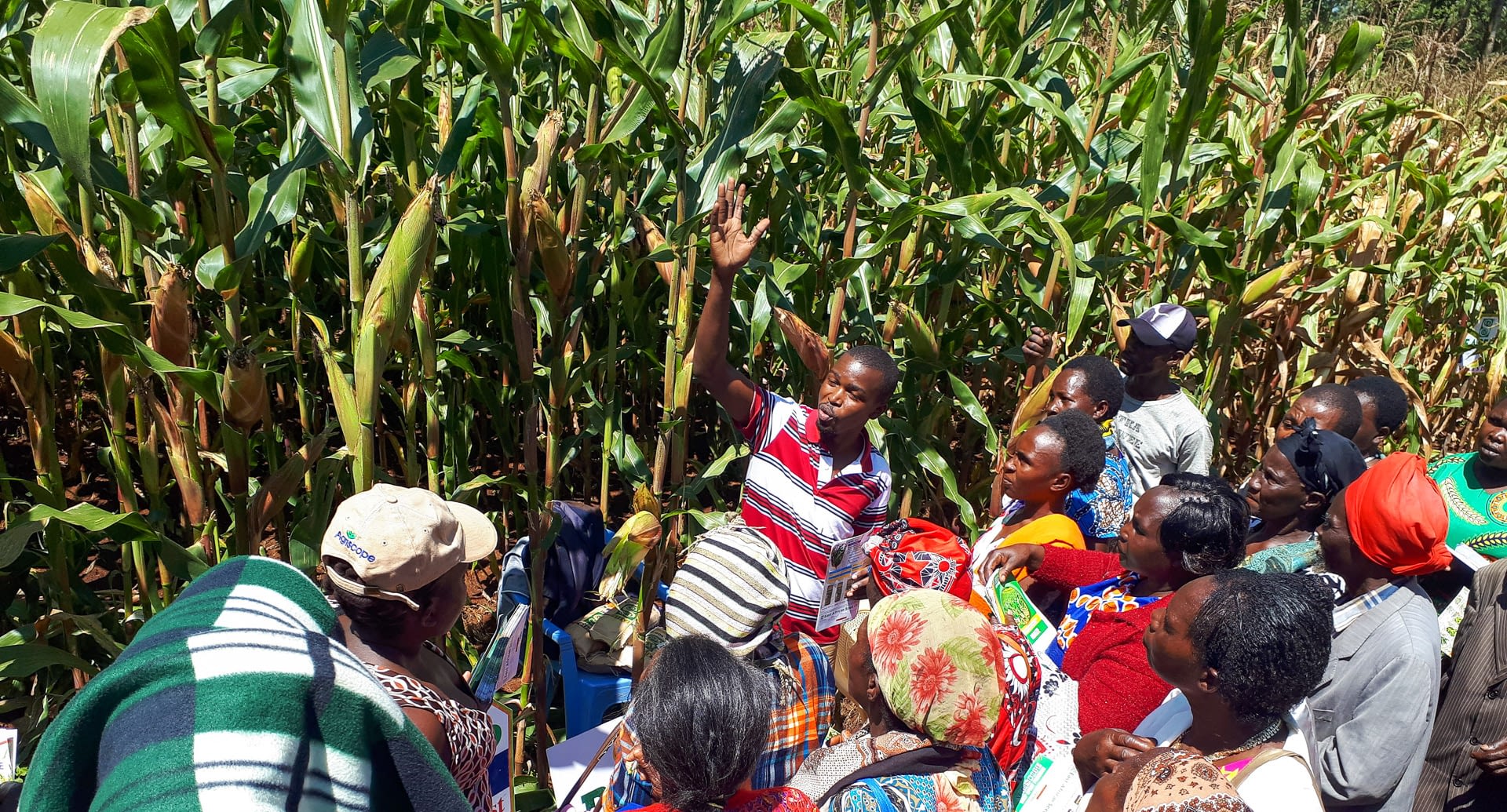