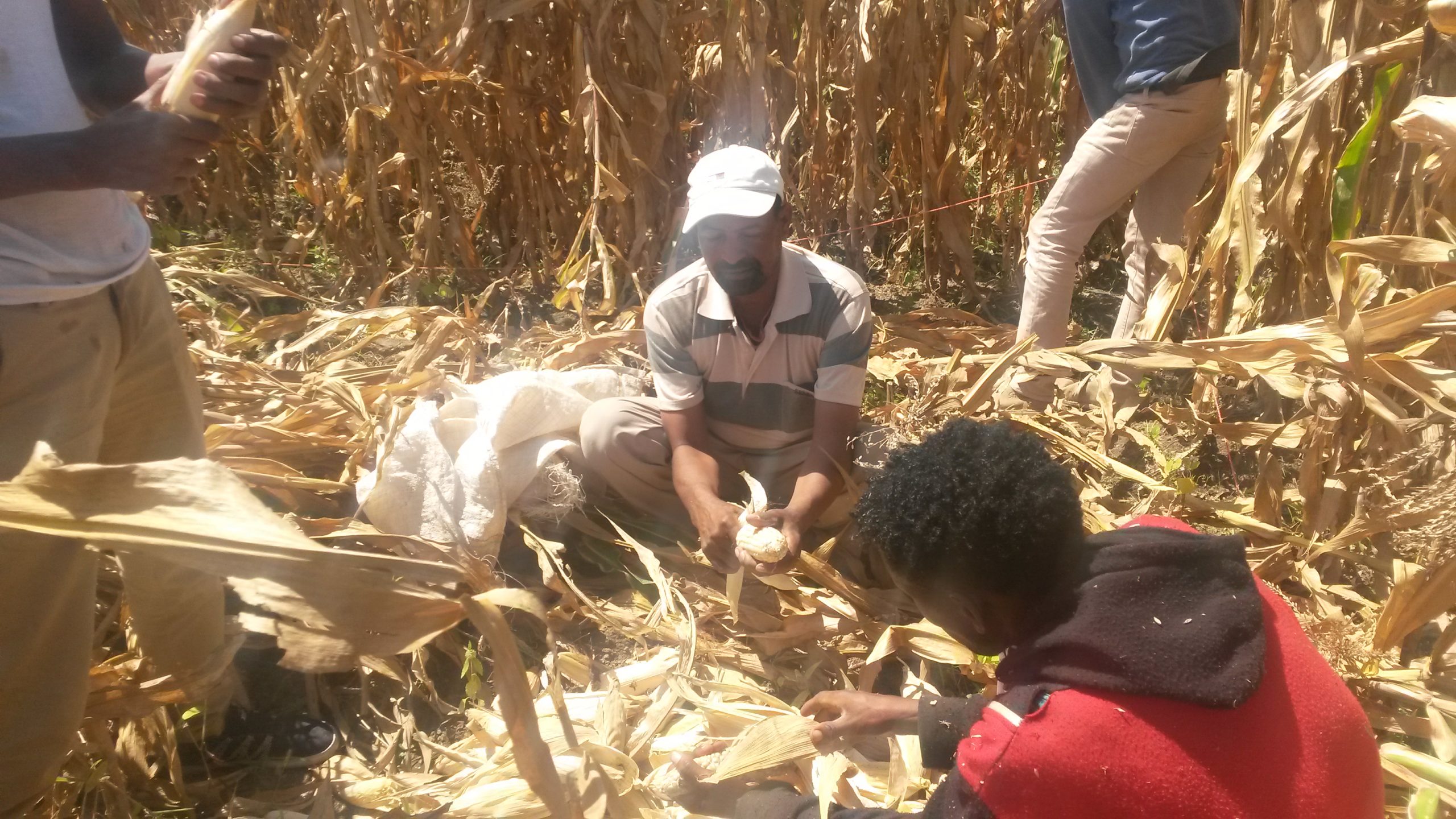 Scientists from Wageningen University and CIMMYT documents the magnitude, patterns, and drivers of yield gaps in sub-Saharan Africa.

In sub-Saharan Africa, smallholder production is characterized by low agricultural productivity which is often cited as a major factor of  food insecurity in the region. Recent research from multiple countries in the region suggests that average maize yields of around 1.7 t/ha in 2010 must increase to 6.8 t/ha to meet estimated demand in 2050. To achieve this, per-hectare maize output must grow by about 3.5% per year. Although addressing this challenge seems daunting, estimates suggest that such high yields are technically feasible. However, a shared understanding of the investments and policies required remain elusive.

Under the Taking Maize Agronomy to Scale in Africa (TAMASA) project, scientists from Wageningen University and the International Maize and Wheat Improvement Center (CIMMYT) conducted research on this question, using uniquely detailed farm surveys which provide integrated information about smallholders’ agronomic practices and farm management, soil health and other biophysical characteristics, as well as socioeconomic and other characteristics of farm households.

Yield gaps for rainfed crops are defined as the difference between the water-limited yield potential and the actual yield observed in farmers’ fields. One framework to explain yield gaps decomposes the yield gap into efficiency, resource and technology components (Figure 1). 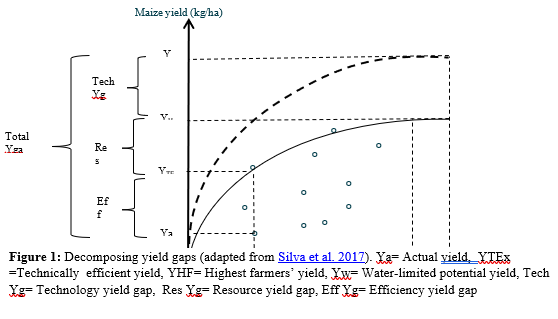 The study disaggregated maize yield gaps in Ethiopia based on field level and farming systems information (Figure 2), which helps to consider the variation in biophysical and socio-economic conditions observed in the country. 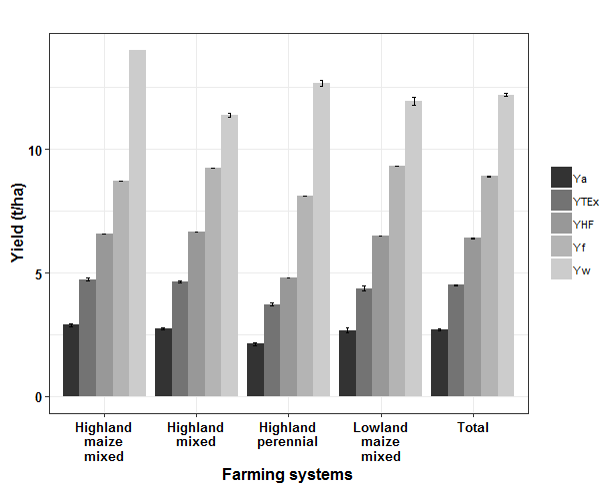 Major drivers of yield (and yield gap) outcomes in Ethiopia

The study showed that income from non-farm sources, value of productive assets, education and shorter plot distance from home reduced the efficiency yield gap. The resource yield gap was attributed to sub-optimal input use, specifically of pesticide and nitrogen. The technology yield gap comprised the largest share of the total yield gap, mostly due to limited use of fertilizer and improved varieties and not using the right type and placement of fertilizers and of improved seeds

The investigation further showed that crop residue and weeding frequency affected maize yield only when nitrogen was applied. In a related study, the authors also showed that maize yield reponse to fertilizer application was dependent on other inputs, specifically type of maize variety, manure application and high rainfall implying the need to integrate agricultural technologies in order to improve and sustain the maize productivity. The authors conclude that targeted but integrated policy design and implementation is required to narrow the overall maize yield gap and improve food security.

“Disaggregating and explaining maize yield gaps is essential to identify potential pathways that can narrow the yield gaps,” said Banchayehu Assefa from CIMMYT.  “This can help guide policy and investments to be more effective at raising smallholder productivity.”

How to improve fertilizer profitability

Modern maize varieties and mineral fertilizers use have been increasing over time and are believed to be among the factors behind the maize yield improvements observed in Ethiopia. However, maize yield response to fertilizer depends on other inputs and management factors and higher fertilizer application rates may not always lead to higher profitability. Using the details of management decisions and biophysical and marketing context, the authors estimated a maize yield response function and evaluated fertilizer yield responses and economic profitability of fertilizer investments by smallholder maize producers. They found that maize yield response to fertilizer was variable with an average value of 7.3 kg maize/ kg N, and it varied from -9 to 18 kg maize /kg. The degree of response was positively affected by phosphorus input and type of maize variety, and negatively by manure input and high rainfall. The key pathways identified to increase the profitability of nitrogen fertilizer use by smallholder maize producers are: improving yield responses with better management (e.g. use of improved maize varieties, complementary use of phosphorus where appropriate); addressing risk aversion (e.g. via crop insurance) in order to strengthen economic incentives for fertilizer investments; enabling the delay of crop sales to take advantage of higher output prices (possibly through expanded access to storage facilities and/or post-harvest loans to alleviate liquidity needs); and improving farm gate price ratios through improved access to markets.

Even though maize yields have improved recently, under existing management practices smallholders’ maize yield still falls far below the water-limited potential yield. This urges revising the maize sector in terms of input provision, extension services and output markets.  Fertilizer use was highly variable and maize response to fertilizer use depended on other management choices. The study suggests that integrated management practices that work for specific conditions need to be identified, instead of sticking to blanket policy and management recommendations.

This work further points at the importance of additional detailed empirical research on the role of agronomic management practices, to decrease yield gaps. Studying the constraining factors that hinder timely input provision to the farmers might also help to improve input use and hence productivity. In addition, maize prices are too low to advance maize commercialization. Investigating potentials and constraints along the maize value chain might help to improve market participation. 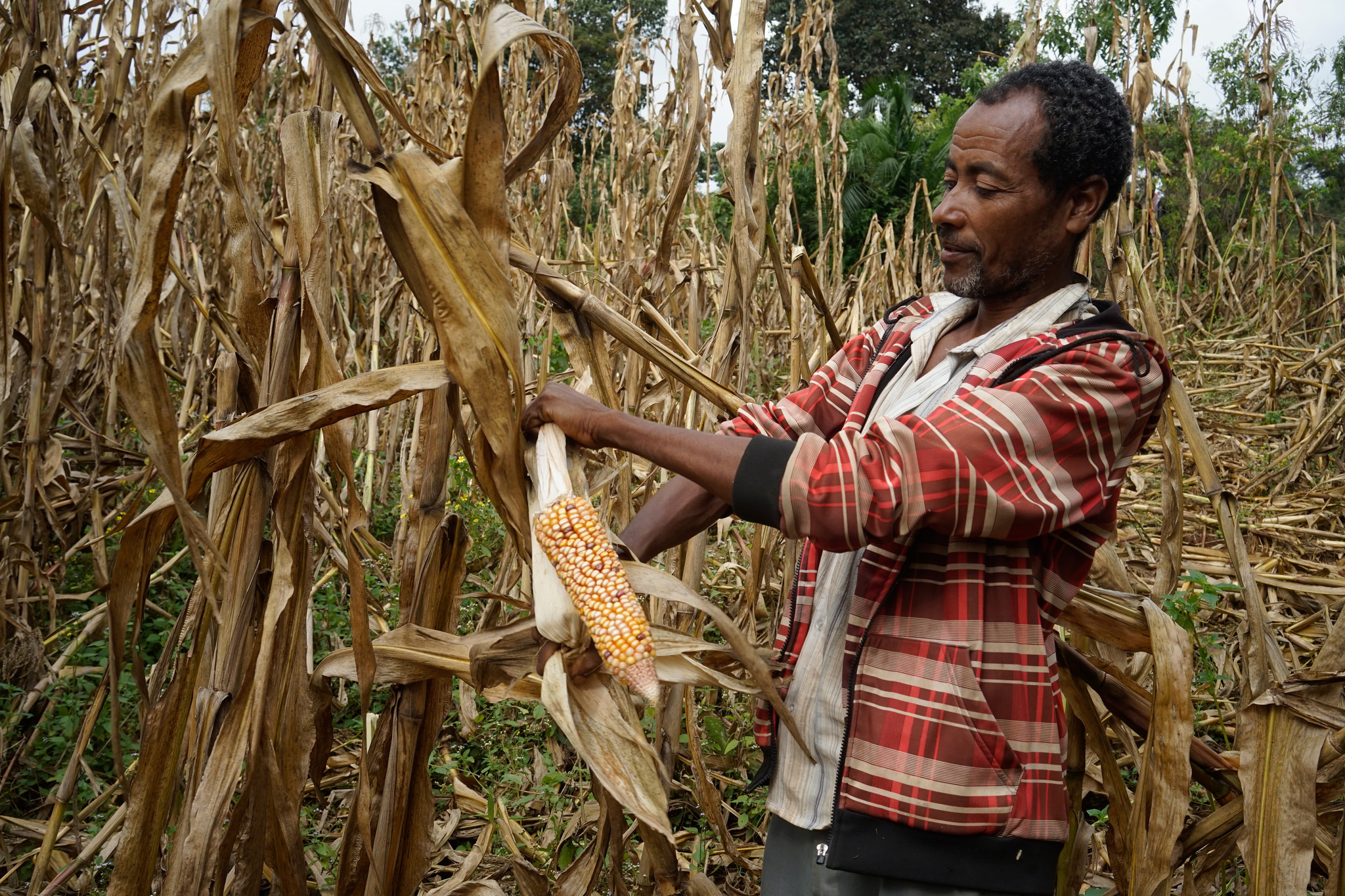 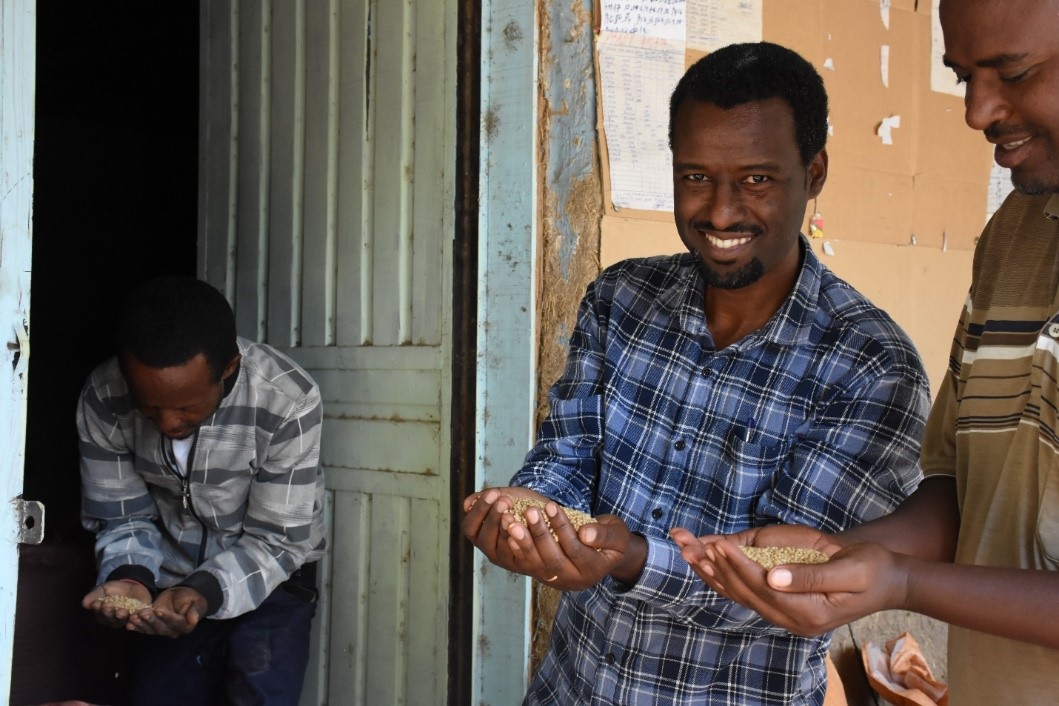 Farmers in Ethiopia’s lowlands trialed usage of the Kingbird wheat variety, with promising results for improved yield and increased income.