Arun Joshi, Managing Director for BISA & CIMMYT in India, welcomed her with an introduction about the creation, mission and activities of BISA and the International Maize and Wheat Improvement Center (CIMMYT).

Sidhu also learned about the work CIMMYT and BISA do in conservation agriculture in collaboration with Punjab Agricultural University, machinery manufacturers and farmers. This work focuses on using and scaling the Happy Seeder, which enables direct seeding of wheat into heavy loads of rice residue without burning. This technology has been called “an agricultural solution to air pollution in South Asia,”  as the burning of crop residue is a huge contributor to poor air quality in South Asia. Sidhu learned about recent improvements to the technology, such as the addition of a straw management system to add extra functionality, which has led to the large-scale adoption of the Happy Seeder.

Sidhu visited fields with trials of climate resilient wheat as Joshi explained the importance and role of germplasm banks and new approaches such as use of genomic selection in wheat breeding in the modern agriculture to address the current challenges of climate change. He also explained the work CIMMYT does on hybrid wheat for increasing yield potential and breeding higher resistance against wheat rusts and other diseases.

“I am very impressed to see all these developments and enthusiasm of the farmers and other stakeholders for scaling conservation agriculture practices for sustaining the food bowl,” said Sidhu. She noted that Punjab and Australia have many things in common and could learn from each other’s experiences. Later she also visited the Punjab Agricultural University and had a meeting with the Vice Chancellor.

This visit and interaction was attended by more than 200 key stakeholders including officers from Govt. of Punjab, ICAR, PAU-KVKs, PACS, BISA- CIMMYT-CCAFS, manufacturers, farmers and custom operators of Happy Seeder.

The Borlaug Institute for South Asia (BISA) is a non-profit international research institute dedicated to food, nutrition and livelihood security as well as environmental rehabilitation in South Asia, which is home to more than 300 million undernourished people. BISA is a collaborative effort involving the International Maize and Wheat Improvement Center (CIMMYT) and the Indian Council for Agricultural Research (ICAR). 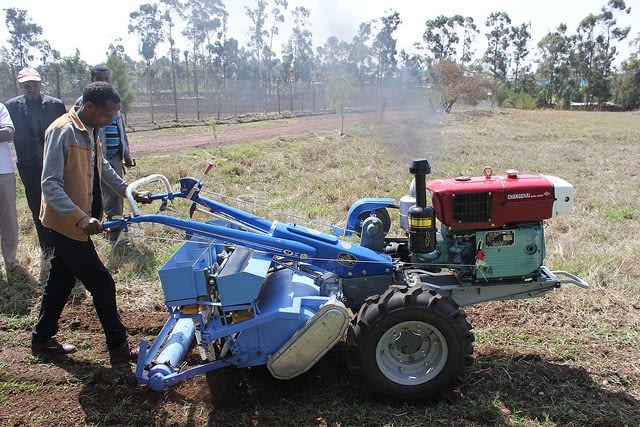 The State of Mexico joins MasAgro