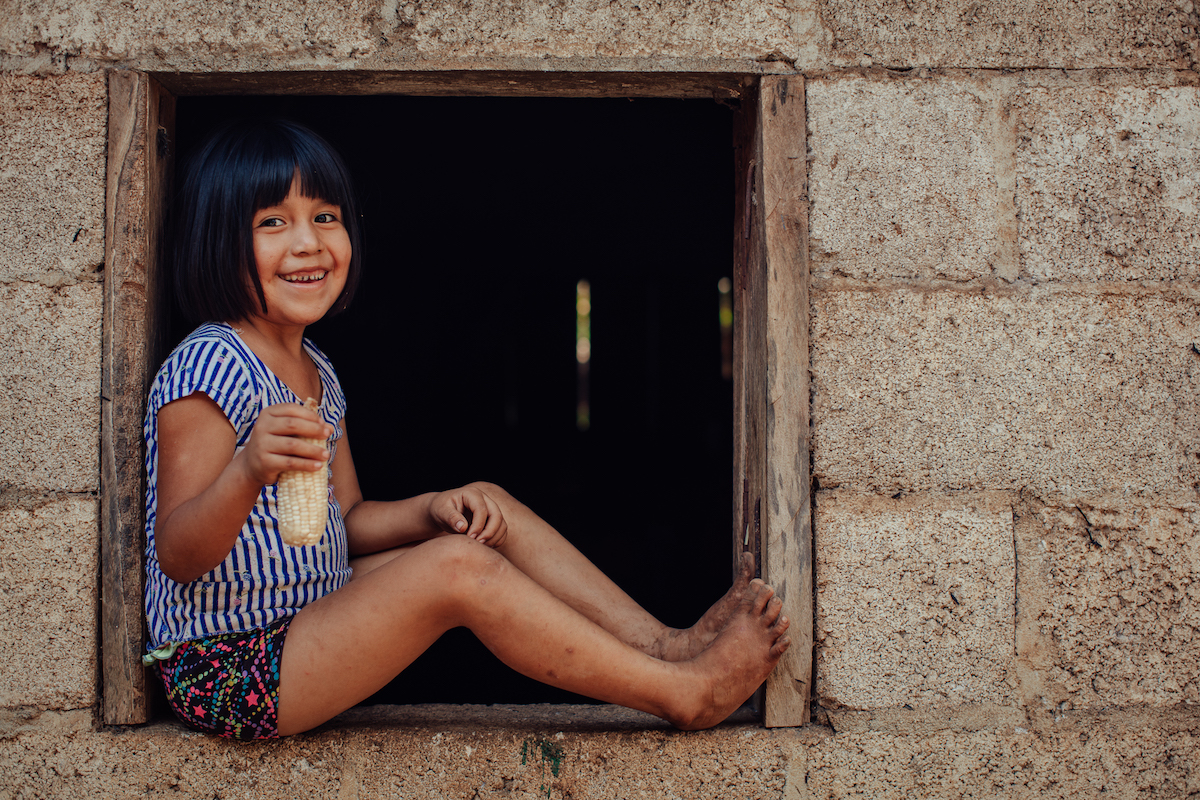 On World Health Day, we are sharing five stories showing how CIMMYT is combatting hidden hunger and how agricultural research and innovation leads to healthier families, improved livelihoods and a healthier planet.

Maize provides 15-16 percent of total calorie intake in Asia, Latin America and sub-Saharan Africa, while wheat provides 18 percent of our total available calories. Hidden hunger occurs when these calories don’t provide the essential micronutrients, such as iron, zinc and vitamin A, needed for healthy growth and prevention of diseases.

On World Health Day, we are sharing five stories showing how the International Maize and Wheat Improvement Center (CIMMYT) is combating hidden hunger and how agricultural research and innovation leads to healthier families, improved livelihoods and a healthier planet.

Often, work on climate change adaptation in agriculture focuses on productivity instead of nutrition of crops. If nutritional implications of climate change are not addressed, there will be devastating consequences on the health and livelihoods of marginalized people who depend on wheat as a source of protein.

A new study examines why wheat grain protein concentration is often overlooked in relation to improving global crop production in the face of climate change challenges and concludes that not all climate change adaptations have positive impacts on human nutrition.

In Zimbabwe, child malnutrition peaked above international thresholds for emergency response. Vitamin A deficiency is the leading cause of preventable blindness in children and can increase risk of measles, diarrhea and respiratory infections. However, biofortification of maize is a sustainable solution to improve health and nutrition in the region.

CIMMYT and Harvest Plus worked together to breed maize with higher amounts of nutritious vitamin A and are working with farmers, seed companies, food processors and millers to make this maize part of the food system in Zimbabwe.

According to a 2011 nutrition survey, 39 percent of children in Pakistan and 48 percent of pregnant women suffer from zinc deficiency, leading to child stunting rates of more than 40 percent and high infant mortality. These new seeds will increase the nutrition content of wheat, Pakistan’s number-one food crop, as well as resist diseases such as wheat rust.

Over 46 percent of children under five in Guatemala suffer from chronic malnutrition. More than 40 percent of the country’s rural population is deficient in zinc, an essential micronutrient that plays a crucial role in pre-natal and post-natal development and is key to maintaining a healthy immune system.

CIMMYT, HarvestPlus and Semilla Nueva are working together to change this, through the development and deployment of the world’s first biofortified zinc-enriched maize. Called Fortaleza 3 by Semilla Nueva, it fights against hidden hunger, containing 6-12ppm more zinc and 2.5 times more quality protein compared to conventional maize varieties.

“With the extra income I’ve gotten since switching to F3, I’ve been paying for my daughter to go to school. Fortaleza F3 not only gave me a good harvest, but also the ability to support my daughter’s education,” said Rómulo González, a farmer from the southern coast of Guatemala.

The EAT-Lancet Commission Report aims to answer the question: can we feed a future population of 10 billion people a healthy diet within planetary boundaries? It proposes a “planetary health diet” that balances nutrition with sustainable food production.

CIMMYT participated in the report launch in Mexico. “If anybody is able to manage the complex systems that will sustainably yield the volume of nutritious food that the world needs, that’s the farmer,” said Bram Govaerts, Director of Innovative Business Strategies at CIMMYT. “In Mexico, more than 500 thousand farmers already innovate every day and grow maize, wheat and related crops under sustainable intensification practices that CIMMYT and Mexico’s Agriculture Department promote with MasAgro”.

These innovations he mentioned create healthier families and a healthier planet.

CIMMYT marks 50 years of innovation in agricultural science for development

CIMMYT will celebrate its 50th anniversary during a three-day event from September 27 to 29, 2016, at headquarters in El Batán, near México City.

Hans-Joachim Braun and two other wheat experts discuss hurdles to international wheat production and the solutions that plant breeders have developed to combat these challenges.