Climate is the most important challenge farmers face, because "they’re just influenced by it and there is little that they can do," explains Luisa Volpe of the World Farmers Organization.

KATOWICE, Poland (CIMMYT) — Controversies over fossil fuels, indigenous rights and the intricacies of the 2015 Paris Agreement, which was designed to keep global temperatures from rising no more than 1.5 degrees Celsius above pre-industrial levels, are just some of the key topics in focus at U.N. COP24 climate talks.

A vital thread in the climate change narrative, much debated in the corridors of the conference center in Katowice, Poland, is agriculture — a fragile yet vital sector of the global economy which produces about a third of global greenhouse gas emissions.

The member-driven World Farmers Organization (WFO), a group of 1.5 billion farmers from 54 countries, represents the farm community at the United Nations on climate change and other topics, including the Sustainable Development Goals 2030 Agenda.

A new “Climakers” initiative, launched on the sidelines of the COP24 talks, will help address the biggest threat farmers say they fear, according to Luisa Volpe, head of policy development at WFO in an interview. Volpe, who has been with WFO since 2014, formerly worked on farmers programs with the International Fund for Agriculture and Development (IFAD).

“I decided I wanted to move to the other side of the coin and work directly with those who are the targets of big multilateral governmental organizations and government policies,” Volpe said, adding that farmers, tasked with producing more with less for a growing population, are also among those most affected by climate change.

Q: What is the biggest challenge farmers face?

A: The view of the farmers that I represent is that climate is the most important challenge because climate may have an impact on the harvest, on the seeds, on the area where they want to harvest, whether they should move, migration of young farmers to the city, on the kind of products they can produce. Climate change also has an impact on market prices. Of course there are others — they include access to infrastructure, access to financing, having proper insurance and availability and access to financing mechanisms. Farmers say that among this range of issues they may face, climate is probably the most intense because it’s probably the one that they cannot control. They’re just influenced by it and there is little that they can do. Foreseeing weather patterns is very limited — with technology they’re able to predict weather patterns one week before, but not longer. It’s really challenging for them.

Q: How are farmers managing the challenge of climate change?

A: This is something that represents the common ground for all the farmers of the world despite differences in terms of geographical area, in terms of type of business that they manage. Last May in Moscow, during the WFO general assembly, WFO got a unanimous mandate from all of our constituency — made up of national farmers organizations from all over the world — to initiate, establish and propose a new agenda for climate, driven by the farmers themselves. Basically, our members realized that the impact of climate change on farming is something that’s common to all farmers around the world. Their proposal is to first create a broad alliance with the farmers organizations worldwide who may have either a regional voice or a global voice in order to represent all the areas of the world and work together — to join their hands in a new initiative on climate change.

Q: How will the initiative take shape?

A: The outcome of the initiative will be an overarching document with which we as a farmers organization can advocate at the international level and our members can advocate at the national level. What we’re planning to do is to organize a series of regional workshops to meet the farmers themselves and collect case studies and best practices of what farmers are already doing to mitigate and adapt to climate change. Farmers, as all other sectors of the world, are contributing to the causes of climate change. This agenda would not work if we don’t add other actors to the alliance. It’s farmers first, but then a close dialogue with CGIAR.

We’ve started with CCAFS, the CGIAR Research Program on Climate Change, Agriculture and Food Security. We want to work closely with them to make sure that the practices we propose to governments as examples to follow and to scale up when they propose their Nationally Determined Contributions (NDCs) — country level contributions to reducing emissions as part of the Paris Agreement — are effective and science based. Here, we propose to close the gap with science and improve cooperation between farmers and science, so that science really responds to the questions farmers pose — to which they align their practices. In this sense, the scientific research can be more aligned to what farmers actually need, while the farmers may improve their own practices by also responding to the needs of the research.

To really tackle climate change challenges, we need innovation and technologies that are science-based and sustainable, because the main principle of all these agendas is sustainability. What we propose is that farmers contribute by improving their access to innovation research and technology to make their production more sustainable.

Q: Could you explain how you intend to take this practice to a global scale?

A: The other actors we plan to involve are those belonging to the food value chain, because we think that farmers alone cannot be the only solution. That’s why we’re establishing a partnership, for example, with the International Fertilizer Association as well as the International Seeds Federation. We’re in a partnership with Crop Life because they represent a huge element in the food chain. It has to be a global movement if you really want to achieve something that’s effective and efficient. We’ll expand also to other actors in the food chain. We’re also negotiating with multilateral governmental organizations because we need their support for advocacy work we want to do. Governments will become the targets instead of being those who will just propose and impose policies to the farmers. In our view, farmers have the solution in their hands already. What we have to do is to put them in a condition to really influence and feed the political documents that governments will adopt and that will become national policies.

Q: What is Climakers and the farmer-driven climate change agenda you launched at COP24?

A: Climakers are those who become part of the global alliance for this new initiative. The alliance is global, the agenda is farmers-driven. Farmers expressing their needs and their challenges and their best practices — together with science and the multilaterals and the private sector is that of supporting the agenda, supporting the farmers and take it to the governments. Climakers is the name we have chosen for those who are on the farmer side because we think that farmers may make the climate.

Q: In terms of the COP24 negotiations, are you getting any sense of what could be happening that could benefit farmers or are more demands being put on farmers?

A: I see it [as] a very slow process. We were very happy when we saw the concept of food security and food production in the Paris Agreement because although there is no mention of agriculture, at least they mentioned food production. It means that probably some little political will to address the farming sector is there. There is a will to implement the Paris Agreement in the agricultural sector. The negotiation is very slow between north and south regarding the mitigation and adaptation issue, and also the fact that financing for climate change is there, but probably the way it is managed is not really supporting the communities because the channels are too complicated and too long… There are probably some seeds up there, but it’s still a long way. That’s why farmers want to propose an icebreaking agenda.

Q: Are there any other key points you would like to make in the context of climate change?

A: One element that is a little bit controversial for me is critical in the development of agriculture and also in tackling climate change, which is innovation — innovation in terms of practices, in terms of technology, in terms of research, but also in terms of creating financing for farmers and to support rural areas. These have to come from the government side, from the value chain actors, from the farmers themselves and also from the science, from the research centers.

If we close the gap between the farmers and the science, it’s probably the way out for boosting development for the rural areas. We don’t have to be scared of being innovative. Innovation doesn’t mean GMOs. Innovation may also mean an innovative way to treat soils. It may be a new way to access markets, create access to finance for farmers, but also an innovative way to interact between governments and the farmers themselves. To me, innovation is the way out really, that can give a boost to this process. 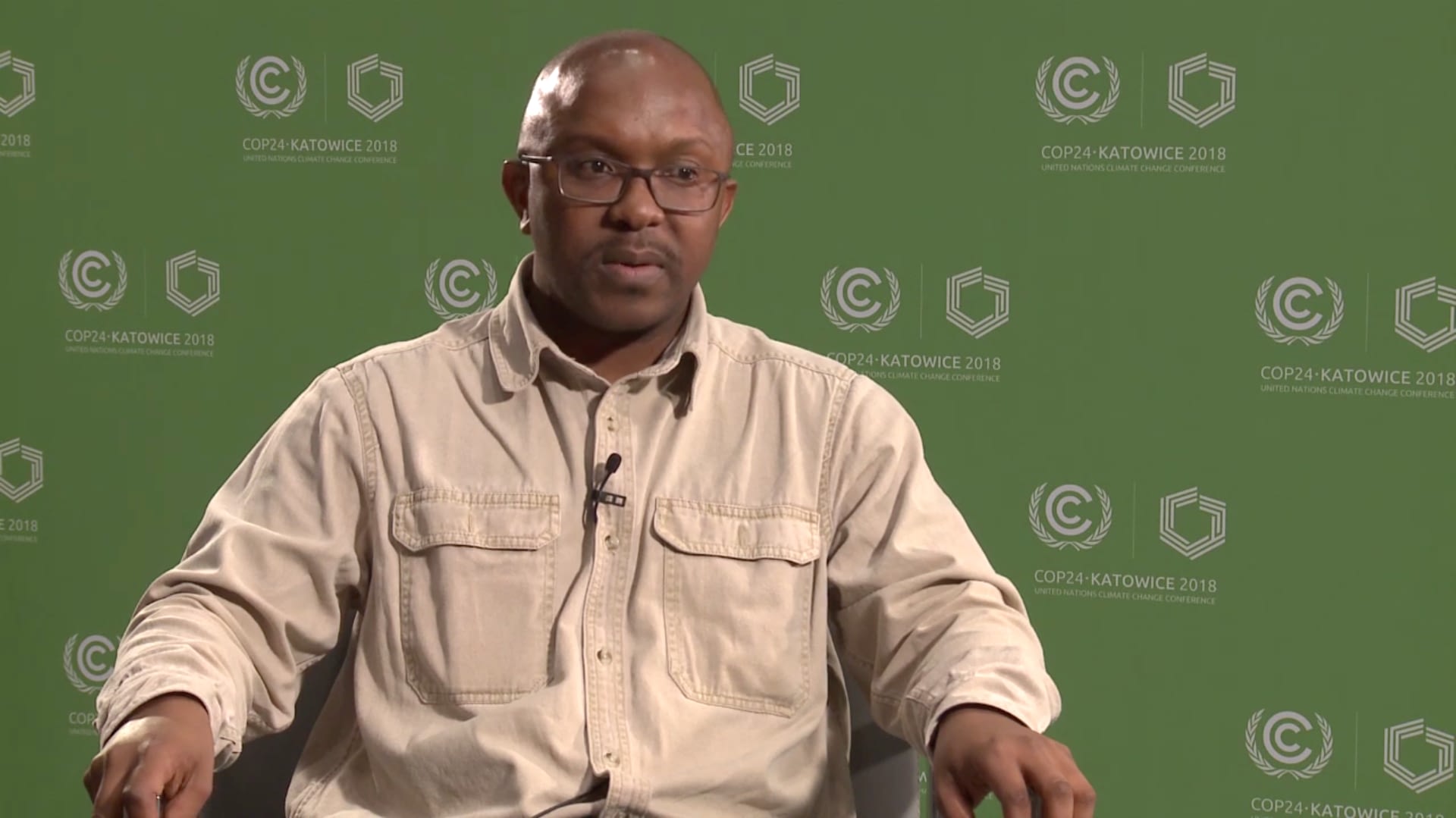 “At the production stage, soils have an important role to play in reducing carbon emissions.” 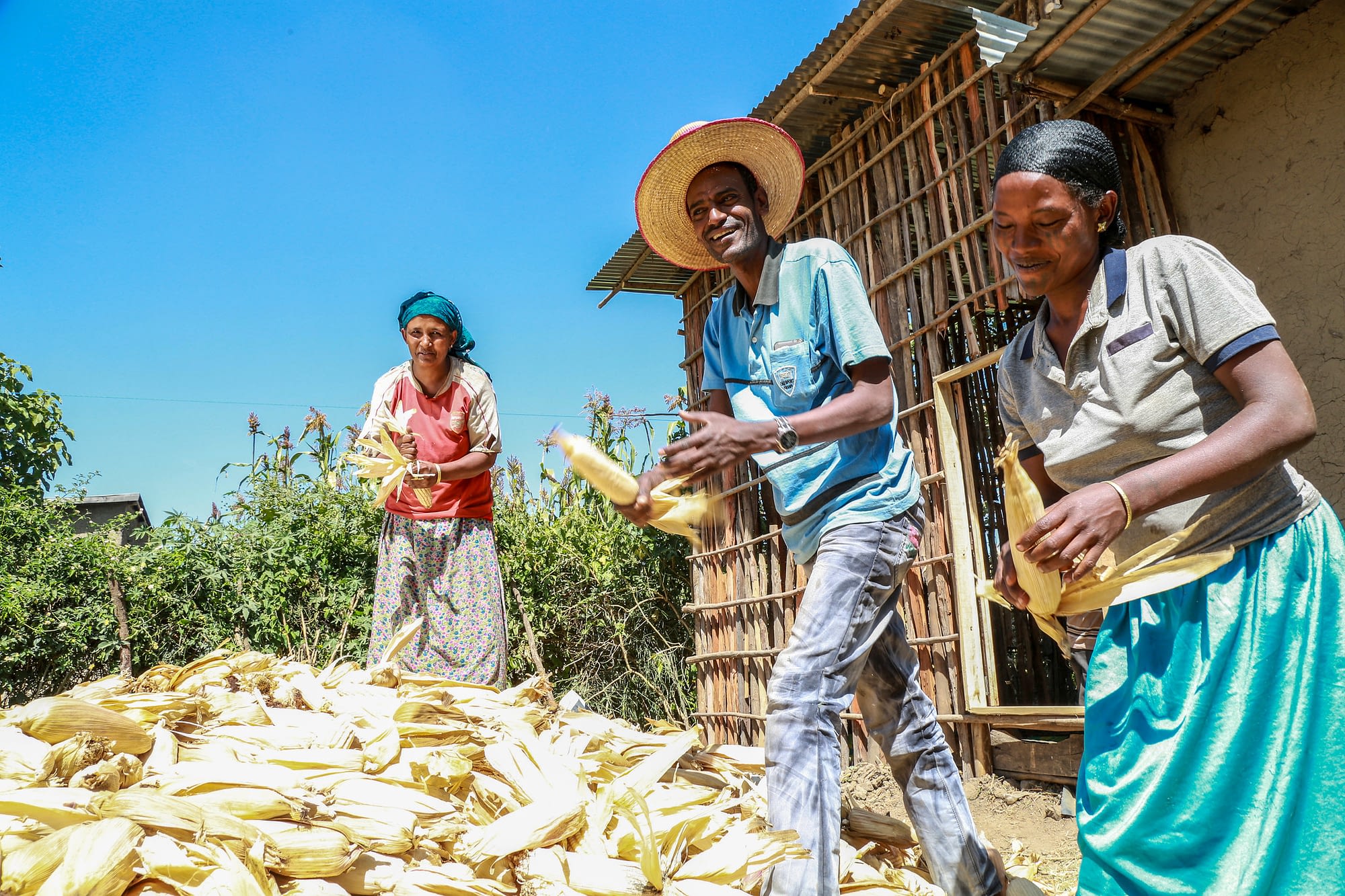 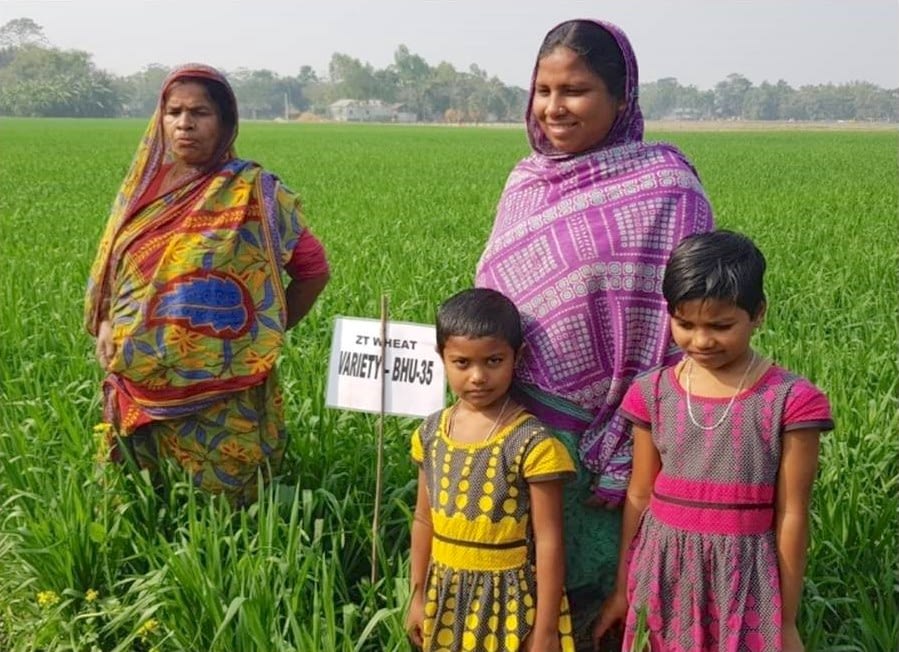 Bibi has been able to expand her farm and now cultivates wheat, rice and jute.