NAIROBI, Kenya (CIMMYT) – The maize lethal necrosis (MLN) disease poses a major concern to researchers, seed companies and farmers in sub-Saharan Africa. The impact of MLN is massive in the affected countries, especially at the household level for smallholder farmers who can experience up to 100 percent yield loss.

Concerted regional efforts through a project funded by the U.S. Agency for International Development (USAID) over the past year have helped in prioritizing and targeting efforts to stop the spread of the disease  from the endemic to the non-endemic countries in sub-Saharan Africa. The project target countries are Ethiopia, Kenya, Rwanda, Tanzania and Uganda (currently MLN endemic), while Malawi, Zambia and Zimbabwe are MLN non-endemic but important commercial maize seed producing countries where the project implemented extensive MLN surveillance efforts.

Determining exactly how the MLN causing viruses, which include maize chlorotic mottle virus (MCMV) and sugarcane mosaic virus, are transmitted in the field through insect-vectors, infected plants and seed lots, has made diagnosis a key element in the efforts to halt the spread of the disease.  If the viruses, in particular MCMV, the major causative agent, are introduced into a new area through contaminated seed and infected plants and not diagnosed and destroyed immediately, MLN can spread rapidly. Insect vectors in the field can play a significant role in transmitting viruses to the neighboring healthy maize fields.

In order to manage MLN at a regional level, partners in the project are developing harmonized diagnostic protocols to test, detect and prevent its spread through available mitigation measures. These were highlighted during the MLN Diagnostics and Management Project Review and Planning Meeting held in October, 2016 in Nairobi.

Monica Mezzalama, head of the CIMMYT Seed Health Laboratory  in  Mexico and a plant pathologist, shared her views on MLN testing and diagnostic methods that can be adopted to test maize plants and seed lots in the following interview.

Q: What is the role of diagnostics in managing MLN in Africa?

A: The role of sensitive, reliable, reproducible, affordable and standardized diagnostic tools is fundamental to the management of MLN in Africa. Only with an appropriate diagnosis tool, we can effectively detect and prevent further dispersal of the disease to the non-endemic areas through seed.

Q: What is the progress for detecting MLN in seed lots?

A: At the moment, detection in seed lots is still a weak link in the MLN management chain, although detection methods are available, such as ELISA and several versions of PCR, which are serological and molecular based, respectively, for the detection of MLN viruses. Extracting the pathogen from seed is more difficult than extracting it from leaf tissue, making it more time consuming to obtain clear and reliable results. Additionally, scientists are on the verge of resolving the significant issue of “sampling intensity,” which refers to the proportion of the seed sampled from the presented seed lots.

Q: What are some of the practices CIMMYT has adopted to ensure MLN-free seed production across regional centers in Africa?

A: Since 2013, CIMMYT has implemented several effective measures to ensure healthy MLN-free seed production and exchange. An aggressive strategy against the disease has been adopted at the main maize breeding station at Kenya Agricultural Livestock and Research Organization in Kiboko, by introducing a maize-free period of two months annually on the station as well as in the surrounding areas in close interaction with the farming communities in the neighboring villages. All this was possible thanks to the great collaboration between KALRO staff, CIMMYT colleagues, and the local farmers. This action taken for two consecutive years reduced drastically the incidence of MLN infected plants. In addition, a very thoughtful sensitization campaign was carried out, explaining how to effectively apply insecticide to control vectors, how to avoid the spread of the pathogen from one field to another by advising workers to change their clothes and shoes after working in an infected field. Also, management of planting dates has been implemented to avoid peaks of vectors populations or physically avoiding the arrival of the insects by planting according to the wind stream direction. In Zimbabwe, CIMMYT has also invested significant resources by establishing an MLN Quarantine Facility at Mazowe, near Harare to enable safe exchange of MLN virus-free breeding materials in southern Africa.

Q: Based on your experience with various diagnostic tools, what options would work for Africa’s seed companies and regulatory agencies to help detect MLN-causing viruses?

A: For detection of MLN viruses in green leaf tissue, I think immunostrips, ELISA and PCR techniques work very well and they can be adopted according to the level of specialization of the operator, infrastructure and financial resources available. As far as detection in dry seed is concerned, I think that at the moment the ELISA technique is the most reliable and affordable. PCR methods are available, but still some improvement needs to be done in the extraction of the viral RNA from the seed matrix.

Q: What factors do the relevant actors need to consider in the process of harmonizing diagnostic protocols across MLN-endemic and non-endemic countries?

A: Harmonization of protocols and procedures are needed not only for MLN, but also for effective design and implementation of phytosanitary aspects related to the exchange of commercial seed and vegetative material across borders. Unfortunately, it is not an easy task because of the number of actors involved, including national plant protection organizations, seed companies, seed traders, farmers, and policy makers. Nevertheless, the most important factors that, in my opinion, should be taken into consideration for consensus on harmonized protocols and where the efforts should focus on are: avoid the spread of the disease from country to country, and from the endemic to non-endemic areas within the same country; implement a well-coordinated and integrated package of practices for effective management of MLN in the endemic countries; reduce as much as possible economic losses due to the restriction on seed exchange; implement serious and effective seed testing and field inspections of the seed multiplication plots to prevent the incidence of MLN and for timely detection and elimination of infected plants.

The CIMMYT-led MLN Diagnostics and Management Project, funded by USAID East Africa Mission is coordinating the above work with objectives to: a) prevent the spread of MLN, especially Maize Chlorotic Mottle Virus (MCMV), from the MLN-endemic countries in eastern Africa to non-endemic countries in sub-Saharan Africa; b) support the commercial seed sector in the MLN-endemic countries in producing MCMV-free commercial seed and promote the use of clean hybrid seed by the farmers; and c) to establish and operate a MLN Phytosanitary Community of Practice in Africa, for sharing of learning, MLN diagnostic and surveillance protocols, and best management practices for MLN control in Africa. 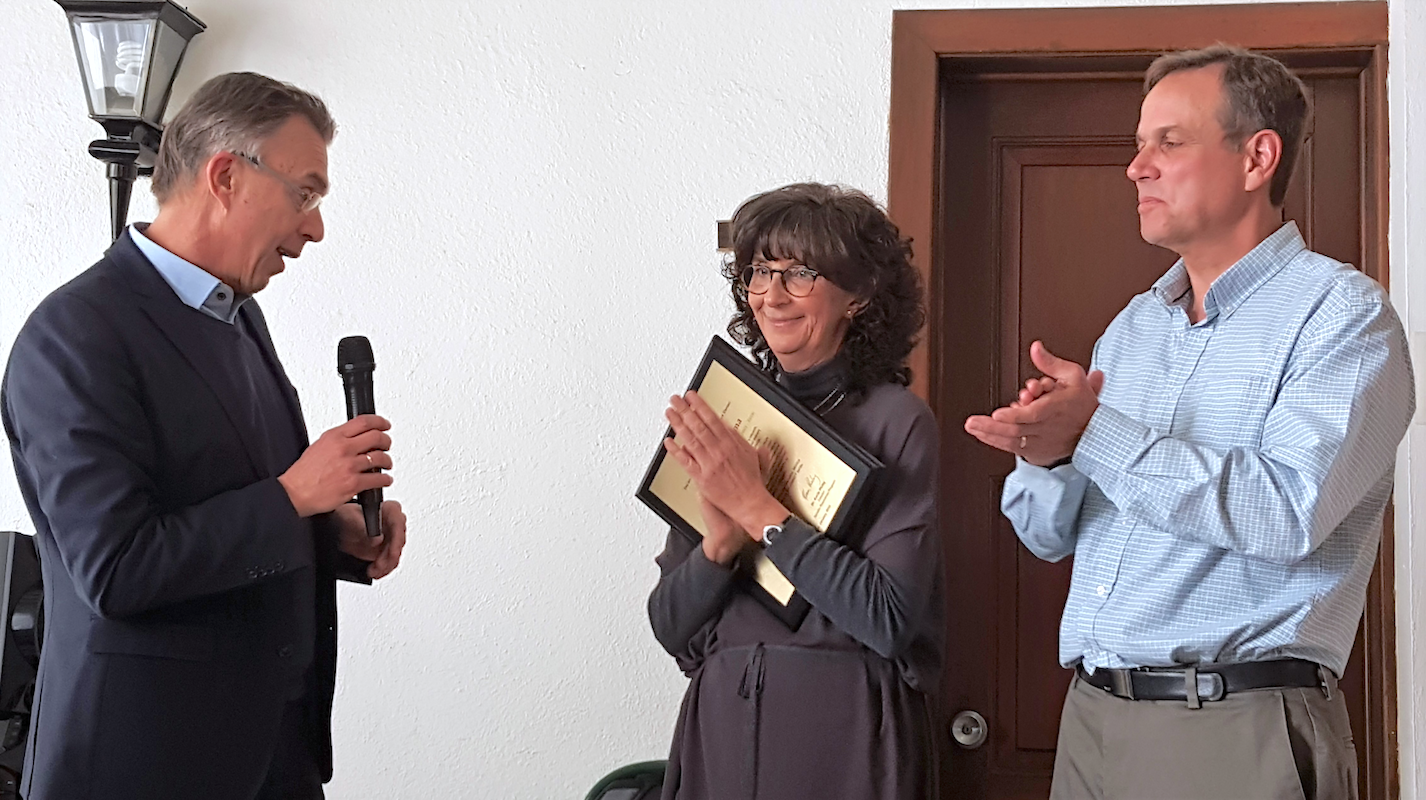