Vijay Chaikam works as a scientist and manager at the International Maize and Wheat Improvement Center doubled haploid facility in Kiboko, Kenya.

MEXICO CITY (CIMMYT) – As a child helping out on his family’s farm in rural India, Vijay Chaikam dreamed of helping farmers increase the hard won returns of their agricultural labor to improve their livelihoods. Today, he works as a scientist and manager at the International Maize and Wheat Improvement Center (CIMMYT) doubled haploid (DH) facility in Kiboko, Kenya.

He produces DH maize lines, which are highly uniform, genetically pure and stable, making the maize breeding process more intuitive and efficient by simplifying logistics. The outcome of this work is that breeders can develop improved maize varieties faster than ever before so that they can be delivered to the smallholder farmers that need them the most.

“I grew up in a rural village in the state of Andhra Pradesh, India, where my family depended on agriculture for their livelihood,” Chaikam said. “During my childhood, I used to work in the fields, planting, weeding and harvesting alongside my family members to save labor costs. I realized that despite their backbreaking work, most farming families suffer economically. This inspired me to pursue a career in agriculture that would allow me to contribute to reduce the efforts of the farmers and increase their farm income.”

After receiving his doctorate in genetics at West Virginia University in the United States, Chaikam worked at Purdue University and then moved to CIMMYT headquarters in Mexico in 2011 as an associate scientist. His work involved conducting research on developing and implementing maize DH production technology for tropical breeding programs.

In 2016, he moved to CIMMYT’s office in Kenya to manage the Maize DH Facility at KALRO-Kiboko Center, where he assists maize scientists from CIMMYT and partner organizations in the development of DH lines. The efficiency of the DH procedure in maize cuts the time it takes to develop parental lines from six to eight seasons to just two or three seasons.

“My work allows farmers to receive improved maize varieties much quicker,” Chaikam said. “Time is of the essence for farmers planting improved maize varieties in regions affected by stresses such as drought or maize lethal necrosis (MLN). DH technology can drastically cut short the time it takes to derive parental lines in a hybrid maize breeding program.”

CIMMYT’s work on DH has greatly expanded in the past few years. Between 2012 and 2016, CIMMYT scientists produced over 100,000 DH lines, up from less than 5,000 in 2011. However, adoption of the technology is lagging behind in tropical maize breeding programs due to the lack of adapted haploid inducers with high haploid induction rates. The haploid inducers enable generations of haploids – maize varieties containing only one set of chromosomes instead of the usual two sets of chromosomes found in normal diploid maize – at a high frequency. These haploids are then detected using a color marker on the kernel, and the chromosome complement is doubled artificially using treatment with a chromosome doubling agent to derive doubled haploid plants, and consequently seed from those plants.

Chaikam’s current research is aimed at improving the adoption of DH technology in tropical maize breeding programs by developing improved haploid inducers for tropical maize breeding programs, developing novel methods of haploid identification and efficient protocols for chromosomal doubling, and optimizing the agronomic management for deriving doubled haploids. He works closely with breeders to develop ways of using DH lines more efficiently in maize breeding programs. This research could be valuable in the development and deployment of improved maize varieties that benefit smallholder farmers in the developing world. In addition to his work in the DH facility, Chaikam has published several journal articles and book chapters. He has also coordinated scientific training courses.

“I always wanted my work to be relevant to the needs of farmers,” he said, explaining the factors that drew him to work at CIMMYT. “CIMMYT offered such an incredible opportunity, where my day-to-day activities have a direct impact on the development and deployment of improved maize varieties needed by farming communities. I also enjoy working with, talking to and listening to my passionate colleagues who love the work they do to improve the livelihoods of smallholder farmers.” 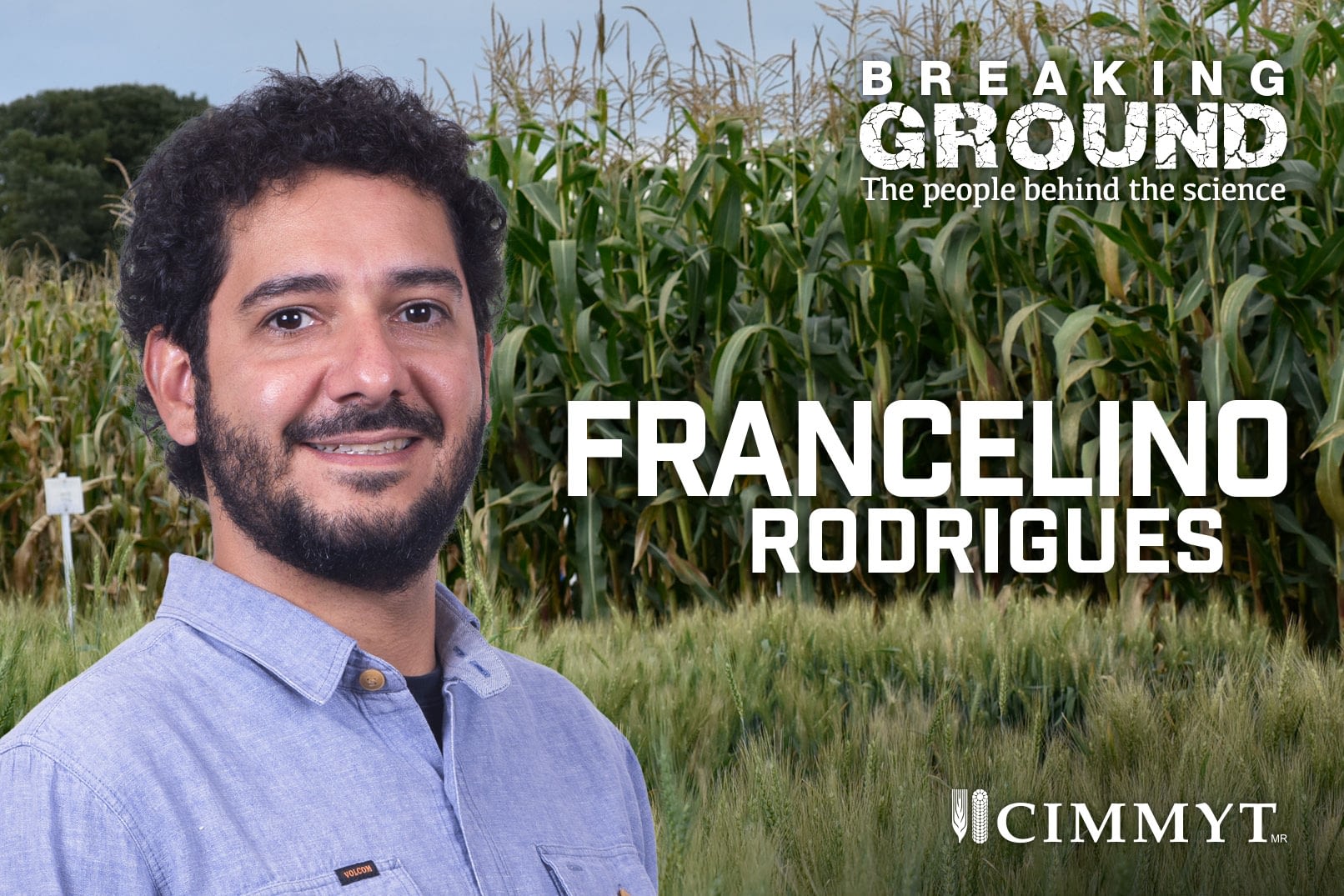