According to the World Food Programme (WFP) of the United Nations, nearly 1.5 million (16 percent) of Zimbabwe’s 14 million people are feared to go hungry at the height of the 2015–16 lean season – a 164 percent increase on the previous year (Hunger hits 1.5 million in Zimbabwe as maize production halves-WFP). This is due to a dramatic decrease in maize production. The lean season is the period after harvest when food stocks run low.

Maize is Zimbabwe’s staple. At 742,000 tonnes, production has dropped by 53 percent compared to the 2014–15 season, according to the Southern African Development Community, of which Zimbabwe is a member.

“The situation in Zimbabwe is more extreme than most countries in the region but it is not unique,” WFP spokesperson David Orr told the Thomson Reuters Foundation. An estimated 27 million people in the region are food-insecure as a result of drought and inappropriate farming practices.

Mary Gunge, 45, and her family of six, live in drought-prone Chivi District, Masvingo Province. For the past five years, life has been difficult for Gunge and other smallholder farmers in this harsh, semi-arid environment. “There are no good rains to talk about anymore,” Gunge told visiting journalists recently. The rains in her area were too little, too late. Smallholders need urgent food aid to carry them to the next harvest in May and June next year.

Climate change will have a significant impact on southern Africa’s fragile food security, environmental experts have warned. It already costs southern Africa five to 10 percent of its gross domestic product. This implies a loss of between USD 10 and 21 billion annually in a region where nearly half the population is living on less than one dollar a day.

To address this all-too-familiar situation, the International Maize and Wheat Improvement Center (CIMMYT)’s southern Africa Regional Office (CIMMYT–SARO) and its partners are working to increase the productivity of maize-based farming systems to ensure food and nutritional security, increase household incomes and reduce poverty.

More efficient use of the limited resources that smallholder farmers have is crucial for increasing food security. CIMMYT’s project on Sustainable Intensification of Maize–Legume Based Cropping Systems for Food Security in Eastern and Southern Africa (SIMLESA) focuses on increasing food production from existing farmland while minimizing pressure on the environment.

SIMLESA has successfully used the principles of conservation agriculture in Malawi and Mozambique.

In the past two years, 28 varieties have been released in southern Africa with greater tolerance to the main stresses in the region. These new varieties are expected to benefit almost 12 million people, helping to enhance food security, increase livelihoods and reduce poverty. 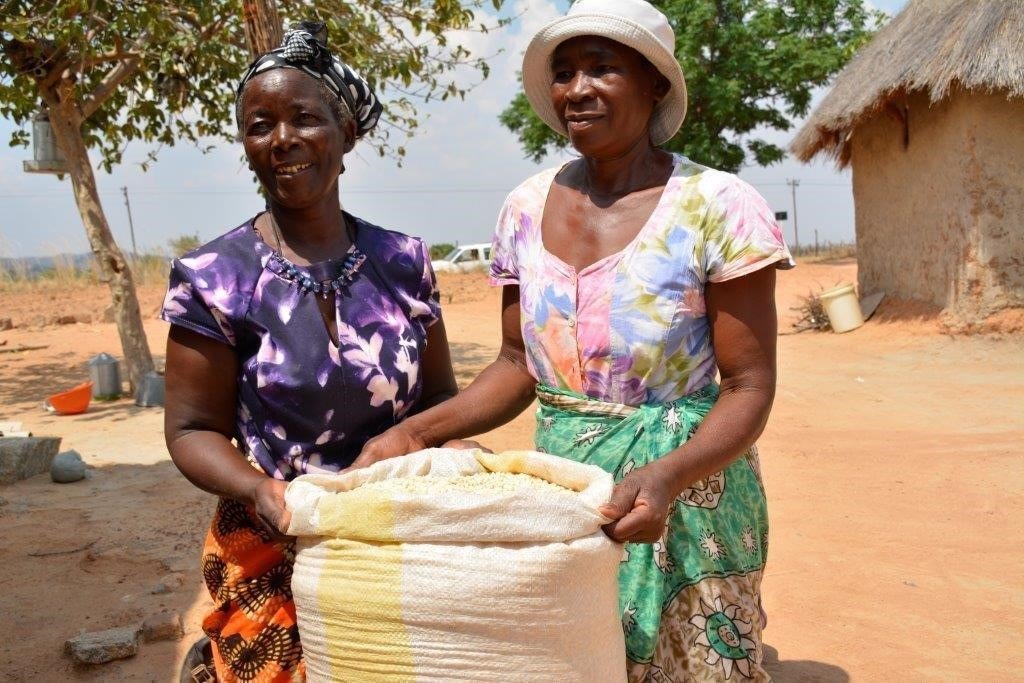