The 5th International Master Class on Soil Borne Pathogens of Wheat was held in Eskisehir, Turkey, on 11-23 July 2016. 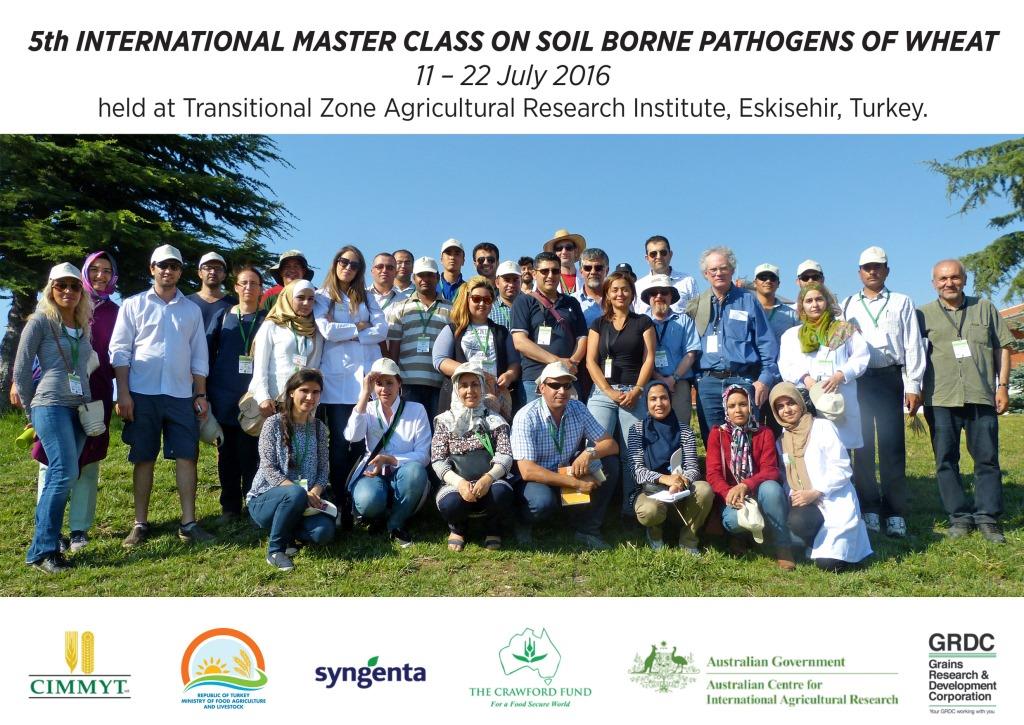 This intensive residential master class built on the success of previous Crawford Fund Master Classes on SBP (Turkey 2000 and 2010; China 2005; and Tunisia 2008). Its key objectives were to: (1) expand the existing soil borne pathogen (SBP) capacity of researchers from Central and West Asia and North Africa to help them better understand and work with SBP of cereals; (2) help these politically and food insecure regions — in particular, Syria, Iraq, North Africa, and Afghanistan — to re-build SBP capacity; and (3) refine and publish the existing Master Class Theoretical Manual for this Master Class and create an electronic version to be used in future training activities.

This year’s master class was taught by a total of 15 specialists, including three renowned experts from abroad: Timothy Paulitz, Research Plant Pathologist, USDA-ARS, Pullman, WA; Grant Hollaway, cereal plant pathologist, Australia; and Ian Riley, nematologist, Australia. The quality of the scientific program and the participation of SBP specialists from various countries made it a highly successful course.

Among other things, class participants learned how to isolate, extract and identify SBP in order to properly diagnose their SBP problems, as well as use host resistance and other environmentally friendly control methods to control the pathogens. They also focused on how to incorporate SBP resistance breeding into a cereal breeding program and apply molecular biology to identify and breed SBP resistant germplasm.

The class helped to further develop participants’ research management, technical and personal capacities, and hone their proposal writing skills. Finally, it fostered the establishment of a regional network of pathologists (including key CGIAR pathologists) to work on SBPs.

Upon returning to their home countries, participants will become involved in researching SBPs, which will ultimately benefit farmers and the industry. This will also forge better linkages between the master class and other national institutes in the region and enable them to jointly combat SBPs, alleviate hunger and contribute to food security.

This latest course was organized and coordinated by Abdelfattah Dababat, SBP Specialist, CIMMYT-Turkey, as part of the ICARDA CIMMYT Wheat Improvement Program (ICWIP), and funded by CIMMYT, MFAL, Syngenta, The Crawford Fund, ACIAR, and GRDC.

For more information, please contact Abdelfattah A. Dababat at a.dababat@cgiar.org