Planting the seed of agricultural innovation in Africa

We have seen an increased use of improved seed, appropriate technologies and agricultural machinery, all adapted to the specific needs of African farmers. It's time to take this progress even further.

In the last two decades, Africa has taken a leap forward in the development and adoption of agricultural innovations. We have seen an increased use of improved seed, appropriate technologies and agricultural machinery, all adapted to the specific needs of African farmers.

As leaders gather at the African Green Revolution Forum this month, it is time to discuss the best way to take this progress even further, so small farmers across the continent can reap the benefits of sustainable intensification practices and produce more food.

How can we spread access to these technologies and resources and put them into the hands of Africa’s half a billion farmers? How can we best align the efforts of governments, agribusiness and academia? How can we unlock Africa’s agricultural potential and achieve the Malabo Declaration to end hunger by 2025?

It all starts with a seed. Access to quality seed – that stands up to drought, resists diseases and pests, and has nutritional value – helps family farmers adapt to climate change. Bundled with sustainable agronomic practices and technologies, these seeds have the power to unleash an economic shift that could lift millions of Africans out of poverty.

To make this happen, a strong seed system is imperative. Local seed companies need adequate and reliable foundation seed, as well as access to elite germplasm they can include in their own breeding programs. They also want to use new hybrid varieties and improve their certified seed production. Only then they will be able to sell low-cost improved seed to smallholders with low purchasing power and limited market access.

The negative effects of climate change have been felt throughout Africa, particularly for maize farmers. The staple for more than 200 million resource-poor people, maize crops have increasingly been affected by changing climate conditions.

To address this challenge, the International Maize and Wheat Improvement Center (CIMMYT) is developing a breeding pipeline of maize varieties, which are deployed by small and medium-sized local agribusinesses. Working in partnership with national governments, private companies and nonprofits, CIMMYT has so far released nearly 300 climate-resilient maize varieties, adapted to the different agroecologies in Africa.

Despite severe El Nino-induced droughts, farmers growing new maize varieties that withstand heat and drought have yielded twice as much as those with common commercial varieties, helping them ensure household food security. In Ethiopia, the estimated economic value of increased maize production due to climate-resilient varieties reached almost $30 million.

Modern seed production technologyis providing African seed companies with efficient and affordable ways to develop quality seed and get it to farmers.

Through strong public-private partnerships, the amount of climate-resilient maize grown by African farmers has more than doubled over the last eight years, benefiting an estimated 53 million people. The increased volumes of improved seed reaching farmers now is encouraging, but far from adequate.

Traditionally, new varieties can take up to 20 years to reach farmers, but new technologies are helping to speed up the breeding process. Data from flying drones loaded with cameras and other sensors can cut the time to monitor crop health from days to minutes.

The establishment of the region’s first double haploid facility in Kenya reduces the cost and time for breeding work – it enables rapid development of homozygous maize lines and fast-tracks the release of new varieties. It was essential in the emergency response to the deadly Maize Lethal Necrosis, as breeders could release new varieties in just three years, instead of seven. The facility, open to public and private breeders, is currently being used to develop maize varieties that could resist the fall armyworm pest.

New types of small agricultural machines are helping to increase productivity, save time and reduce farmers’ workload. For example, two-wheel tractors allow smallholders to farm with more precision, conserve valuable resources and, ultimately, produce more. Renting agricultural equipment and providing mechanization services is also becoming a way for young entrepreneurs in rural areas to earn a living while giving access to powerful farming tools to family farmers who could not afford them otherwise.

Last June, representatives from dozens of African seed companies and national agricultural research institutions convened in Zimbabwe to establish the International Maize Improvement Consortium (IMIC) in Africa, similar to those already operating in Asia and Latin America. The consortium offers a systematic way to identify and share pre-release maize germplasm, which partners can use in their own breeding.

To address all these issues and democratize access to agricultural innovation, collaboration is crucial. Through past experience, we have learned that partnerships need to be more ambitious and that knowledge needs to be shared across borders. Any new solution must incorporate the expertise and action of national extension systems, private sector companies and other relevant stakeholders.

Donors need to consider long-term funding mechanisms that can operate at a regional and global scale.

Let’s build on the existing success and take it even further. Together, we can build robust seed systems and equip African farmers with the technology they need to envision a safe and sustainable future.

Martin Kropff is the director general of CIMMYT and Stephen Mugo is CIMMYT’s regional representative in Africa.

This article was originally published by Thomson Reuters. 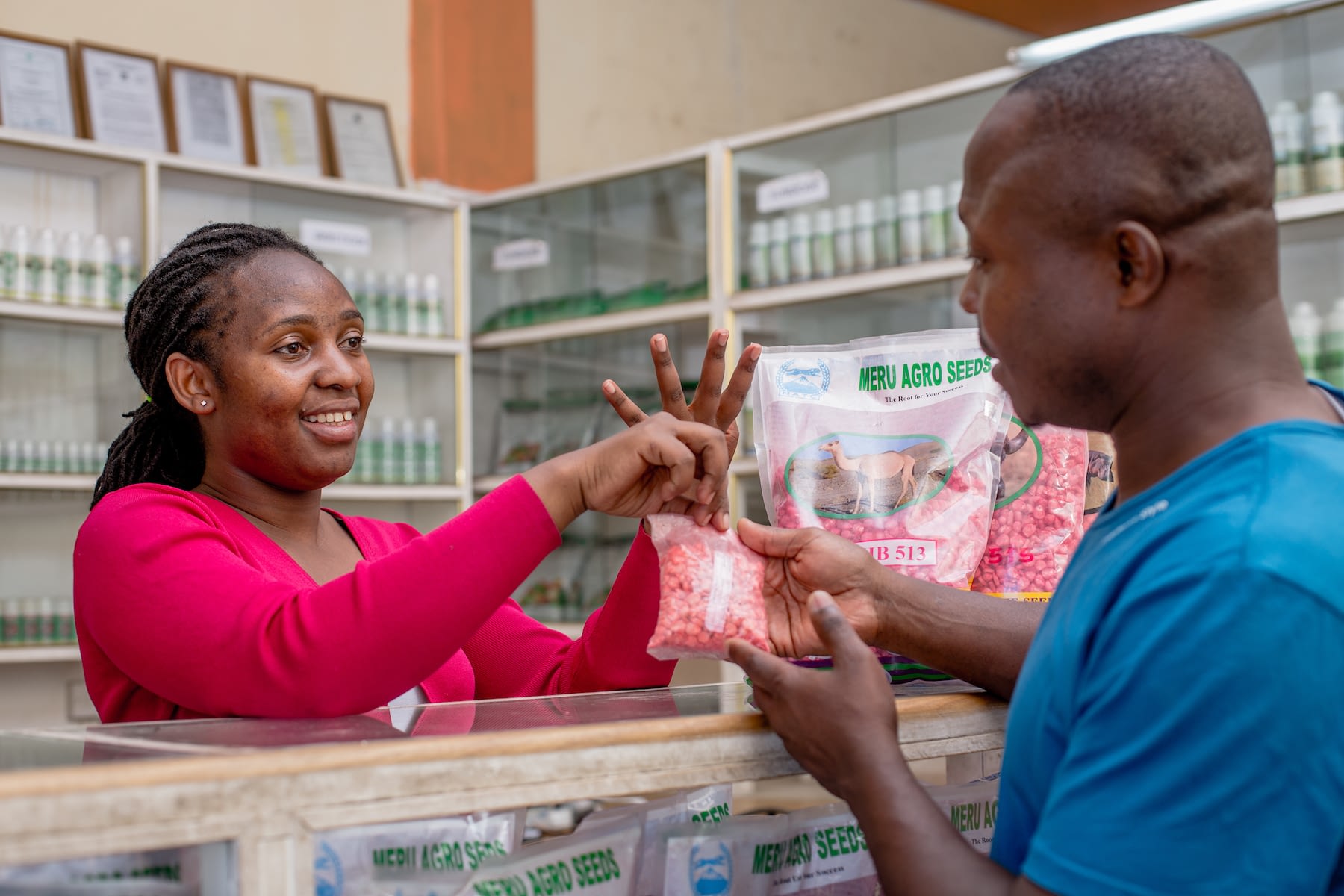 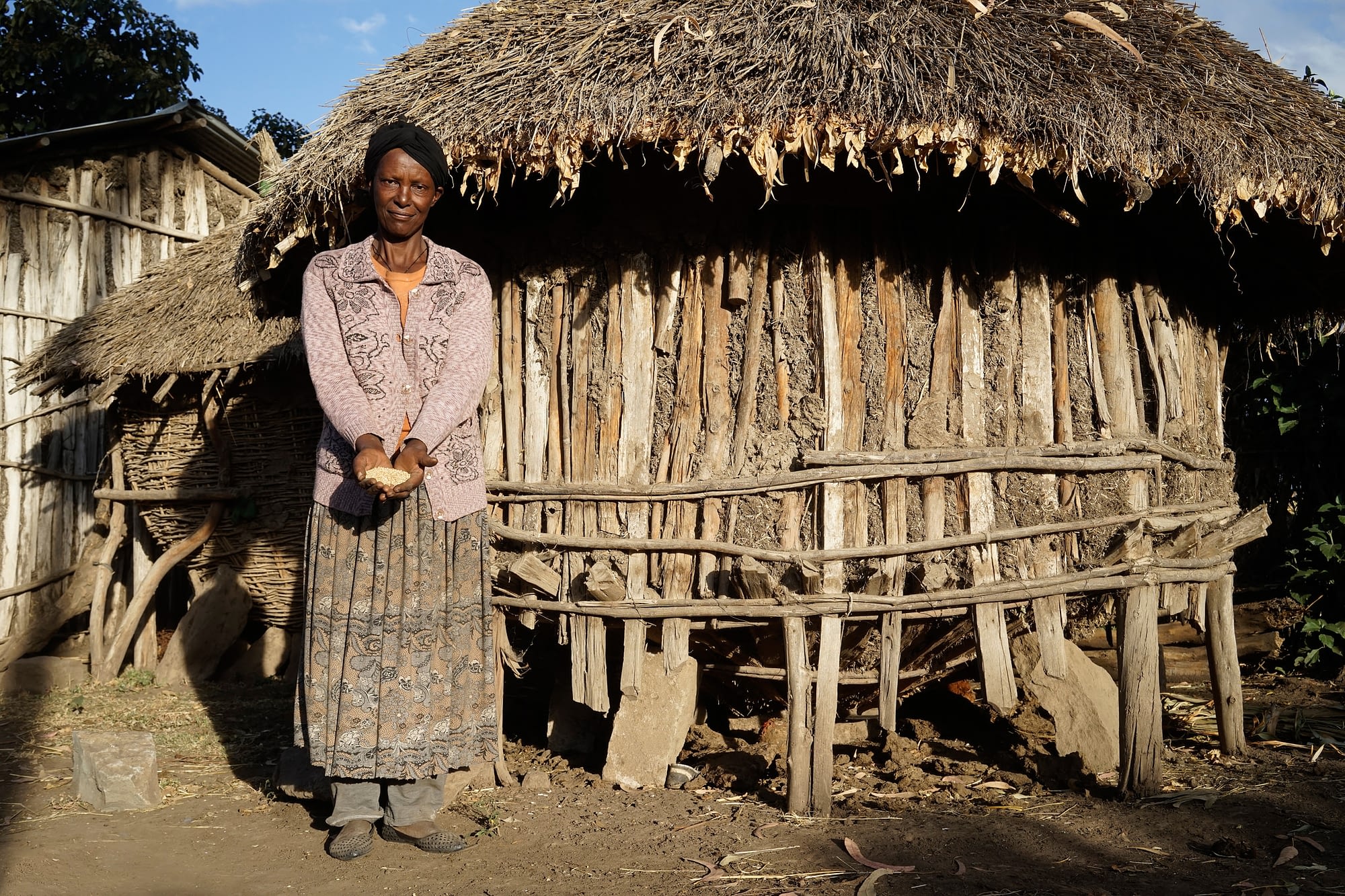 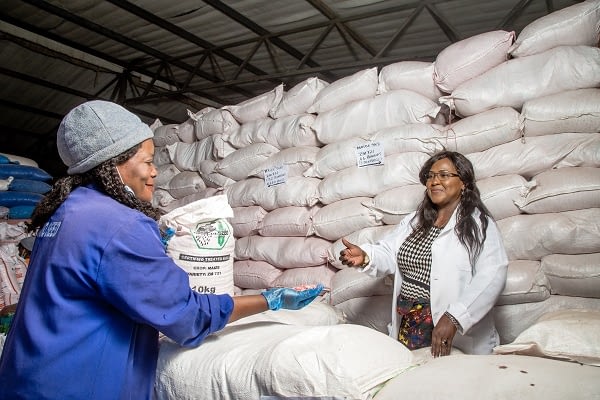