Despite hardships, women running own households provide model of empowerment and innovation

In many cultures, households headed by widows are among the poorest and most excluded population groups. Across diverse rural areas, and especially where customary laws continue to exert strong force, widows are fully expected to relinquish their family home, farmlands, livestock and other assets to their deceased husband’s family — leaving them destitute, even as they must alone provide for their children. The impoverishment and ostracism endured by women and children involved in divorce or separation can be even more severe as they may lose respect from the community.

However, stories of resilience, change and achievement emerged from the testimonies of many women running their own households who participated in a recent qualitative study exploring gender and innovation processes in 27 villages in maize farming regions of Ethiopia, Malawi, Mexico, Nepal, Nigeria, Tanzania and Zimbabwe.

The research, conducted under the umbrella of GENNOVATE, a CGIAR comparative research initiative funded by the Bill & Melinda Gates Foundation, explored how gender norms affect agricultural innovation. It showed that many of the “unattached” women in our sample rated themselves as strongly empowered by their experiences with running their households and with managing their own farms and livestock and petty trades to make ends meet. Moreover, focus groups testified to some of the highest rates of poverty reduction in communities where we received reports of more numerous women-headed households.

These findings are consistent with wider trends underway in sub-Saharan Africa where women-headed households now constitute one-in-four of the region’s households and are experiencing faster poverty reduction than male-headed households, according to a recent World Bank study.  Heavy male migration is part and parcel of these trends.

In our data we found many widows innovating in their agricultural livelihoods and working their way out of poverty.

“I am proud to say that I am one of them,” said a 42-year-old woman farmer from a village in Ethiopia, describing how she lifted her household out of poverty. “I have been moving up since I divorced my husband and started raising my eight children alone. I have rented land . . . and entered into equb (an informal savings group) to buy inputs for my land. I also am growing vegetables as well as selling firewood.”

In another Ethiopian village, a 35-year-old father of six and farmer relates how a widow in his village escaped poverty and became “known in the area for her bravery.” He shares the story of how she got ahead by processing and selling false banana (a root crop processed into a variety of staple goods) in the market, and using that income to purchase a heifer to get involved in cattle breeding activities.

We also heard about a 48-year-old woman in Ethiopia who separated from her husband and managed to provide for eight children by using farming techniques she learned from him and by planting improved maize seeds. She was also one of the first to cultivate potatoes in her area and became one of the female model farmers of her area.

The GENNOVATE case studies set in rural Ethiopia feature more restrictive gender norms — or societal rules governing men’s and women’s everyday behaviors — than many other villages we studied.  These are communities where gender norms highly discourage women from participating in household decision making, moving about their village unaccompanied or engaging in paid work. In order to provide for themselves and their children, it is deemed acceptable for women who head their households to work around these social conventions.

Study participants were careful to distinguish between the more fluid gender norms that apply to widows and other women who head their households in comparison to the more restrictive norms for married women.

A participant in the focus group of poor women in a village of Malawi observed that it is easier for a widow to work for pay, “because they have no one to provide for their needs.”

“They are also free to make decisions about working because they are not controlled by their husbands like married women,” she added. In a poor indigenous community of Mexico, a member of the men’s nonpoor focus group declared that the only kind of women to leave their village in order to vend in a market would be widows, because otherwise women “work in the home.”

One of the most unexpected findings to emerge from the GENNOVATE maize case studies is the disproportionate numbers of women who report heading their households in our sample of semi-structured interviews with women “innovators.” They had been identified for these interviews because they are known in their village as liking to try out new things. Among the 54 women innovators interviewed, 21 — nearly 40 percent — report themselves as de jure heads of household — single, widowed, separated, or divorced. This figure does not include women interviewed who report their status as married but whose husbands may be away working. By comparison, among the 54 men innovators interviewed there was only one unmarried man and one widower.

“I have power and freedom to make most major life decisions because I’m now the husband and the wife,” said a 42 year-old widow and mother of six children from 2 to 19 years old from a village in Nigeria.

During her interview, she shared details of how her yields improved from adopting hybrid maize and new practices such as planting only two seeds per hole. “Before now, I used to drop four to five seeds in a hole,” she said, explaining that she learned about improved practices from the local extension agent.

Women who head their households often face great struggles. In Ethiopia, especially, but in other countries as well, testimonies gathered attest to the hard lives, impoverishment, loss of respect and exclusion still endured by women running their own households.

“All the burden is on me,” said a widow from a village in Nigeria, explaining the difficulty of taking responsibility for every aspect of caring for her family.

Yet, across diverse contexts, we find these women moving about the village, accessing information, interacting with the opposite sex, encountering opportunities to apply new learning and assuming leadership positions. Such findings suggest that surveys which target female-headed households, and compare them with male-headed households, may not accurately capture important barriers to agricultural innovations faced by most women.

Our research suggests that women heads of households may offer entry points for strengthening agricultural innovations at the local level as they can provide role models which may help to shift local normative environments for other women and men. More research is needed, however, to identify approaches for supporting these local change agents in ways that ease stigma, work burdens and other risks. 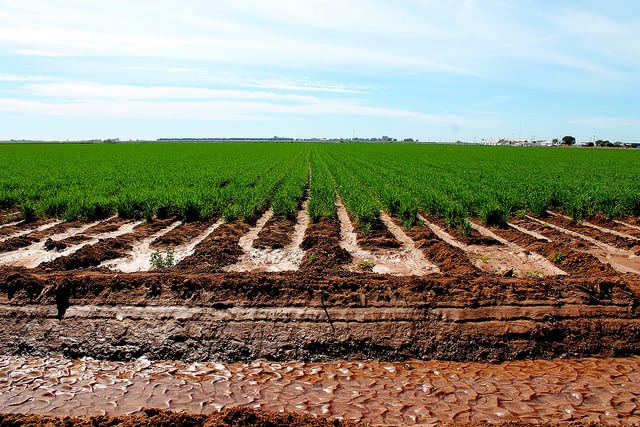 Humanity relies on soils not only for food production but also for a range of vital ecosystem services, its health is essential to a healthy and food secure future.

In a move to bolster gender equity in agriculture, CIMMYT will launch a series of training courses promoting the integration gender awareness and analysis in research for development.