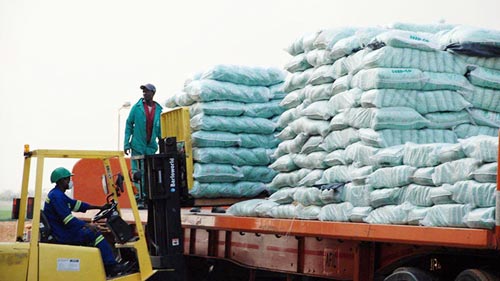 To achieve food security, smallholder farmers in Southern Africa require access to improved seed and inputs for higher yields. “Seed is one of the key movers in agricultural development,” says John MacRobert, New Seed Initiative for Maize in Southern Africa (NSIMA) leader, indicating the importance of going beyond developing improved seed varieties to encompass their dissemination, promotion, and adoption in developing strategies around seed development. These issues, together with NSIMA’s to date progress (the project is in its third phase) and strategies for the next phase, were discussed at a meeting in Lusaka, Zambia, during 7-9 August 2013. About 50 participants from institutions collaborating on the project led by CIMMYT and funded by the Swiss Agency for Development and Cooperation (SDC) were present; among them were representatives from national agricultural research institutes, seed companies, and institutions of higher learning from Angola, Botswana, Democratic Republic of the Congo, Lesotho, Malawi, Mozambique, Swaziland, South Africa, Zambia, and Zimbabwe.

“Some of the challenges of the maize crop can be addressed by research,” said Moses Mwale, Zambia Agricultural Research Institute (ZARI) director, during the opening ceremony. “The rest can be addressed by other players in the maize sector,” he added, emphasizing the importance of collaboration within the maize seed value chain. Challenges such as variable distribution of rainfall, low soil fertility, and heat and drought stress can be addressed by improved varieties from CIMMYT-led projects including the Drought Tolerant Maize for Africa (DTMA) and Improved Maize for African Soils (IMAS). Other climate-change related issues in small-scale farming could be confronted via conservation agriculture. For example, cover crops and crop residue left on the soil help to retain moisture and thus mitigate the impact of droughts. 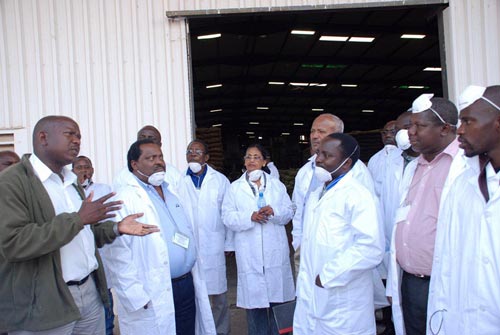 But do smallholder farmers have access to the new seeds, technologies, and information? The answer is often no. “Integrating stress tolerant maize and legumes, such as pigeon peas, beans, and cowpeas, leads to sustainable production systems. We need effective seed road maps to enhance access and availability of improved maize and legume seeds,” CIMMYT regional director for Southern Africa Mulugetta Mekuria said, giving an example of one such gap in the system.

Seed companies and community-based organizations producing seed play a very significant role in fixing these issues. Nelson Munyaka from the SDC Seeds and Markets Project spoke of the success of Zaka Superseeds, a nascent seed company that transformed from a community seed enterprise. MacRobert agreed: “In Benin and Congo, where we do not have seed companies, the community seed producers could learn from Zaka’s experience and grow into full-fledged seed businesses with the proper structures.” DTMA project leader Tsedeke Abate added that mainstreaming drought tolerant maize varieties in the product portfolio of seed enterprises could have a significant impact.

Policy makers in the seed value chain must be engaged as well. “Many projects do not seem to believe in smallholder ability,” said consultant Michael Jenrich. The policies that govern the seed trade tend to vary among the Southern African Development Community (SADC) countries. An SDC-funded initiative to implement harmonized seed laws in all SADC countries to facilitate easier intra-regional seed movement is currently under way. “So far, 10 countries have signed the memorandum of understanding,” said K C Kawonga, SADC Seed Centre interim coordinator. Such laws would enhance seed trade and contribute to food security by ensuring farmers’ access to improved seed, especially during times of disaster. 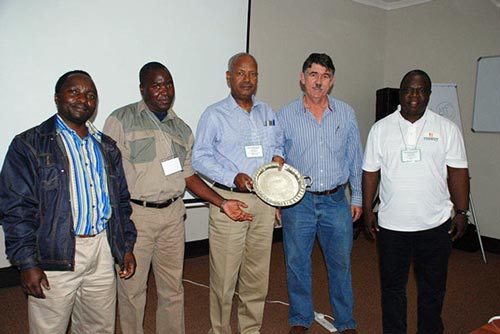 “Private sector players steer away from smallholders viewing them as high risk because of their poor infrastructure, lack of credit, and land tenure, while governments may not view them as a viable investment,” Jenrich summarized the lack of interest in smallholders’ problems. Zaka Superseeds proves them wrong; cooperating with smallholders can, in fact, be beneficial for seed companies, as they can work more closely with the community consuming their seed. Zaka, for example, is removing a product from its selection after consultations with the community during which they found out the discussed maize variety has a long maturity period and is thus undesirable.

The meeting ended on a high note with the announcement of the 2012 DTMA Breeding and Dissemination Awards winners. Malawi won first prize for both categories; the breeding award runners-up were Zambia and Zimbabwe, and Zimbabwe also took second position in drought tolerant technologies dissemination.