Nearly 140 members of the CIMMYT community and valued Mexican partners gathered on 16 April 2013 with the family of Gregorio “Goyo” Martínez Valdés, retired CIMMYT institutional relations officer who succumbed to cancer at 77 on 07 April, in a solemn ceremony in the pine grove at El Batán to commemorate his life and work.

An extension communications specialist by training, Martínez first studied at the Antonio Narro Agrarian Autonomous University in Mexico (UAAAN) and went on to complete MSc (1962) and PhD (1966) degrees at the University of Wisconsin, USA. His education and early employment coincided and brought him in close contact with the emergence of modern agricultural research in Mexico, the joint Rockefeller Foundation-Mexico Office of Special Studies (OSS) that was the cradle of the Green Revolution, and leading national and international figures of that historic time, including Norman E. Borlaug and Edwin Wellhausen.

Martínez was crucial to maintaining CIMMYT linkages with Mexican researchers and organizations, as well as the center’s humanitarian heart, according to director general Thomas A. Lumpkin, who spoke at the memorial event. “When I arrived at CIMMYT in 2008, Goyo pleaded with me to rebuild the relationship with Mexico,” said Lumpkin. “Relationships are [built] person-to-person, not institution-to-institution. Goyo was a master at those relationships.”

According to UAAAN rector, Eladio H. Cornejo Oviedo, Goyo represented the best of the values of his Alma Mater. “We should not forget his legacy,” said Cornejo. “Goyo is a clear example of what [the university] seeks, that alumni should be great scientists but also great persons—builders of bridges, of friendships, of relationships…that foster progress in society,” he said.

Jesús Moncada de la Fuente, director general of the Colegio de Postgraduados, a key partner in initiatives such as MasAgro, recalled a close friendship with Goyo that began in 1957 when they worked together in the OSS, as well as Goyo’s contributions as an editor and teacher in the Colegio de Postgraduados. “He shared his knowledge and experience as a founding professor for our graduate program in rural sociology and extension,” he said. “For his contributions, career, and example, Dr. Gregorio Martínez may be rightly considered among the most outstanding protagonists in agricultural science.”

In an emotional tribute, CIMMYT maize researcher Martha Willcox said Goyo worked behind the scenes with no ego or personal interest, and that no one would ever know the full extent of his contributions. “In 1995 I was asked to work with the Mexican Biosafety Committee to help create regulations for transgenic testing,” she said. “Goyo was my mentor through this process. I think I was in his office three times every day to ask for his advice. He was my sounding board, he helped me arrange high level meetings, gave me advice on personalities…. I owe him a huge debt for his support during that time, as does CIMMYT, because the work that we did together positioned CIMMYT as an honest broker and scientific resource for transgenic work that follows through to the present…. I miss him every day. I wish I could still go downstairs for his advice.”

“He had a big heart, divided into clear portions, and CIMMYT occupied a big chunk,” said Martínez’s son Francisco, who noted his father’s supreme love for work and colleagues. He also brought a portion of his father’s ashes and bequeathed them to CIMMYT.

After the stories and tributes, Lumpkin, Martínez’s widow Cristina Cajiga, children Verónica and Francisco, and other family members and close friends presided over the planting of a memorial oak tree. CIMMYT wheat scientist Roberto Javier Peña noted Martínez’s special role as a mentor and supporter for young students and researchers. “Goyo planted many new ‘trees’ that will go on contributing to the welfare of Mexico and other nations,” he said. 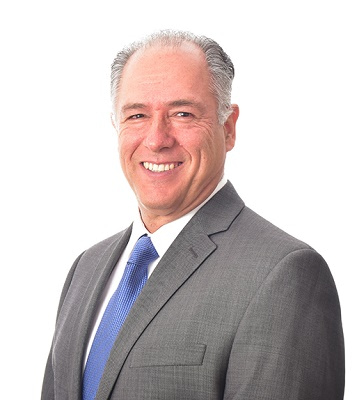 Q+A with Iván Ortíz-Monasterio on nitrogen application and consequences

In this interview, Iván Ortíz-Monasterio, expert on sustainable intensification and wheat crop management, discusses the overuse of nitrogen fertilizer and related consequences, his experience with farmers, and his outlook for the future. 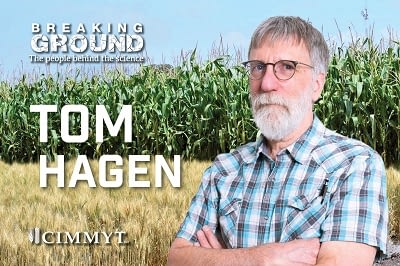