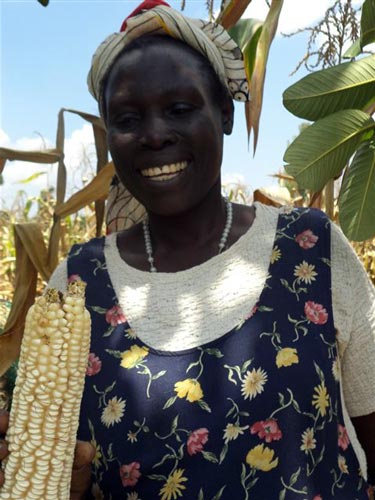 “Women are a key part of the mainstream in agriculture, yet they face formidable obstacles,” said CIMMYT gender and development specialist Vongai Kandiwa during a recent seminar in Nairobi, Kenya. Vongai was speaking on the importance of having a strategy to put men and women’s concerns and experiences at the centre of research design, implementation, monitoring, and evaluation. This involves looking at the socioeconomic settings of men and women to ensure that they benefit equally – often referred to as “gender mainstreaming.” The seminar was attended by colleagues working on various aspects of maize technology development, production, and dissemination. “By closing the gap in access to technology between men and women, we could increase productivity by 30%,” said Vongai, referring to the State of Food and Agriculture report (2010-2011) by the Food and Agriculture Organization of the UN (FAO). According to Vongai, this would contribute to child survival and nutrition, as “women are key to household food security.”

Vongai emphasized the importance of considering gender in our work. She explained that gender shapes patterns of power relations, asset and wealth distribution and control, labor allocations, as well as preferences and aspirations within households. Mainstreaming gender is encouraged by most donors, she said, citing an example from the Bill & Melinda Gates Foundation which encourages moving from neutrality to awareness and finally to gender transformative program design and implementation.

Many organizations may be considered gender “aware”— that is, they are able to generate gender disaggregated data on the stakeholders that benefit from their development work — but transformation lies in using that information to improve the products and services delivered, paying specific attention to women’s preferences. “The woman is the custodian of food in most African societies,” said Vongai. As the ultimate consumers of our maize products, women ought to be involved in the research for development activities. “We have to make it convenient for women to attend activities and pay attention to the composition of groups we convene,” said Vongai. “This could be done by working with women’s groups and using female technicians,” she said. By making a deliberate effort to accommodate women’s needs and voices in the selection of maize varieties, we make it possible to meet their needs. 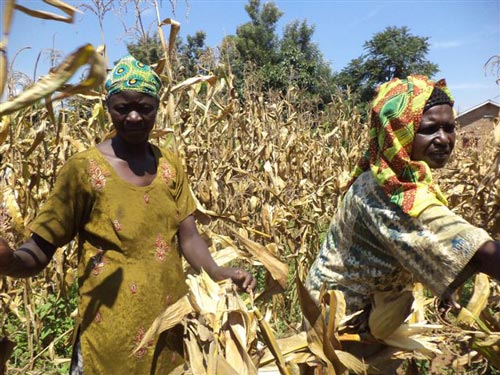 Paying particular attention to research innovations that would reduce the drudgery of farm work for women is also important, highlighted the global maize program director B.M. Prasanna. Prasanna pointed to quality protein maize (QPM) as a product developed with the nutrition needs of end users—and particularly women— in mind. QPM has increased amounts of lysine and tryptophan, important amino acids which improve nutrition. Prasanna also pointed out the promise of pesticide resistant maize that would reduce the burden of weeding for women who often provide most of the farm labor.

“When we take the stance that gender matters, we can start to satisfy the needs of our clients, both male and female,” argued Vongai picturing the scenario when gender considerations will be made in all aspects of our work; breeding, seed systems, impact assessment, and communication.

Nutritious Maize for Ethiopia and gender