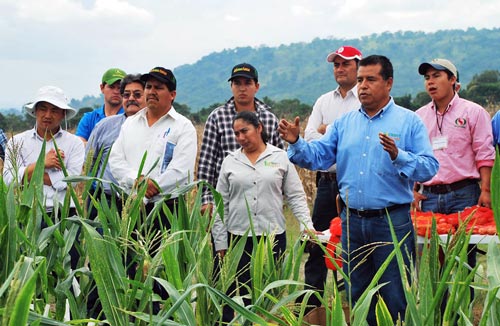 The use of doubled haploids in maize breeding was first proposed more than half a century ago and dramatically reduces the time required to produce homozygous inbred lines. Though widespread in modern maize breeding programs, the technique is little used by public programs and small- and medium-scale seed companies, especially in developing countries, partly due to its complexity. 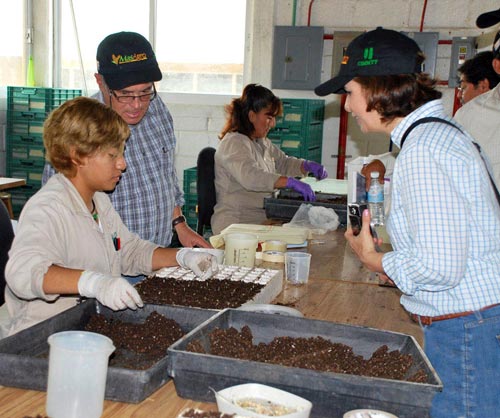 “This is a cutting-edge technology,” says Tito Clauré, Maize Program Coordinator at Bolivia’s Instituto Nacional Autónomo de Investigaciones Agropecuaria (INIAP). “We’re very happy with what we learned about double haploids, but we also attended excellent presentations on statistics, physiology, and database creation.” Clauré mentions that INIAP’s Maize Program is part of the Sustainable Modernization of Traditional Agriculture (MasAgro) project, and has received much useful germplasm from CIMMYT.

“The course was a very good experience for me,” says Victor Moran Rosas, a breeder at the seed company Semillas Berentsen in Mexico. “I’d read about (doubled haploids), but was able to practice all the steps.” Participants widely agreed that a great part of the course was being able to connect with other Latin American maize breeders.