A new pilot program is trying to reach farmers in India with information on weather, pests and climate change — through their mobile phones. CIMMYT launched the “Dissemination of climate smart agro-advisories to farmers in CCAFS benchmark sites of India” project on 15 August in four villages of the Karnal District in the State of Haryana and in the Vaishali District in the State of Bihar on 1 September. The project is led by CIMMYT‘s Surabhi Mittal with IFFCO Kisan Sanchar Limited as the content partner and Kisan Sanchar as the dissemination and implementing agency.

The project has aims to help farmers clarify information about climate-smart technology; help them adopt technologies that could mitigate their risks due to climate change; and to measure how receiving information on mobile phones affects farmers. Its reach covers 1,200 male and female farmers in eight villages and will run for 8 months on a pilot level. Farmers whose mobile numbers are in the project database receive two voice messages every day along with detailed SMS messages – in Hindi when required. These messages give weather predictions, information about pests and remedies, details of climate smart technologies and general information about climate change and solutions. Some farmers belong to the CGIAR Research Program on Climate Change, Agriculture and Food Security (CCAFS) climate smart villages and some belong to control villages in the Karnal and Vaishali districts.

Challenges building this mobile number database included farmers who could not receive messages from unknown numbers. The project team worked with farmers to authorize the messages and get permission from the Telecom Regulatory Authority of India to unblock them. Encouraging women to participate was another hurdle. Due to cultural barriers, men were not willing to share the contact numbers of their wives. Awareness and focus group discussions held in Karnal from 29 to 30 August helped solve the issue. Project Leader Mittal met the Sarpanch, or the elected head, of the villages as well as with government women health workers known as Anganwadi workers. The four villages in Karnal have women Sarpanch, helped mobilize women farmers and women in households headed by men. In Bihar, a female scout is working closely with women farmers and has created women’s groups to for the project.

Customized feedback is built into the project. First, a helpline allows farmers to give feedback and ask for responses to questions. Some questions are instantly sorted out, some are diverted to other experts and some responses are collected and the farmer is called later. The feedback is converted the next day into voice messages if it is relevant to a wider group of farmers. The other form of feedback is filtered back by field scouts who interact closely with the farmers, frequent focus group discussions and through a bi-weekly structured feedback form. Efforts are being made to make the information more relevant, timely, customized and useful for the farmers. The research and field teams have to work closely and proactively to meet the farmers’ diverse requests. Efforts to compile farmers’ correct phone numbers and to make farmers aware of the benefits of learning about new technologies are great challenges. But the enthusiasm of farmers – shown through an increased listening rate to the voice messages and an increasing number of calls to the helpline – is a great motivation for the project team. 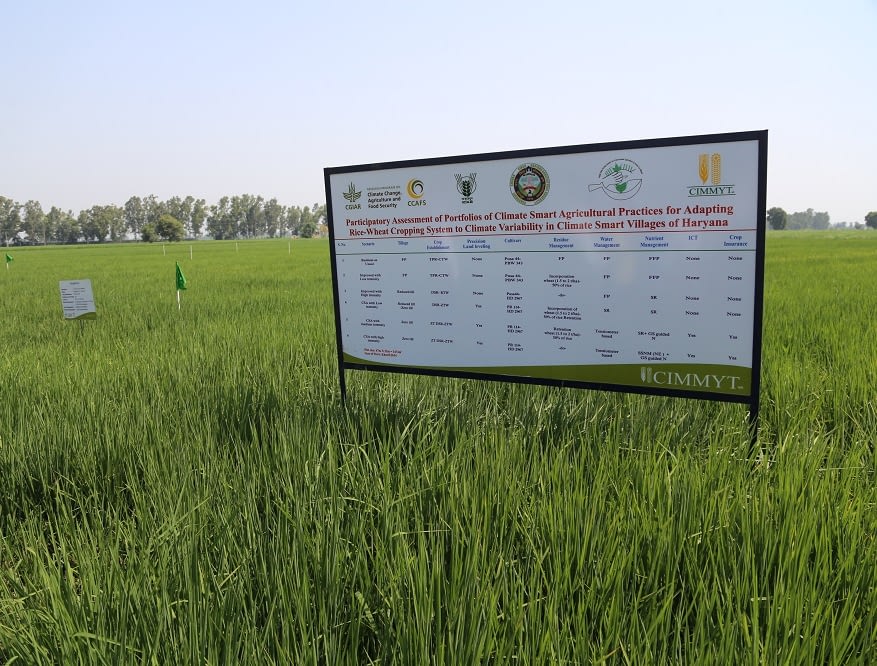