Beachell-Borlaug scholar dreams of giving back to developing countries

Silvano Ocheya is no stranger to the challenges developing countries face in improving agricultural production.

A native of Kenya, Ocheya’s interest in agricultural science started at an early age, growing up on a small farm that his mother ran by herself after his father’s death. “I saw how people back home are struggling, and their lack of knowledge, and thought if we can impact here, we will have an effect on a great number of families, and that is how the country can develop. We can’t think of industrialization until we have enough to feed our families,” said Ocheya.

Now, thanks to his excellent training and education in agricultural science and plant breeding as well as internships and research completed at CIMMYT, Ocheya is gaining the tools he will need to realize his dream of giving back. Ocheya received an undergraduate degree at the University of Nairobi, followed by an internship at CIMMYT-Kenya where he researched maize under his mentors, Dr. Dan Makumbi and Dr. Alpha Diallo. This research would eventually form the backbone of the thesis for his M.Sc. in genetics and plant breeding at the same university. Ocheya is currently pursuing his Ph.D. at Texas A&M University and is a member of Monsanto’s Beachell-Borlaug International Scholars Program, working with CIMMYT to research drought tolerance in wheat and resistance to wheat streak mosaic virus.

After earning his degree he hopes to utilize the skills he has gained to help improve agriculture in a developing country, perhaps his native Kenya. “That’s where I feel I am most relevant. I’ll make more impact if I apply the knowledge I’ve learned in a developing country, to make a difference in the lives of farmers and their families.” For Ocheya, the biggest challenges to agricultural production in Kenya are drought and disease, made even worse by climate change. These challenges inspire him to work to develop drought-resistant seed varieties that also give farmers high yields.

Ocheya also considers lack of information to be a setback for farmers in developing countries, especially for women. “We need to empower women by giving them information. There is a great deal of information out there but it is not accessible, including information like the right seed or amount of fertilizer to buy. Unless we empower them with that information, I think it will be very difficult to make a breakthrough in agricultural productivity,” said Ocheya. He cited the influx of mobile technology in developing countries as a potential platform to build agriculture-based apps that can be translated into local languages, providing a possible solution to this information gap. When asked about his plans for the future,

Ocheya mentioned that in addition to continuing his research he would also like to train young people using the knowledge he has gained. “If you look at the success of Norman Borlaug, for example, he trained thousands of scientists, and that’s how his impact was felt across the developing world. While he wasn’t able to do it himself (in Africa), he had people he could help and he trained them, and I think that’s the approach I will take.” 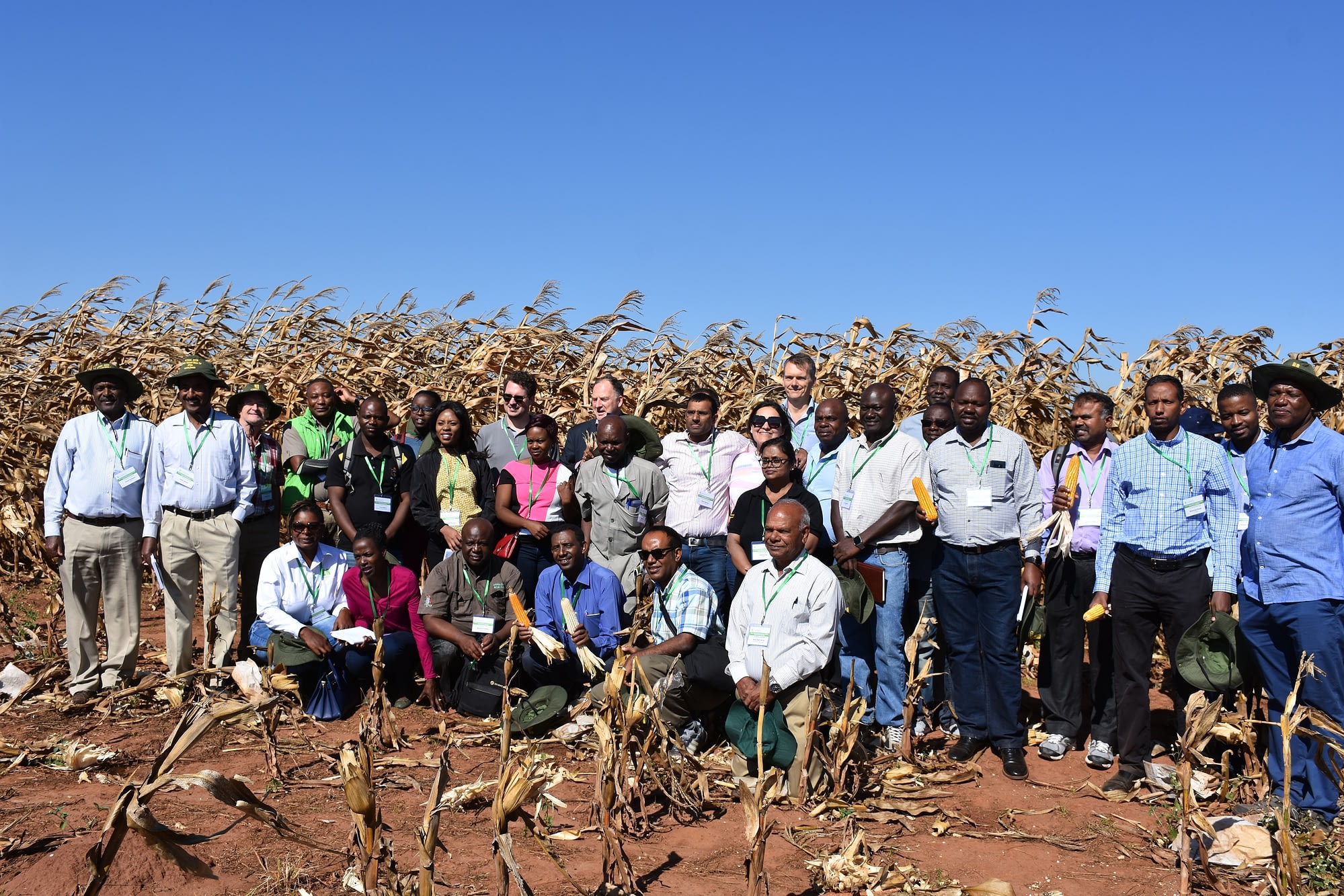