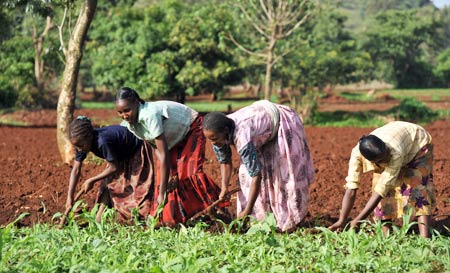 “This program aims to double the productivity of maize farms, while also making those farms more resilient to climate change and reducing the amount of land used for growing the crop,” said Carlos Perez del Castillo, CGIAR Consortium Board Chair.  “As a result, farmers’ incomes are expected to rise and their livelihood opportunities to increase, contributing to rural poverty reduction in developing countries.” 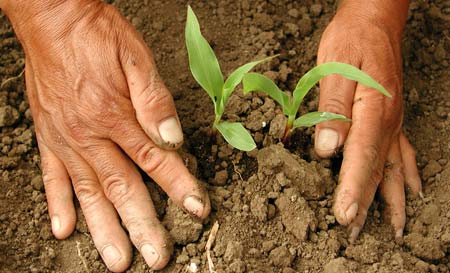 The CGIAR applies cutting-edge science to foster sustainable agricultural growth that benefits the poor. The new crop varieties, knowledge and other products resulting from the CGIAR’s collaborative research are made widely available, at no cost, to individuals and organizations working for sustainable agricultural development throughout the world.

The announcement came as the CGIAR celebrated its 40th anniversary at a ceremony in Washington attended by the President of the World Bank Group, as well as the heads of several of the 15 research centers that make up the CGIAR Consortium of International Agriculture Centers.

Inger Andersen, Vice President of Sustainable Development at the World Bank, and Chair of the CGIAR Fund Council, said the first target group to benefit from the enhanced maize research program would be smallholder farmers who live in environments prone to stress and who have poor access to markets.

“Small holder farmers are among the most vulnerable people in developing countries.” she said. “They should be among the first we seek to help. Enabling these people to produce more and better maize quickly and reliably will help to ensure their well being, as well as that of their communities.”

Studies carried out by CIMMYT show that the demand for maize in the developing world is expected to double between now and 2050.

“This is a highly ambitious project to address world hunger,” said Thomas Lumpkin, Director General of the International Maize and Wheat Improvement Center (CIMMYT). “It will take an enormous amount of work and cooperation between public and private sector institutions to meet the goals. The global challenges facing mankind are immediate and chronic; the time to act is now. Millions of lives depend on our ability to develop sustainable solutions to feed more people with fewer resources than ever before.”

The Consultative Group on International Agricultural Research (CGIAR) is a global partnership that unites organizations engaged in research for sustainable development with the funders of this work. The funders include developing and industrialized country governments, foundations, and international and regional organizations. The work they support is carried out by 15 members of the Consortium of International Agricultural Research Centers, in close collaboration with hundreds of partner organizations, including national and regional research institutes, civil society organizations, academia, and the private sector. www.cgiar.org – www.consortium.cgiar.org

The International Maize and Wheat Improvement Center, known by its Spanish acronym, CIMMYT® (www.cimmyt.org), is a not-for-profit research and training organization with partners in over 100 countries. The center works to sustainably increase the productivity of maize and wheat systems and thus ensure global food security and reduce poverty. The center’s outputs and services include improved maize and wheat varieties and cropping systems, the conservation of maize and wheat genetic resources, and capacity building. CIMMYT belongs to and is funded by the Consultative Group on International Agricultural Research (CGIAR) (www.cgiar.org) and also receives support from national governments, foundations, development banks, and other public and private agencies.