The declining area sown to wheat worldwide, together with stockpiling by China, is masking significant risk in global wheat markets, experts at Agriculture and Horticulture Development Board (AHDB) in the UK caution.

The declining area sown to wheat worldwide, together with stockpiling by China, is masking significant risk in global wheat markets, experts at Agriculture and Horticulture Development Board (AHDB) in the UK caution.

“Less area sown means a higher dependence on yield to meet demand and thus a greater reliance on good weather, which is out of our control,” said Amandeep Kaur Purewal, a Senior Analyst in AHDB’s Market Intelligence Cereals and Oilseeds team, speaking in a recent interview with the International Maize and Wheat Improvement Center (CIMMYT). 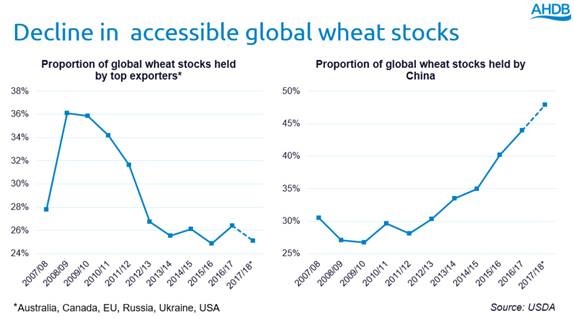 “If there is a production issue—say, drought or a serious pest or disease outbreak in a key wheat growing country—then wheat stocks may not be as accessible as recent, bearish headlines suggest,” Kaur Purewal added. “Bear in mind that the world’s number-one wheat producer, China, is not exporting surplus wheat at the moment, so China’s wheat won’t really be available for the markets.”

Established in 2008 and funded by farmers , growers and others in the supply chain, AHDB provides independent information to improve decisions and performance in UK agriculture.

In “Global wheat: The risks behind the records,” a report published by AHDB in February 2018, Kaur Purewal and colleagues suggest that, despite an unprecedented run of surplus global wheat production in the last four years, there is a relatively small cushion for large-scale importers to fall back upon, if imports become harder to obtain.

“Likely linked to China’s efforts to become self-sufficient in wheat, since 2007/08 the country has increased its stockpile by 225 percent, giving it a 64 percent share of the 138 million ton increase in global wheat stocks over this period,” Kaur Purewal observed. “This and the recent, huge global harvests for maize have saturated grain markets and pressured prices, driving the price of wheat futures to historic lows.”

According to the AHDB report, prices for wheat futures have been relatively stable, but if yields fall and production declines, greater price volatility may return.

“It’s important to remain aware of the market forces and read the news,” she said, “but in the case of the wheat stocks-to-use ratio, which measures how much stock is left after demand has been accounted for, the headlines may not be providing a true reflection.”

“This resonates with the cautionary message of the landmark 2015 study by Lloyd’s of London, which showed that the global food system is actually under significant pressure from potential, coinciding shocks, such as bad weather combined with crop disease outbreaks,” Braun said.

“Price spikes in basic food staples sorely affect the poor, who spend much of their income simply to eat each day,” Braun added. “CIMMYT and its partners cannot let up in our mission to develop and share high-yielding and nutritious maize and wheat varieties, supported by climate-smart farming practices. In an uncertain world, these help foster resilience and stability for food systems and consumers.” 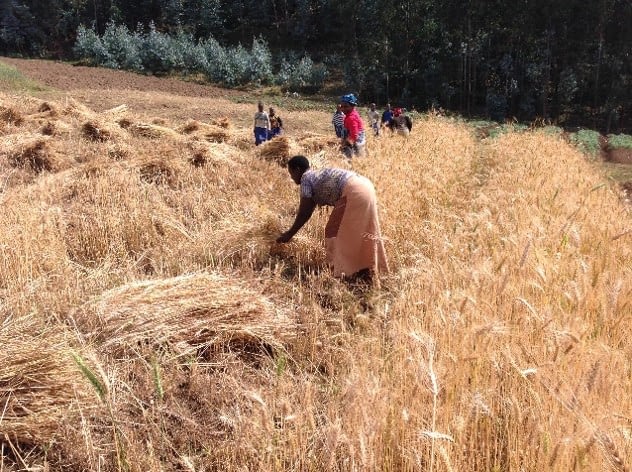 Malnutrition is rising again and becoming more complex, according to the director-general of the world’s leading public maize and wheat research center.