A CIMMYT maize breeder participated in a prestigious meeting of foreign experts in China that garnered national news coverage. Dan Jeffers, who is based at the Yunnan Academy of Agricultural Sciences in southern China, attended the State Administration of Foreign Experts Affairs (SAFEA) meeting on 21 January in Beijing.

SAFEA established a forum for foreign experts working in the country to provide recommendations that further China’s development goals. John Thornton, director of the China Center of the Brookings Institution, proposed the idea two years ago.

Seventy foreign experts attended a consultancy and advisory commission meeting. The meeting was followed by a symposium and dinner hosted by China’s Premier Li Keqiang honoring the Chinese Spring Festival. During the symposium, he thanked the foreign experts for their efforts and encouraged them to put forth recommendations to benefit China’s development.

The meeting made the front page of the China Daily newspaper on 22 January as the lead article and was featured in other news sources. 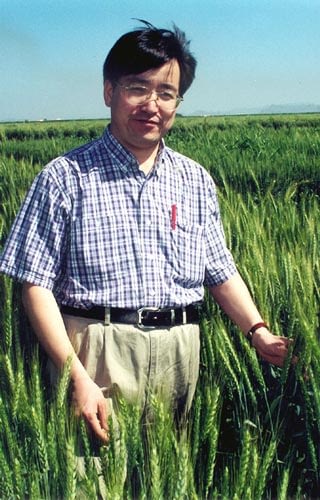