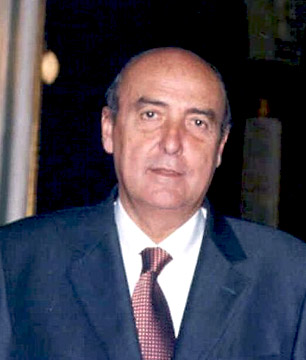 At its Annual Business Meeting in Washington, DC, on 07-08 December 2009, the Consultative Group on International Agricultural Research (CGIAR) announced the selection of Uruguayan Carlos Pérez del Castillo as Chair of the new Consortium of CGIAR centers. Pérez del Castillo has served as special advisor on International Trade Negotiations to the President of Uruguay and permanent representative of Uruguay to the United Nations. He has also worked for the World Trade Organization (WTO) and carried out various consultancy and advising assignments with the Inter-American Development Bank, the Inter-American Institute for Cooperation on Agriculture, the United Nations Conference on Trade and Development (UNCTAD), and the Latin American Association for Integration (ALADI). In 1990 he was awarded “The Dr. Raul Prebisch Award in Economics” by the Association of Latin American and Caribbean Economists, and he is a permanent member of the Harvard University Trade Group. CIMMYT Board Chair Julio Berdegué chaired the Search and Selection Committ ee for the appointment.

The CGIAR at 40 – launch of the MAIZE Research Program by Dr. Thomas A Lumpkin