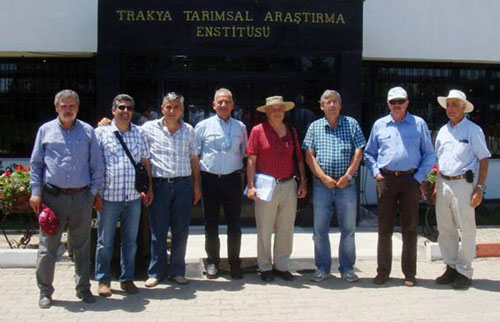 Preliminary findings were presented to representatives of MFAL, CIMMYT, and ICARDA. These were generally positive, particularly in the areas of breeding outcomes and facilitation of germplasm exchange. The group recommended that breeding should focus on fewer traits, and also consider climate change by conducting further research on heat stress and grain quality for the target region. In addition, the breeding scheme should be modified to introduce early generation head rows and yield testing, experimental techniques should be improved, new varieties should be efficiently promoted, and ICARDA-Aleppo activities should focus on trait introduction rather than breeding. The final review document will guide future IWWIP development.