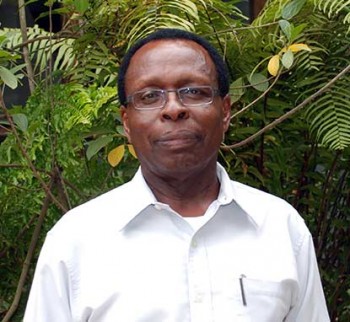 The CIMMYT community celebrates the illustrious life and mourns the passing on 11 December of Wilfred M. Mwangi, distinguished Kenyan scholar, statesman and researcher who dedicated his career to improving the food security and livelihoods of farmers in sub-Saharan Africa. In 27 years at CIMMYT, Mwangi made significant contributions both as a principal scientist and distinguished economist with authorship on nearly 200 publications, as well as country and regional liaison officer, associate director of the global maize program, leader of the Drought Tolerant Maize for Africa (DTMA) project and CIMMYT regional representative for Africa.

“He served CIMMYT with distinction for decades and was enormously important in promoting smallholder maize research in Africa,” said Derek Byerlee, retired World Bank policy researcher who led CIMMYT’s socioeconomics team in the late 1980s-early 90s and recruited Mwangi. “Even more, he was a great human being who was highly-respected throughout the region. Africa and the world are poorer for his loss.”

“My Mother Still Tells Me How to Farm”

Born in 1947, Mwangi grew up in Nakuru County, Kenya. He completed a B.A. in Economics and Rural Economy at Makerere University, Uganda, in 1972 and M.A. and Ph.D. studies in Agricultural and Development Economics at Michigan State University (MSU) in 1975 and 1978. Returning to Kenya, Mwangi eventually became a Professor and Chair of the Department of Agricultural Economics at the University of Nairobi. He joined CIMMYT in 1987.

His career included stints as Deputy Permanent Secretary and Director of Agriculture and Livestock Production in Kenya’s Ministry of Agriculture, Livestock and Fisheries, and as a World Bank economist. As Deputy Permanent Secretary, he served as part of a “dream team” of eminent figures convened in 1999 by Richard Leakey, then head of the Kenya Wildlife Service, at the behest of President Daniel arap Moi, to help reform government administration and procedures.

Mwangi’s research at CIMMYT analyzed Africa’s seed sector and farm input markets and measured and explained the adoption of improved crop varieties and practices, particularly characterizing the concerns and decisions of rural households. He contributed on several occasions to CIMMYT’s popular “Facts and Trends” series on wheat and maize research and global markets. In 2006 he was named Honorary Life Member by the International Association of Agricultural Economists (IAAE).

With typical modesty and humor, Mwangi once observed that: “Despite all my academic expertise and impressive career, my mother still tells me how to farm.”

Messages Praise a Legacy of Leadership, Mentoring and Passion

Knowledgeable in politics and with prominent policy contacts, Mwangi provided untiring and invaluable support for CIMMYT’s Africa-based partnerships and work to develop and promote better maize and wheat crop varieties and farming systems, particularly to benefit of the region’s hundreds of millions of smallholder farmers. “We have such a noble mission,” he once said, describing his love for his work at CIMMYT. “This is a calling; you’re working for the poorest of the poor.”

Mwangi mentored hundreds of young, national program scientists from Africa and elsewhere. He was particularly effective arguing in policy circles for a focus on small-scale farmers and improved agriculture to foster development, according to Thomas A. Lumpkin, CIMMYT director general: “Wilf put on a formal air when engaging his numerous high-level contacts throughout Africa, but it was easy to see through to his practicality and passion for serving resource-poor farmers. He touched the hearts of many, and many share the grief that he is no longer among us.”

Messages praising Mwangi’s life work have poured in from Africa and around the globe. “Wilfred was a straight, no-nonsense person whose door was always open to share ideas and provide advice,” said Richard B. Jones, Chief of Party for the “Scaling Seeds and Technologies Partnership” of the Alliance for a Green Revolution in Africa (AGRA). “He was passionate about his work and was always generous in praise of others who supported his mission.”

Mwangi would often express his dedication and wisdom in pointed insights to kindle change and ambitious action, according to Lumpkin. “Someone once said that leaders should be able to motivate and mentor and above all, leave a legacy,” Lumpkin observed. “Wilfred fit that description, and it falls to us to honor and carry forward his legacy.”

The CIMMYT community sends its heartfelt sympathy and prayers to Mwangi’s spouse, Mary, and children Mwangi, Wainaina, Kibiru and Wangui.

Mwangi will be buried in Nairobi on Tuesday, 23 December 2014. Family and friends will meet daily at the PCEA St. Andrews Church, junction of Nyerere and State House Roads, Nairobi, Kenya, during 16-19 December. 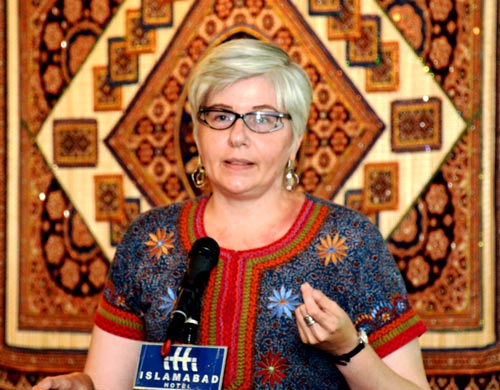