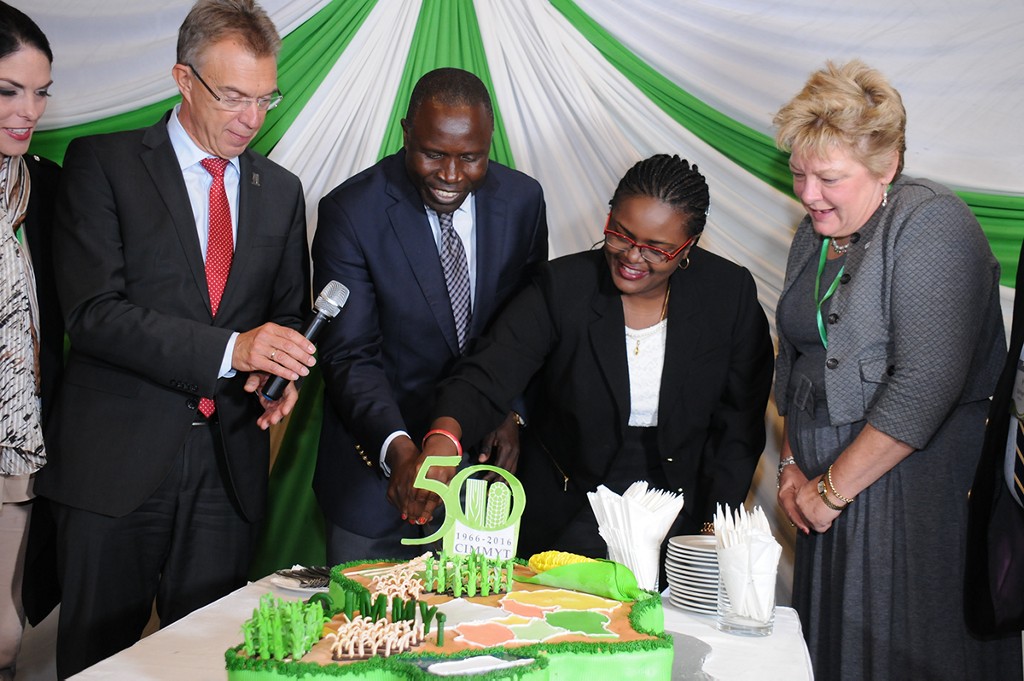 The event was hosted by CIMMYT’s regional office in Nairobi, Kenya, bringing together over 150 stakeholders, partners, dignitaries, donors and staff to take stock of achievements made in the region and lessons learned through five decades of partnership, with a focus on the future of maize and wheat research in the region.

CIMMYT Director General Martin Kropff led the event and encouraged staff to share CIMMYT’s impact in eastern and central Africa and strategic vision the organization has adopted for the future. Guests also had an opportunity to view CIMMYT and partner activities in the three major research sites in Kenya and give feedback on CIMMYT’s work.

Seed companies, national agricultural research organizations and long-serving CIMMYT staff were presented awards recognizing the long and fruitful collaboration between them and CIMMYT.  A tree was planted in honor of the late Wilfred Mwangi, who was CIMMYT’s Regional Liaison Officer in Africa.