Congratulations to two CIMMYT scientists who received fellowships this month. Wheat physiologist Matthew Reynolds (pictured left) became a fellow of the Crop Science Society of America (CSSA) while wheat breeder Zhonghu He (pictured right) received a fellowship from the American Society of Agronomy (ASA). Both awards were presented earlier this month in Florida. They are based on professional achievements and are only awarded to the top 0.3 percent of each society. He, based in China, was promoted to CIMMYT distinguished scientist last year and received the CSSA fellowship in 2009. Reynolds is based in Mexico and received the ASA fellowship in 2011. “I’m honored to be given this award,” Reynolds said. “It’s nice to be recognized.” 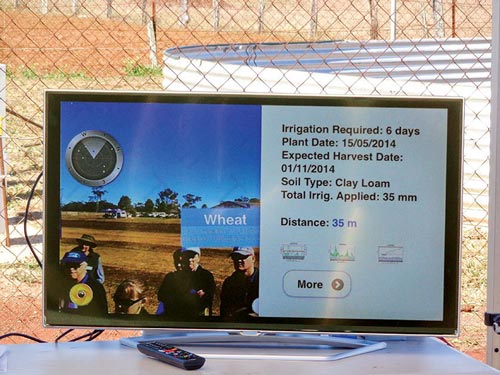 Maize lethal necrosis (MLN) disease, which can cause up to 100 percent yield loss on farmers’ fields, is threatening this source of food and livelihoods for many in the country. Because of this, 40 county officials, including County Executive Committee (CEC) officials who are responsible for agriculture in Kenya’s devolved government structure, visited the CIMMYT MLN Screening Facility in Naivasha, Kenya on 5 August.