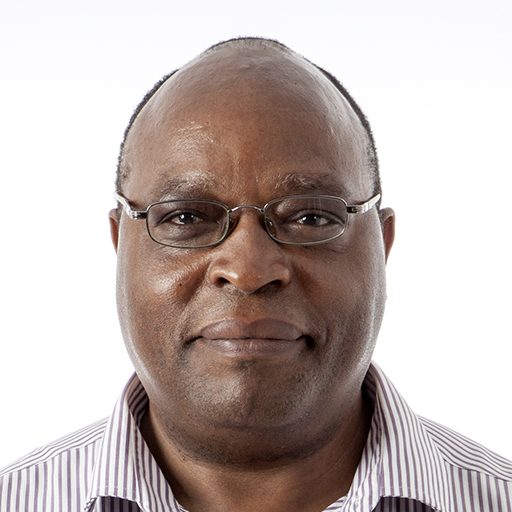 Stephen Mugo is a principal scientist and maize breeder with CIMMYT’s global maize program. He has been a principal investigator and project leader for several research projects, and currently leads CIMMYT’s Water Efficient Maize For Africa project, which improves maize for drought tolerance and insect resistance using conventional and transgenic technologies in eastern and southern Africa. A native Kenyan, he also serves as CIMMYT’s Africa regional representative and Kenya country representative, where he manages CIMMYT’s office in Kenya and provides administrative and liaison oversight of offices in Addis Ababa, Ethiopia, and Harare, Zimbabwe.

Africa’s smallholders to bear the brunt of COVID-19

As COVID-19 pandemic threatens smallholder farmers, it could be an opportunity to shift priorities and increase support to agriculture.

Consolidating gains made and options that address fall armyworm

Stephen Mugo says there is a need to mechanize agriculture for improved production.

Planting the seed of agricultural innovation in Africa

We have seen an increased use of improved seed, appropriate technologies and agricultural machinery, all adapted to the specific needs of African farmers. It’s time to take this progress even further.